We chat with the outspoken queer musician about his upcoming EP and how he deals with insane internet trolls. 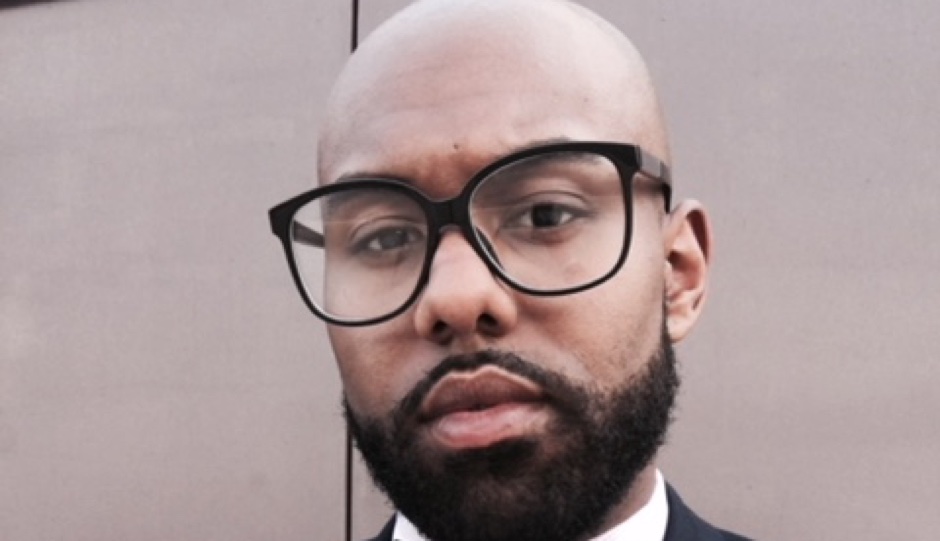 Kareem D’Ant is a local queer musician and popular activist on social media. We chat with the outspoken artist about being out in Pennsylvania, his upcoming EP, and how he deals with insane internet trolls.

Tell us a little bit about yourself.
My name is Kareem David Anthony, but my stage name is Kareem D’Ant or, as some may know me on Twitter, as “The Zesty Queer.” I’m 25 and from Lancaster, Pa., but Philly is like my second home and I look forward to the day I can make it permanent. My primary job is that of a retail worker, but I’m a singer/songwriter, actor and dancer part-time. I also have a YouTube account called “The Miseducation of A Black Gay Guy,” where I provide informative content about LGBTQ issues and matters that affect the black community. On the fun side, I love to eat, read, and love history. I’m also single, so if anybody is looking for a date … I’m free!

You’ve been exploring music for years. What has been your general experience doing so as a millennial queer artist from Lancaster?
Music has been a lifesaver in so many ways. I started singing at a very young age and come from a family of gospel singers. I didn’t realize I was talented until the 4th grade, when I had a solo that brought my family to tears and received a standing ovation. Even then, I didn’t realize how truly talented I was until my high school choir directors at J.P. McCaskey High School, Tim Sterner and Colette Stephens, pushed me out of my comfort zone to sing major choral pieces and worked with me to be a better singer. I’m truly grateful for them because they saw the potential I had long before I saw it in myself. After I graduated, music took a back seat and I wandered aimlessly to find what I wanted to be in life. I made some poor choices early on, but music was always there to keep me grounded and save me when I couldn’t save myself. In 2015, I started to really fall back in love with music again and it has pushed me to pursue this head on. As a black queer millennial in Lancaster, Pa., there’s not many opportunities for myself to sing the music I want. I struggled to find footing that once pressured me to consider giving up on my dreams. Lancaster, Pa. is white-dominated and the music I want to sing—people wouldn’t necessarily connect to it. However, someone has to break down those barriers so that people like myself can be able to express their art like they want to. So I decided to start going to open mics, testing out content and stuff people received well, and I decided that I would take the next step and put out music. It’s been a truly liberating experience.

You have gone viral several times on Twitter when posting about the social disconnect within the LGBTQ community. What are some the major reasons why you have taken to social media to call out these issues?
Well, I took to social media initially to just vent. In the past, I’ve been silenced by bullies or people that didn’t like me and I used to keep a lot of things bottled up inside because I felt like voiceless. I also tried to keep a level playing field and didn’t want to make people mad and sought popularity. I kept things to myself and strived not to be controversial. You can say that I was in my own version of a “sunken place.” But after the Michael Brown shooting in 2014, I finally had enough of playing nice because that tragedy woke me the hell up. I started to become more vocal and just vent naturally. Little did I know that people actually started to pay attention and my online following grew. I became more unapologetic about my views this year and that’s due to a break-up I experienced in 2016. I continue to speak out against the injustices of the country that black/brown people face, especially when it pertains to my queer and trans siblings of color. I always say that black/brown queer and trans folk are shunned by society but also shunned by the “communities” that we’re a part of, and I wanted to make it very clear that we have to do better and educate each other. Society often talk about moving forward and being unified to reach liberation, but how are we supposed be unified while being continuously thrown under the bus? This is why I speak out and try to inform people so we can reach a point of true equality and equity for all.

Is there any particular life experience that shaped your music?
I’ve always wanted to record my own music for the longest time, but I was always scared to put myself out there. I used to be bullied a lot. I was always told I wasn’t handsome enough, talented enough or smart enough by my peers, and that took a toll on me. In 2016, though, I was gaining some confidence and started to try some music out. I put my music on hold after I entered a relationship with my now ex-boyfriend I became totally dependent on. It wasn’t until September 29th, 2016, when the now infamous Darryl DePiano ICandy n-word video surfaced, that I had my epiphany. My ex, who was white, worked at ICandy during the controversy, and when I brought up how I felt as a black queer man, he defended Darryl’s actions. As someone who doesn’t condone racism and has family members that have shared stories of what it was like in the 1960s—ironically, we experienced some of that with Charlottesville —I could not stand be with someone who condoned such behavior. It would be hypocritical of me to allow myself to be with someone who did, while also preaching against racism online. So I broke up with him, but it wasn’t the amicable split I was hoping for. In order to get my feelings out, I wrote music—about four to five songs a week after that incident. I found my purpose to live. I realized that I had been given these talents for a reason for a true purpose. After standing up to my ex, it made me realize that my purpose is to educate, bust down doors, and contribute to change so that kids like me could have it a little easier to navigate through life. I thank my ex, Ryan, for this—and even though his break-up words were disgusting and harsh—I’m grateful that they helped me unlock my potential.

Your EP, Zesty: The EP, drops this weekend. What inspired the project and what do you have in store for fans?
I started recording Zesty: The EP on and off throughout the year, and it was initially planned out to be a full album called The Storybook: Foreword, but nothing was really meshing. I’m a perfectionist and I like to stick to concepts. So I went through the songs that I did record and picked a few that I liked and decided to just do an EP to give people a taste of what I’m capable of. Zesty: The EP, which was very difficult for me to record because I invested so much money and time into, features a variety of genres. People peg me as an R&B artist, which I love, but I’ve also branched out to different genres. There’s grunge rock, neo-soul, and for the first time ever, I’m showing my hidden talent of rapping on this project. I wanted to show that people may put you in a box, but that doesn’t necessarily mean you have to stay within it. Although this first go-around with a solid music project won’t be perfect, I’m proud of myself for actually stepping out and sharing myself with the world. I don’t even care if anyone likes it. This moment is bigger to me than just music and is so very full-circle for me. Last year around this time, I ended a chapter in my life that was a very low point. Now, I’m starting a new chapter and I cannot believe people are actually excited to hear this. It’s surreal. I have to pinch myself sometimes.

If you had only one message for all the internet trolls who gravitate toward your racial justice social media posts, what would it be and why?
What I would say to internet trolls who come into my mentions on a regular basis is that you are only denying the inevitable. Whether you like it or not, people of color and LGBTQ folks are beyond fed up with the mistreatment that is faced by this country and even globally. It’s only a matter of time until true equality and equity becomes a thing, and although I may not see it in my lifetime, I do believe my generation and the generations following will be the change that this country really meant to see. Trolls can either get in formation or we will kindly get them in formation if needed—but change will happen. But in the meantime, I’ll pray for you, hit the block button, and reclaim my time.