The Birds and Chickie’s & Pete’s have agreed to a new partnership deal that will keep hungry fans satisfied for years to come. 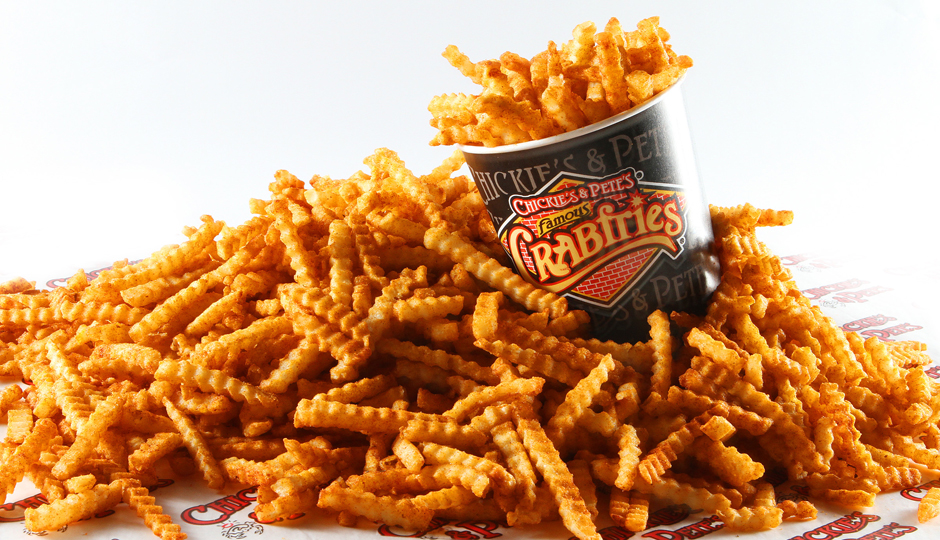 Hungry football fans don’t have to worry about Crabfries leaving the menu at Lincoln Financial Field any time soon with the Eagles and Chickie’s & Pete’s agreeing to a new five-year partnership deal, the two sides announced in a release on Wednesday.

Under the terms of the deal, concession stands at the stadium will continue serving up the local chain’s extremely addicting Crabfries – which are well on their way to becoming a staple of the Philadelphia diet, if not already. Additionally, Chickie’s has been named the “Official Caterer of the Touchdown Club,” so more deep-pocketed fans can enjoy the deliciously seasoned side dish and other bar food as well.

“We are so excited to launch this new partnership because it brings two hometown brands together,” said Brian Napoli, the Eagles’ VP of Corporate Partnerships. “Chickie’s & Pete’s is a respected family business that has called Philadelphia home for decades. As many in the Delaware Valley know, their Crabfries have always been a fan favorite and when you add that with Eagles football, it’s a recipe for success. Having the ability to serve Chickie’s & Pete’s at Lincoln Financial Field enhances our ability to deliver a first-class dining experience for fans.”

The partnership will also feature a stronger branding presence at the Linc for Chickie’s, including more prominent messaging on the stadium’s LED boards, end zone boards and concourse levels.

“As a lifelong Philadelphian and someone who is a rabid Eagles fan, I could not be more excited about the partnership,” said Pete Ciarrocchi, CEO of Chickie’s & Pete’s. “This is a partnership I have been looking forward to for quite some time. We have always had a very close relationship with the team as a whole, as well as with Eagles players and coaches. This deal simply makes formal what has been a great relationship for many years.”