LISTEN: Meet the Retired Black Cop Who Became a Whistleblower

On the season finale of Pushback: As a Philly cop, Rochelle Bilal exposed malfeasance on the force. She’s continuing the fight as a leader with the National Black Police Association. 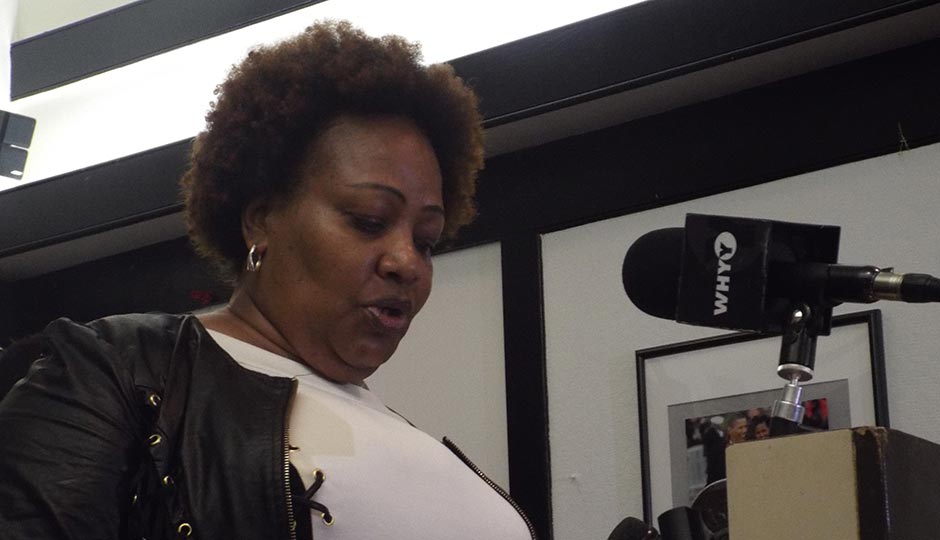 Rochelle Bilal, President of the Guardian Civic League, details allegations of racism and corruption at the Philadelphia Police Department. Photography by C. Norris © 2017

The season finale of Pushback, the podcast co-produced by Philly Mag and WURD, is now available. Listen and subscribe to the podcast on iTunes, or check it out below.

Among the Philadelphians who would be least surprised by recent allegations of racism in the Philadelphia Police Department is Rochelle Bilal, an outspoken black woman and civil-rights advocate who, upon joining the police academy in the mid-1980s, claims to have encountered “true, straight-up racism.”

Bilal — who grew up disliking police due to the way they patrolled her North Philadelphia neighborhood like an occupying force, sometimes brutalizing residents — retired from the force in 2013 and today is the president of the Guardian Civic League, the Philadelphia chapter of the National Black Police Association. Located on Girard Ave between 15th and 16th streets, the GCL recently hosted a press conference at which Brian Mildenberg, a civil-rights lawyer, and Bilal, who maintains a leadership position with the local chapter of the NAACP, detailed allegations of racism and corruption made by six PPD employees in the Narcotics division. Among other things, whistleblowers from within the PPD narcotics division say that a police corporal had been parking his personal car, which had a Confederate flag insignia on the license plate, on city property.

A week before the press conference, Bilal taped an interview for Pushback, the social justice podcast produced and distributed by Philadelphia magazine and WURD Radio. She hinted then that the Narcotics division controversy would soon hit the news. Bilal asserted that the corporal’s decision to decorate his license plate with such a symbol is emblematic of the department’s pervasive culture of white supremacy.

Obviously, Bilal isn’t afraid to speak up. “I’m not scared of anyone,” she said. “Man doesn’t scare me.”

As a Philly cop, Bilal often blew the whistle on malfeasance, and she’s continuing the fight. When you stand up and speak out, Bilal said, “you got to be prepared to fight and take the backlash.”

Retaliation is not a foreign concept to Bilal. She dealt with it when she initiated a class-action lawsuit against the PPD for allegedly allowing its employees to post racist and offensive content to Domelights.com, a message board popular among PPD officers who were known to post while on the job. Domelights was eventually shut down. “My life was threatened,” Bilal disclosed on Pushback.

Currently, Bilal is working with two female officers from the 39th Police District who she says are being retaliated against for complaining about a supervisor, in addition to helping the six narcotic cops. Given her experiences, it should surprise no one that a major political goal for Bilal is one germane to whistleblowers.

“I’m trying to figure out a witness protection program for police officers who come forward,” said Bilal, who promised to be unrelenting in pursuing it with both the district attorney and the police commissioner.

Bilal gives a fascinating interview on the season finale of Pushback. She reflects on the Frank Rizzo era and what should become of his statue, explains why she doesn’t connect with the ‘Blue Lives Matter’ movement, and outlines the differences between good and bad cops. Check out the audio below. If you like it, share it with your friends and tweet us @PhillyMag and @onwurd!