We chat with the City Council staffer on being out in politics, defending DACA, and dismantling Latinx queer stereotypes. 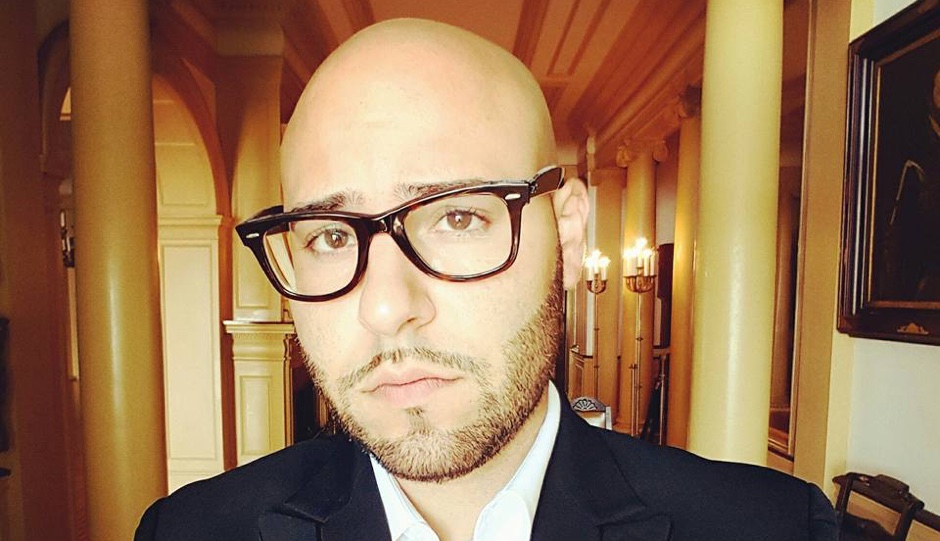 Rafael Alvarez Febo is the community economic development coordinator for the Office of City Councilwoman Maria Quiñones-Sánchez. We chat with the long-time social justice advocate on being out in politics, defending DACA, and dismantling stereotypes about the Latinx queer community.

Tell us a little bit about yourself.
I’m from Canovanas, Puerto Rico, in the part of the island that is currently being hit by hurricane Irma; my people are in my thoughts right now. I was raised in Camden and came to Philadelphia for school in 2006. I’ve been living and working in Philly ever since. I currently live in North Philly’s Norris Square neighborhood, which has really become home to me; so much so that you would likely see me in my chancletas (flip-flops), shorts, and a T-shirt on my block during warmer months. I’ve worked in many nonprofits, including the Pennsylvania Horticultural Society, Youth United for Change, and Norris Square Neighborhood Project. I’ve served on a few boards, including as the former president of GALAEI’s board for four years. I try to keep busy in the various communities I belong to (Latinx, LGBT, activist, etc.). I really like to find solutions to problems and then get things done!

You’ve been working in city politics as an openly gay Latinx for years. What has been your general experience so far advocating in Philly?
Yes, I’ve been working in many capacities, including carrying out capital improvement projects in parks and recreation centers and working with community development corporations for the office of City Councilwoman Maria Quiñones-Sánchez. It’s been four years, and the experience has been a mixed bag at times. I will say, as a cis-gender light-skinned Latinx man, I know that I am not as affected by the types of discrimination that people without my privilege suffer. I have definitely struggled to reclaim space when I’m in a room full of straight, older white men. It can be tough when you have an engineer or architect telling you how a neighborhood park should be designed when they don’t live in your ’hood. I’m very no-nonsense and have been known to be a bit sharp when I feel people are trying to undermine the office I work for, the constituents we represent, or me personally.

As far as advocacy, I believe the inside-outside strategy of organizing is really useful in moving the needle toward justice. It can feel extremely frustrating at times because I do want to take to the streets and organize actions, but I do know that at times I represent the government and am the “target” (in an organizing sense of the word). I always try to do everything I can to advocate from the inside and inform people on the ground what the landscape is.

You have been very vocal about immigrant rights and Trump’s recent assault on Deferred Action for Childhood Arrivals (DACA). What unique impact will the repeal of DACA have on queer Latinx Philadelphians?
I will preface my response with this: The people of this country elected a person who embodies the fear of losing their “majority” status and access to privilege. DACA is a policy that helps the nearly 900,000 undocumented people in this country who did not choose to come to this country or break any laws in the process. You wouldn’t be punished if, say, your dad used you college fund account to launder money when you were 6, would you? I know that sounds like a farfetched “white collar” crime, but the punishment of the child would be just as absurd. Queer Latinx people have so many issues to deal with, from poverty to lack of access to medical and education; our immigration or citizenship status should not be compounded onto those experiences. Additionally ICE’s policies are overtly racist and targeted against Latinx individuals (I have yet to hear about reports of raids on undocumented people of European decent). We have to push for real immigration reform from Congress now!

There is often a question as to where the queer Latinx community can be found outside of service organizations, such as GALAEI. What would be your advice for someone in the community looking to make a connection?
I guess it would depend on what connection you’re trying to make. Most Latinx people live in parts of South Philly and a very large part of Eastern North Philly. I’ve found that we are part of all of these neighborhoods in really integral ways. Since I lived in Philly, what I have seen are “pop up” queer gatherings/parties at neighborhood bars and clubs, Sammy’s place on North 5th and Jefferson still does some queer events from time to time. You will likely connect with queer Latinx people on your block at a house party or at the corner bar. I will not sugar-coat and say we don’t have homophobic people in the hood, but I think you’re more likely to experience racism in Center City. In short, “We out here!”

If there is one misperception about queer Latinx people you would want to end now in Philly, what would it be and why?
I feel like people in the mainstream LGBT community need to realize that all Latinx people are not the same; we are not a monolithic group. To put that into perspective, we populate nearly the entire Western hemisphere of the earth. There are 21 Latinx countries with distinct cultures and beliefs. When we move here, we don’t shed those core values because others deem them undesirable. I have observed the intellectualized silencing of Latinx people because we don’t all use key terms or lingo that the mainstream LGBT community uses. Moreso I feel people think we will just gravitate to the Gayborhood to be with other LGBT individuals; this is not the case. Most of us would rather be with family or a small groups of friends, whether it be at home or at the corner bar. We don’t all feel the need to separate from our Latinx brothers and sisters because we are queer.