City Hall says Michael Karloutsos's Water Works restaurant, which closed in 2015, hasn't paid all of its bills. Karloutsos's wife says it owes much less than the city claims. 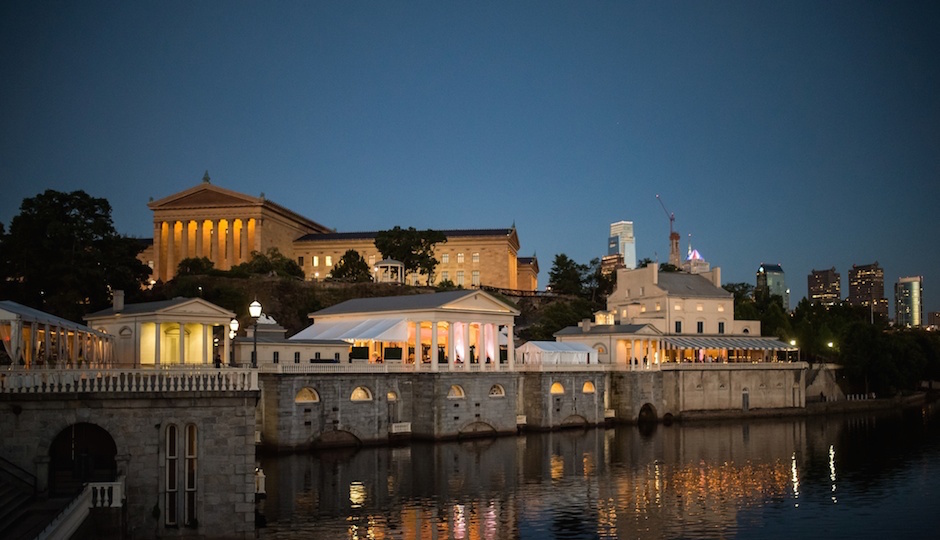 Michael Karloutsos’s Water Works Restaurant and Lounge closed in 2015, when the Cescaphe Event Group took over. | Photo by Melissa Kelly

Michael Karloutsos, a political heavy-hitter who owned Philadelphia’s upscale Water Works Restaurant and Lounge for nearly a decade, landed a high-level job at the U.S. Department of State in July.

Perhaps that means his company can finally pay off the giant bill that City Hall says it owes.

In January 2016, an arbitrator issued a $403,903 award against Karloutsos’s now-shuttered restaurant, arguing that it had failed to pay years’ worth of utilities and gross sales fees to the city. The Kenney administration told Philadelphia magazine that Water Works hasn’t forked over $109,345 of that award.

Karloutsos declined to comment, but his wife and co-owner, Anastasia Karloutsos, said Water Works owes only $38,019 and will satisfy that debt by early 2018.

Karloutsos first inked a concession agreement with the city to open a restaurant inside its legendary Water Works building, located at the foot of the Art Museum, in 2005. He agreed to pay the local government a security deposit, minimum annual fee, utility bills, and a percentage of the eatery’s gross sales.

But, in 2012, an investigation I conducted for the Daily News and WHYY found that the city had paid for Water Works’s utilities for several years. Officials admitted they had “dropped the ball administratively and failed to issue the bills.”

Afterward, the city issued retroactive utility bills to Water Works. The restaurant disputed them, however, and the local government decided to ax their concession agreement. Water Works sued in response, claiming that City Hall had “smoked them out” by raising utility bills, failed to fix the building’s leaks, and refused to provide enough parking spaces, among other things.

Eventually, the two parties agreed that they would sort out their disagreements through arbitration, and Water Works would sell the concession to Cescaphe Event Group. The restaurant closed in 2015, and the arbitrator awarded nothing to it.

The city said that part of Water Works’s sale of its furniture, equipment, concession agreement and other assets to Cescaphe, which it garnished, covered most but not all of the arbitration award.

When contacted by Philly Mag, Ms. Karloutsos claimed that Water Works owes much less than the city said it does for two main reasons. First, she said, the arbitrator miscalculated the utilities owed by the restaurant. She said Water Works actually overpaid for those bills by nearly $30,000.

Judith Meyer, the Haverford-based arbitrator, said, “I am not allowed to comment on an award that is final.” However, she said, if a party disagrees with an arbitration award, they can request a rehearing or clarification, and “I’ve not received one.” (Asked if she planned to challenge the award in court, Ms. Karloustous did not respond.)

Secondly, Ms. Karloutsos said, she believed the Cescaphe sale proceeds would more than cover the arbitration award when combined with the aforementioned utility payments. Cescaphe paid for the sale in installments that were originally scheduled to end in 2018.

But the city’s cashed checks from Cescaphe, which were provided to Philly Mag, show that Cescaphe deducted almost $69,000 from its payments for damages; the city also said Cescaphe finished paying for the assets about a year earlier than its planned date in 2018.

Ms. Karloutsos said she did not know Cescaphe had finished paying for the sale, apparently because the money was being garnished by the city. This is perhaps why, in part, she believed Water Works’s debt would be satisfied by next year. After being shown the city’s checks, however, she still strongly insisted that Water Works does not owe the city $109,345, arguing that Cescaphe cannot unilaterally deduct money for damages. “We didn’t approve any deductions from Cescaphe,” she said.

According to the city, Cescaphe didn’t need Water Works’s permission to make those deductions, thanks to its asset purchase agreement with the restaurant. It reads:

To the extent buyer is entitled to be indemnified by seller for any damages hereunder, buyer may (but shall not be required) set off against (and deduct from) any payment owing to seller.

Water Works and the city disagree over a few additional accounting details, such as how much money the government garnished from the restaurant’s bank account in 2016.

Andrew Richman, a city attorney, said Ms. Karloutsos “should speak with her attorney and read the asset purchase agreement.”

Ms. Karloutsos also pulled no punches, saying, “The city bullied our small business and forced us to cut our losses and move on. We are extremely proud in our Herculean effort in restoring the Water Works into a fine dining destination.”