Two teachers, a parent chaperone and an entire Mt. Airy grade school class required medical attention after their bus overturned in Maryland this past May. 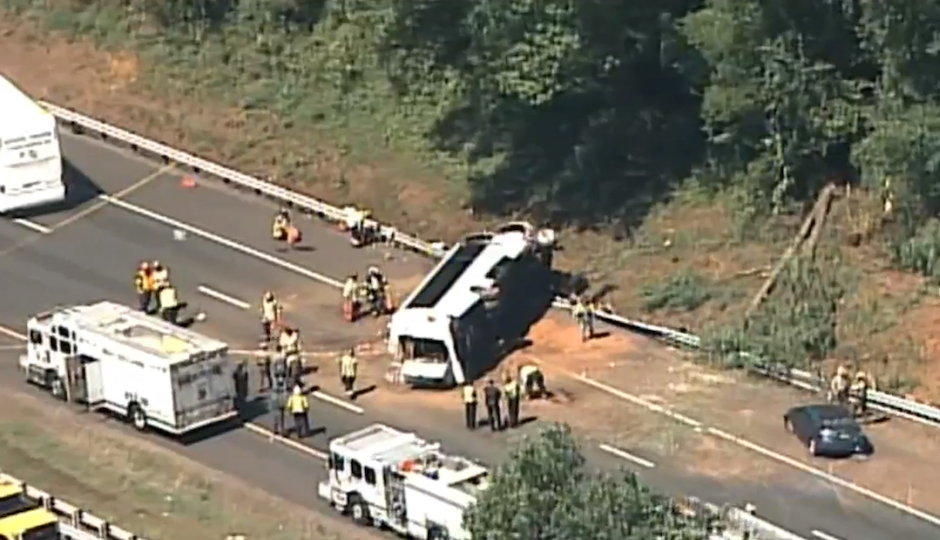 The driver of a Phoenixville-based charter bus that overturned this past spring along Interstate 95 in Maryland while transporting an entire Mt. Airy grade school class is facing charges for his role in the crash, according to local authorities, Philly.com reported.

Clarence C. Beamer, an employee of Werner Coach, was charged with negligent driving and failing to drive in a designated lane – two misdemeanor offenses punishable by fines. Beamer was behind the wheel when a bus carrying two teachers, a parent chaperone and 26 students from C.W. Henry School overturned in Havre de Grace, Maryland while on the way to a field trip in Washington, D.C.

Joseph Cassilly, the state’s attorney for Maryland’s Harford County, says everybody on the bus was injured in the May 15 accident. A review of footage from the crash by Cassilly’s office placed blame for the accident on Beamer, whose sudden lane change forced another car onto the shoulder before both vehicles ultimately collided.

The bus overturned, struck an embankment and then a tree before coming to rest across the busy stretch of highway. Traffic was stopped along I-95 for roughly two hours. No fatal injuries resulted from the crash.