The Best Thing That Happened This Week: The Eclipse. Yeah, That Eclipse

Oh, quit your whining. C'mon. That was fun. 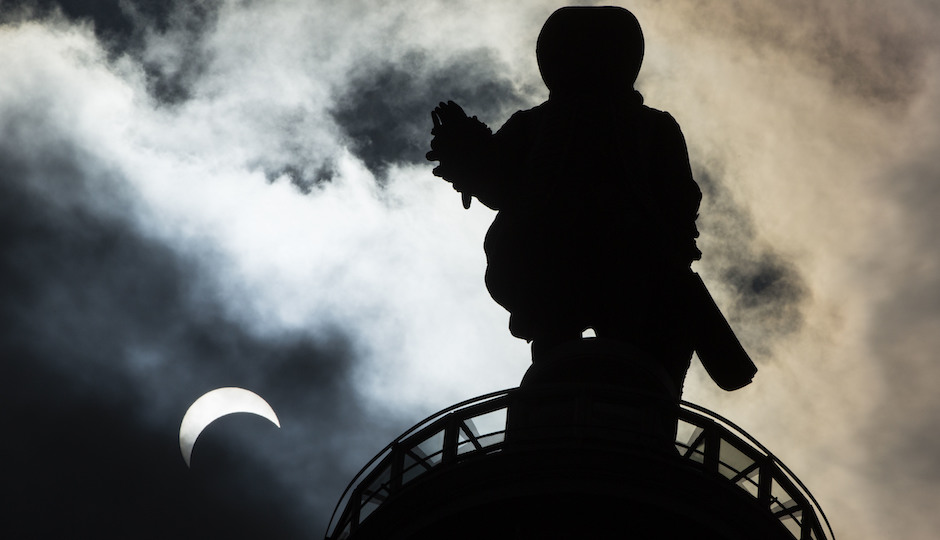 Okay, it wasn’t any Harmonic Convergence. Actually, it was sort of like the Harmonic Convergence; there was plenty of griping about the underwhelming nature of that 1987 cosmic event, too. If you were expecting the swooshing 1,800-mph cone of descendant darkness described by Annie Dillard in her classic Atlantic essay “Total Eclipse,” well, you should have driven down to North Carolina. You stayed in Philly. Or at the Shore. Or in Mount Holly. You get out of life what you put into it, yo.

And still. Still. Even if the grand event seemed somewhat overhyped, it served as a reminder that there are forces at work in our universe over which we hold no sway or dominion. That Nature does as she pleases, in all her mysterious ways. And as we poured out of office buildings and schools and homes — as we gathered in knots on street corners and rooftops and beaches and stared up at the sky through a claptrap collection of defensive measures against the Sun’s almighty power — we did so with a sense of shared humanity that’s been lacking hereabouts of late. We’re far too sophisticated now to be fooled into thinking an eclipse could be a sign from God, or the gods. Then again, it’s easy to miss such signs unless you’re looking for them.