That “stupid-ass” event some of you hated? It generated $94.9 million in economic impact for the city. 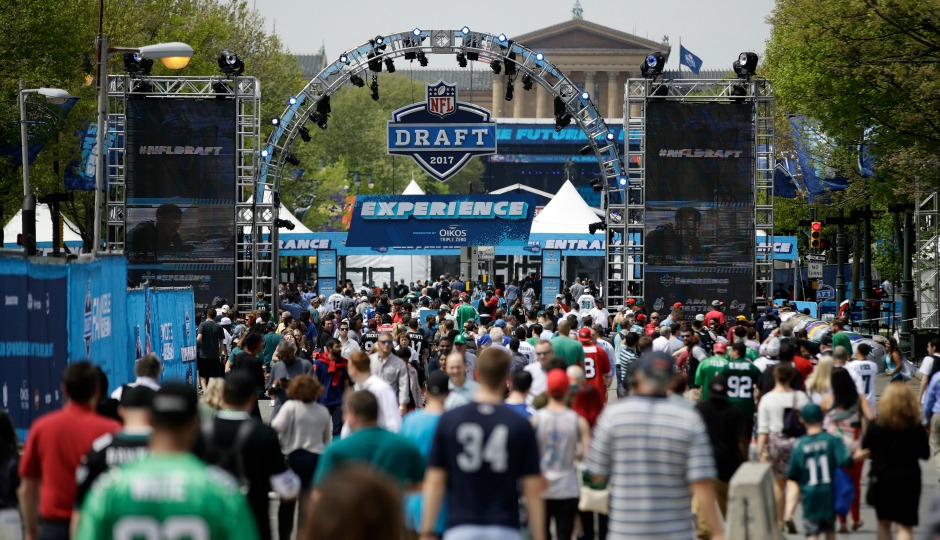 Some of you guys (cough, cough Victor) took issue with the minor inconveniences that interrupted your otherwise breezy days because we held the NFL Draft along the Parkway this past spring. I get it: “Sports are for lowbrow losers… We should be celebrating some other obscure, more wholesome and educational endeavor… Blah, blah, blah…” You suck and don’t know how to have fun.

Listen, I too was screwed over a few times by the traffic blockade going out to visit my Mom in Chestnut Hill via Kelly Drive – everybody’s not-so-secret shortcut for avoiding the Schuylkill. And I’ll even admit that me, a diehard Eagles fan, gave a Philly salute to the NFL’s monster of a setup once when I forgot about the closure and drove that way.

But now, assuming all of you have your proverbial panties out of a bunch with the Draft long-since packed and gone, I have some news for you: that “stupid-ass” event made our city a shit ton of money!

According to the NFL Draft Event Impact Report – commissioned by the Philadelphia Convention & Visitors Bureau and conducted by Temple University’s Sport Industry Research Center – direct spending during the three days in April that the Draft was held generated $56.1 million, resulting in an estimated $94.9 million in economic impact for Philadelphia. That figure exceeded expectations too, only by nearly $15 million. Ho hum.

“When we chose to pursue the Draft, we did so with the goal of an economic win for our city and region,” Julie Coker Graham, PHLCVB’s president & CEO, said in a release. “We are thrilled that not only did it generate substantial economic activity for Philadelphia but we were also successful in showing the world that this city is a premier destination for sports, big events and tourism in general.”

The Draft pulled in a record 250,000 visitors from 42 different states. Thirty thousand jobs (914 full-time equivalent) were supported by the event, which helped generate $38.5 million in personal income for workers. Approximately $7.9 million in state and local taxes were also collected during the three days.

As far as the impression that we made as a city, I’d say we did pretty damn well. We showed the league what true fans are made of and we keyed the world into a little secret that us good folks were damn well aware of (and should still sort of keep the lid on): Not all Birds fans are savages and we know how to throw one hell of a party.