The Best Moment of the NFL Draft: Eagles Fans vs. Drew Pearson

The NFL wanted its draft in Philadelphia, and Birds fans gave them the local flavor they were craving. 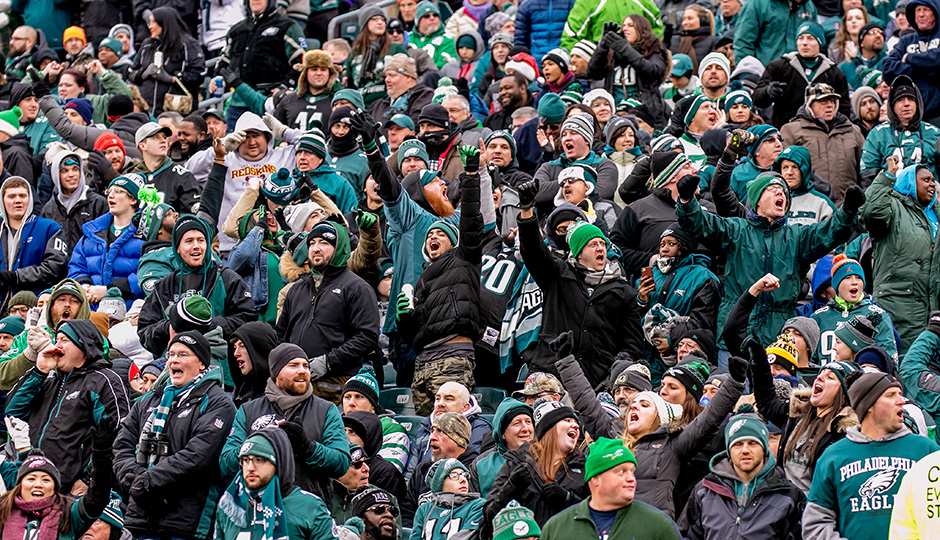 In terms of sports fanaticism, we here in Philadelphia revel in our collective identity as the villains. Sure, our teams have played the role of American heroes the occasional time or two, but we’ve always been a bit more comfortable wearing the black hat.

We’re proudly the fans that everyone loves to hate – an idea that was on full display Friday night when former Cowboys wide receiver Drew Pearson stepped to the podium positioned on the Rocky Steps to announce Dallas’s second-round pick in the 2017 NFL Draft.

Was that not the longest sustained chorus of boos that you’ve ever heard in your life? It seriously never stopped during the entirety of the pick, only growing more fierce at each moment of outrage following Pearson’s incessant trolling – which of course we aren’t surprised to hear had Commissioner Roger Goodell’s full seal of approval.

And how about Pearson himself? That little spiel he had going there seemed like it was ripped straight from the pages of a WWE script. He took his booing in stride and played the willful foil to the fire-breathers that are Eagles fans. Good on him.

But we couldn’t let Pearson get off with just some good-natured booing after talking all of that Cowboys junk. We needed an official response from our own legends on behalf of this often-misunderstood city:

"If anyone from Dallas steps to this doggone podium…"@36westbrook + Brian Dawkins wasted NO time getting this crowd fired up. #NFLDraft pic.twitter.com/IkqXGpbACM

As Dawk so eloquently stated, Birds fans need to forget all of the haters and keep doing what we do. A moment like this was what the NFL was hoping for when they staged the draft in Philadelphia, and we gave ‘em just what they wanted.

Future drafts will never be the same because of what happened this past weekend. Philly fans are an active ingredient that brings out everything that’s fun about sports and competition.

You can paint with broad strokes and characterize us as obnoxious, menacing, and mean-spirited all you want because of the booing, but that’s your loss. In doing so, you’re only making it plainly obvious that you can’t take a little friendly ribbing.

Oh, and no arrests were reported at the draft, according to Philly.com. Seventeen fans were put behind bars during last year’s festivities in Chicago. So suck on that, haters.