Pa. Senate Bill Would Force Protesters to Pay for Rallies

Under the legislation, demonstrators who are convicted of a felony or misdemeanor offense could have to foot the bill for police overtime costs. 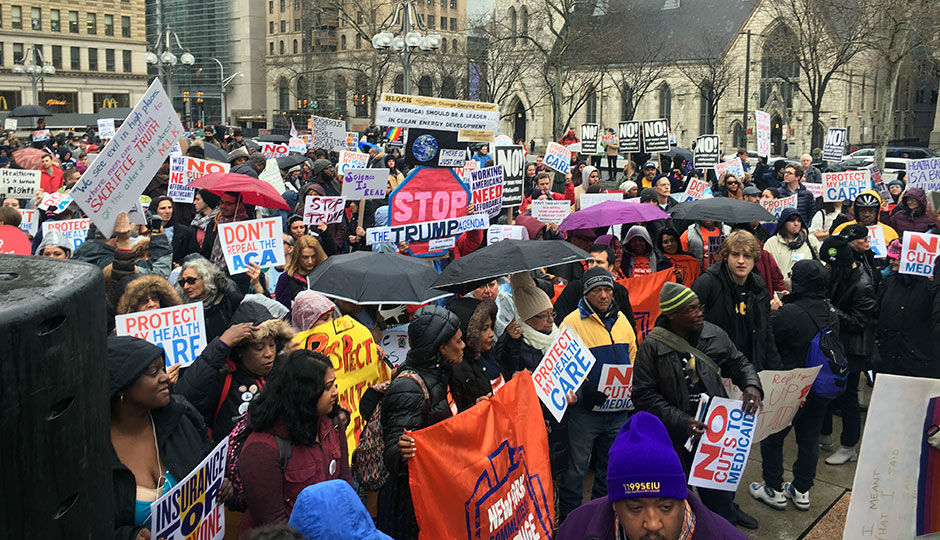 A Pa. Senate bill introduced earlier this month would force some protesters to foot the bill for costs connected to rallies.

Under state Senate bill 754, protesters who are convicted of a felony or misdemeanor offense could be liable for police overtime costs or other public safety expenditures incurred as a result of a demonstration.

The bill could have significant implications in Philly – especially in the wake of President Donald Trump’s election, which has spurred protests in the city and around the country.

As Billy Penn reported on Tuesday, the Mayor’s Office claims police overtime costs associated with protests in Fiscal Year 2017 totaled about $5.2 million. About $2.8 million of that was reportedly spent in the two weeks following Trump’s inauguration (when the city saw about 50,000 people gather for the Women’s March, about 2,000 for a “Queer Rager” dance party and more than 5,000 for a demonstration against Trump’s executive order on immigration).

Following those protests in February, city spokesman Mike Dunn said that while the protests had placed “an increased burden on our police force,” they were “the direct result of rushed White House policy announcements and implementation.”

The state Senate bill maintains that it “is improper for Commonwealth taxpayers to bear the financial burden for response costs related to unlawful gatherings and illegal activities.”

At least 19 other states have proposed similar legislation in the wake of the election and several high-profile protest movements, including the Dakota Access Pipeline demonstrations. Civil liberties experts, including lawyers with the American Civil Liberties Union, claim the bills infringe on citizens’ right to protest.

The Pa. legislation is sponsored by seven Republicans, including Sen. Scott Martin, whose district includes parts of Lancaster County. It was referred to the State Government committee on August 16th.