Charlottesville Reactions: What Took Trump and Toomey So Long?

Pa. has one of the country's highest populations of hate groups – but like the president, the state's Republican Congressmen largely failed to condemn white supremacists this weekend. 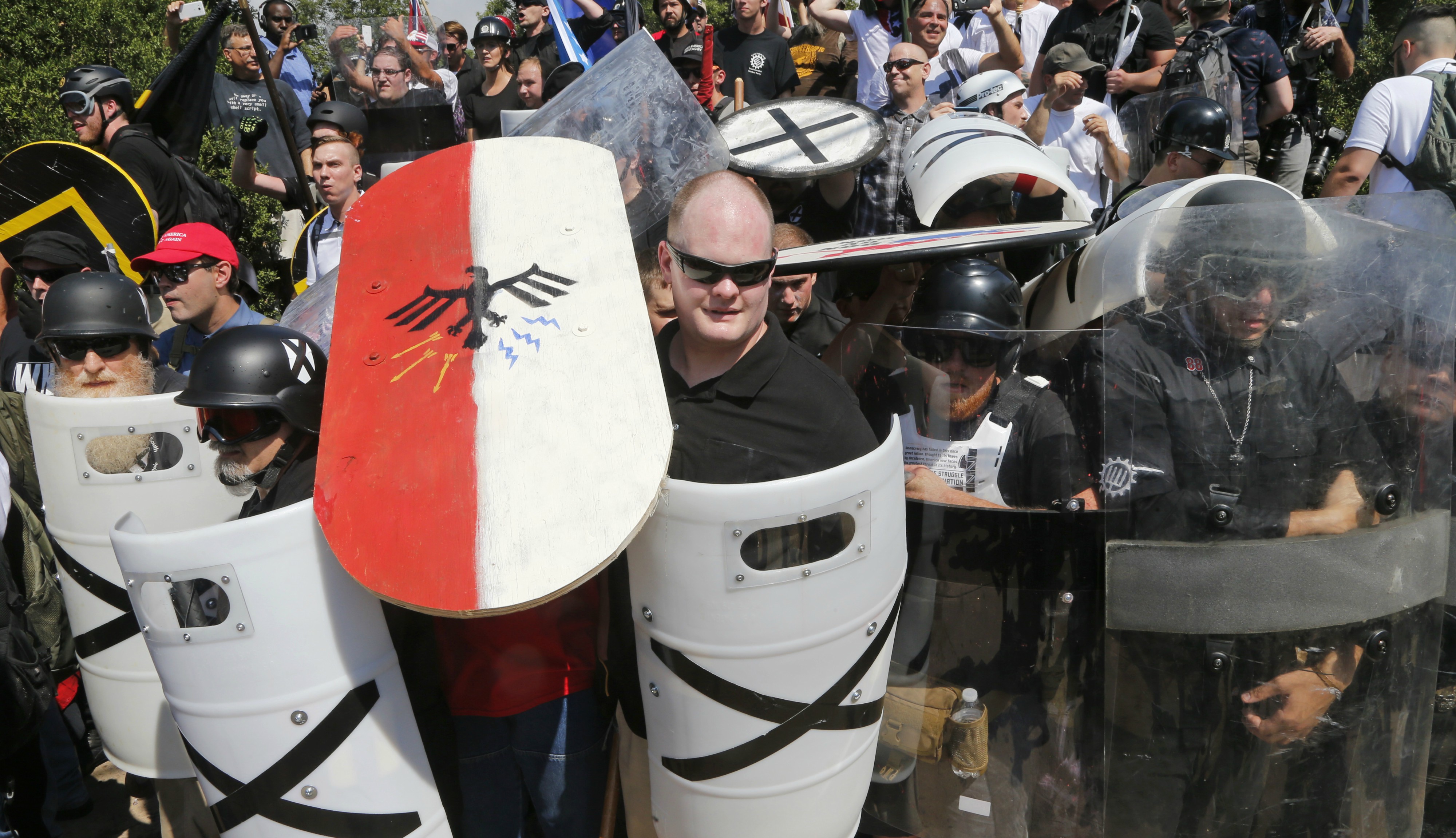 It’s been two days since the shocking violence of the white supremacist rally in Charlottesville, Va. first flashed across phone, television and computer screens around the world – two days since hundreds of people wearing swastikas and Confederate flags, some heavily armed, chanting Nazi slogans and giving the Nazi salute, flooded the streets near the University of Virginia. There they were met with counter-protesters like 32-year-old Heather Heyer, who died Saturday afternoon when a car plowed through the midst of the confrontation and sent her and others flying through the air.

Local officials, politicians, activist groups and neighbors alike are reeling in the aftermath of Charlottesville, where three people died and more than 30 were injured this past weekend. In the past, we might’ve looked to our president to unite the country and condemn the racist hate that spurred the violence. But this past weekend, President Donald Trump stoked division and anger when he failed to condemn the rally’s blatant neo-Nazis and white supremacists, instead blaming the “hatred, bigotry and violence” on “many sides.”

It wasn’t until Monday afternoon that Trump finally spoke out against the K.K.K., neo-Nazis, white supremacists and other hate groups, which he called “criminals and thugs” in a statement.

“Senator Toomey is disgusted by white nationalists, white supremacists, and neo-Nazis and believes the racism and hate spewed by these groups have no place in our society.”

Toomey’s constituents had expressed frustration this weekend when the senator failed to name neo-Nazis and white supremacists in a tweet condemning the violence in Charlottesville.

The racism, hate and violence seen in #Charlottesville are vile and unacceptable.

What are you going to do about those hate organizations in pa?

That's all my PA Senator has to say about his GOP president endorsed by David Duke and you can't even say White Racism, or KKK. No honor!

As of Monday afternoon, only four of Pa.’s 14 Republican Congressmen had released actual statements on Charlottesville. Most condemned the violence on social media, but only five specifically mentioned the role of white supremacists. A third remained completely silent as of Monday afternoon.

Statewide, only one Republican Congressmen – Rep. Tim Murphy of the 18th Congressional District – had commented on Trump’s delay in condemning the hate groups.

That’s concerning – especially considering Pa. has one of the highest populations of white supremacist groups, according to the Southern Poverty Law Center. The organization found more than 40 active hate groups operating in Pa. in 2016.

What happened in Charlottesville might have happened – or still could happen – in Philly, Harrisburg or Pittsburgh. It might have happened in any of the suburbs where these groups reportedly operate, including Broomall, Allentown, Newtown, York or Elizabethtown. What would our Republican officials have to say then? And how long would they wait before they say it?

Here’s how each of Pa.’s Republican Congressmen has responded to Charlottesville:

We must be united against bigotry and hate.

#whitenationalist violence in #Charlottesville is repugnant. No place in our society for bigotry and violence. pic.twitter.com/EKGVAjMe1M

I strongly condemn the violence in #Charlottesville. Praying for the victims, their families & those working to keep their community safe.

The violence and hate on display in #Charlottesville is un-American and has no place in our democracy.

Well said, Mr Speaker. Americans of goodwill from every background can & must unite to stamp out this senseless, despicable scourge forever. https://t.co/ln7OJGg7ET

This story has been updated to include statements from Rep. Brian Fitzpatrick.