The firm, which is located directly below the deck, isn't happy with the "loud bangs, booms, stomps, screams, and vibrations" it frequently emits. 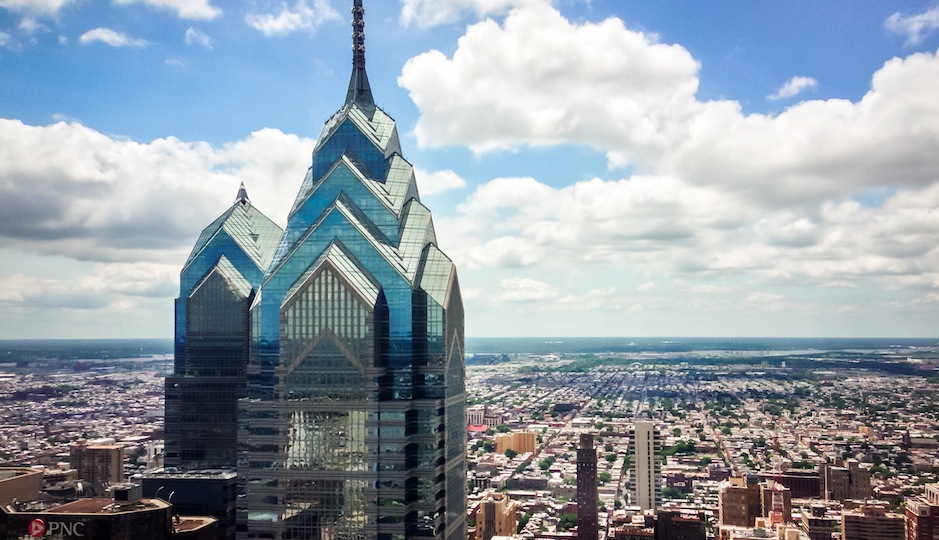 A law firm situated on the 56th floor of One Liberty Place filed a lawsuit Wednesday over One Liberty Observation Deck, the major tourist attraction located one floor above it.

Braverman Kaskey, which claims to be the longest-standing continuous tenant in the prominent 61-floor Center City building, has sued Philadelphia Liberty Place, which owns the building as well as several other “trophy” properties throughout the country; Montparnasse, which owns and operates the observation deck; and Turner Construction Company, the New York-based corporation that built the attraction.

The deck, which offers panoramic views of the Philly skyline, opened in November of 2015. It fits up to 275 guests, often for private events, and is routinely listed as one of the top tourist attractions in the city.

Braverman Kaskey claims Philadelphia Liberty Place has failed to ensure the firm’s “quiet enjoyment” of its space, as guaranteed by its contract with the landlord, by allegedly refusing to regulate noises and disturbances stemming from Montparnasse and the observation deck.

According to the complaint, Braverman Kaskey’s frustrations began before the deck opened. The firm, which is located beneath the attraction, claims that despite the building owner’s alleged promise to cease construction on the deck after 7 a.m. on weekdays, the landlord allowed Turner Construction to “routinely perform construction activities” after that time.

Since the tourist destination’s 2015 opening, the law firm claims it has been “plagued by the loud bangs, booms, stomps, screams, and vibrations caused by the loud speakers, music and/or masses of people visiting the 57th floor to observe the views.”

According to the complaint, Braverman Kaskey pays “tens of thousands of dollars in monthly rent” for its spot on the 56th floor of the building, which the owners refer to as a “Class A+” property. The firm alleges that, despite multiple attempts to notify Philadelphia Liberty Place of the disruptions and the alleged contract violations, the landlord “has failed to meet the high standards and obligations that it has set forth.”

Braverman Kaskey also claims that when faced with complaints, Montparnasse “spikes its volume in order to cause greater disturbance … seemingly as retribution for [the law firm’s] complaints.”

The law firm requests $75,000 in restitution as well as all rent payments it made in 2015, with interest.

Neither Braverman Kaskey nor Cushman & Wakefield, which manages One Liberty Place, immediately returned requests for comment.

Chris McFadden, a spokesman for Turner Construction Company, said the business will “respond to the suit once we have had the opportunity to review it. To put the current situation in perspective, we successfully completed our work on this project in 2015, and since then, the observation deck has become a wonderful community asset.”

A spokesman for Montparnasse would not comment on the lawsuit. The company is a subsidiary of Montparnasse 56, which owns the Montparnasse Tower, the largest private attraction in Paris.