Trump bashed the attorney general as recently as Wednesday morning for his decision to recuse himself from the Russia probe. 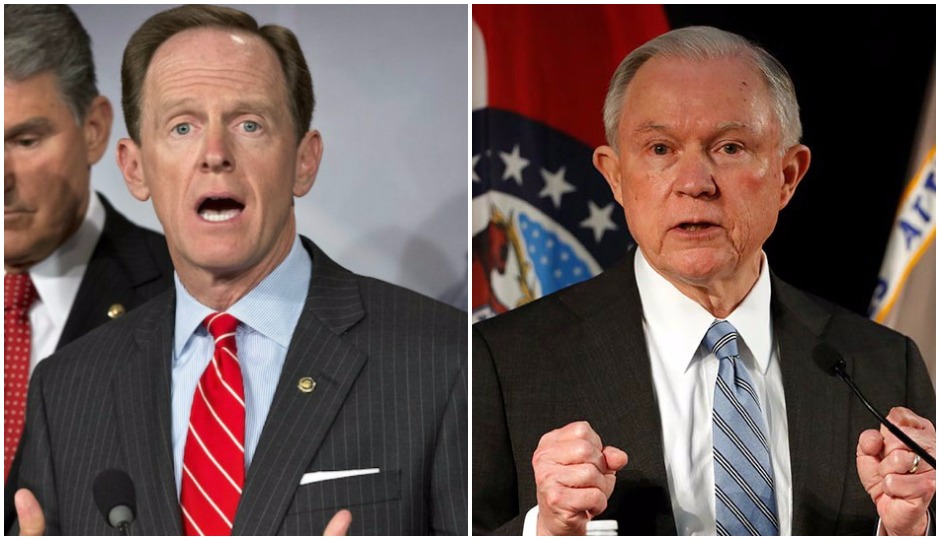 Despite Sessions’s early support of the president, Trump on Tuesday said he was “disappointed in the attorney general” for recusing himself from overseeing the Russia probe, a move that some see as crippling to the president’s political control over the Department of Justice.

Toomey is one of several Congressional Republicans who have expressed support for Sessions despite Trump’s attacks. His statement:

“Attorney General Jeff Sessions is a credit to the Department of Justice. He has worked tirelessly to protect our neighborhoods from violent crime, end dangerous sanctuary cities, defend the rule of law, provide for victims of crime, and ensure every American is treated fairly. I continue to support him as Attorney General of the United States.”

In a tweet Tuesday, the president said Sessions had a “VERY weak” position on “Hillary Clinton crimes” and “Intel leakers.” Asked if he wants Sessions out of office, Trump said “we will see what happens. Time will tell.”

Just last week, Sessions condemned so-called sanctuary cities in Philly, which he has repeatedly threatened to cut off from federal funding for its immigration policies.

AG Sessions is right. Past time to end dangerous sanctuary cities that put our children at risk. https://t.co/Pdeua0s4eW