WATCH: Behind the Scenes of J.J. Redick’s Free Agent Whirlwind 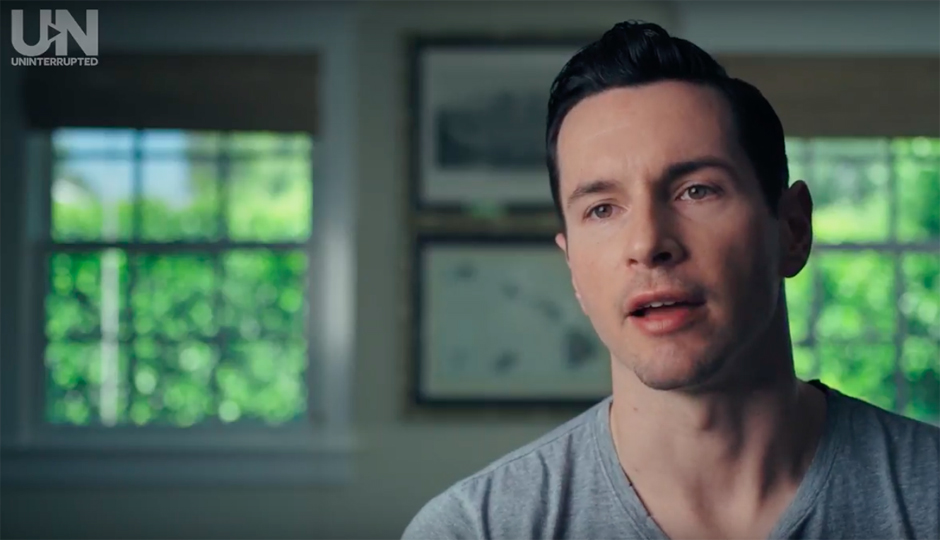 New 76ers guard J.J. Redick is an interesting cat. Two-time All-America selection at Duke, where he was vilified by both opposing fans and players alike en route to winning the Wooden Award (player of the year) in all of the haters’ faces as a senior in 2006. Since then, Redick’s NBA journey has been a steady climb to this current apex: accepting a one-year, $23 million contract with our Sixers in free agency.

J.J. is pretty accessible for a pro basketball player, from sharing tales from the road on his podcast to this latest look into the 33-year-old’s personal life, which was brought to us by… LeBron James? Well, his digital media company, Uninterrupted, anyway. Check out their awesome 15-minute mini-doc on J.J.’s experience as a free agent here:

Well, at least we know that J.J. curses enough to fit in here in Philadelphia! All kidding aside, that was a pretty neat look inside the mind of an athlete and all of the factors they weigh when making such an important career decision. Doesn’t hurt that he said Philly was his first choice either.

The most interesting part of the doc to me was when J.J. was given a hard ultimatum by Sixers general manager Bryan Colangelo to accept his deal. Colangelo elaborated further on Redick’s latest podcast episode (which you can listen to here):

“I’m flying to L.A. thinking I’ve got a meeting set up at 1 p.m. – I’ve got one at 3:30 p.m. and I’ve got one at 5:30 p.m. – all with people in mind who I was hoping to secure one-year commitments from,” Colangelo said. “There was one other individual that I’ll leave nameless for now that I was hoping to convince on a very large deal that had about the same dollar value as we did with you. So when I got off the plane, I had been texting a little bit with Greg [Lawrence, Redick’s agent] on the plane and he said call me when you land.

“I’m in a car and I’m driving to Beverly Hills to stay at the Montage hotel and my meeting’s set up for 1 p.m., and it’s literally about 12:05 at this time. We’re having a general conversation and I’m explaining to him why it’s important about the one year and he’s pushing back, obviously, per your instructions. We’re going back and forth, I’m moving the dialogue and at the end of the day, I said, ‘Look, Greg, I know you want as much time as possible here and I know you want to go forward with respect to the deal, but I’ve got a discussion that’s beginning at 1 p.m. today and I’m going to throw that same kind of offer on the table. And I have no idea what the offer’s going to be, but if the answer is yes without an answer from you, I may be inclined to move in that direction.’

“In a span of nine hours, I left my office, I put my head on my pillow for two hours, I fly to Los Angeles, I get in a car and I make a deal with Greg in the car on the way to this meeting. That’s how quickly things can turn.”