The Fresh Prince is trading in his microphone for a magic lamp. 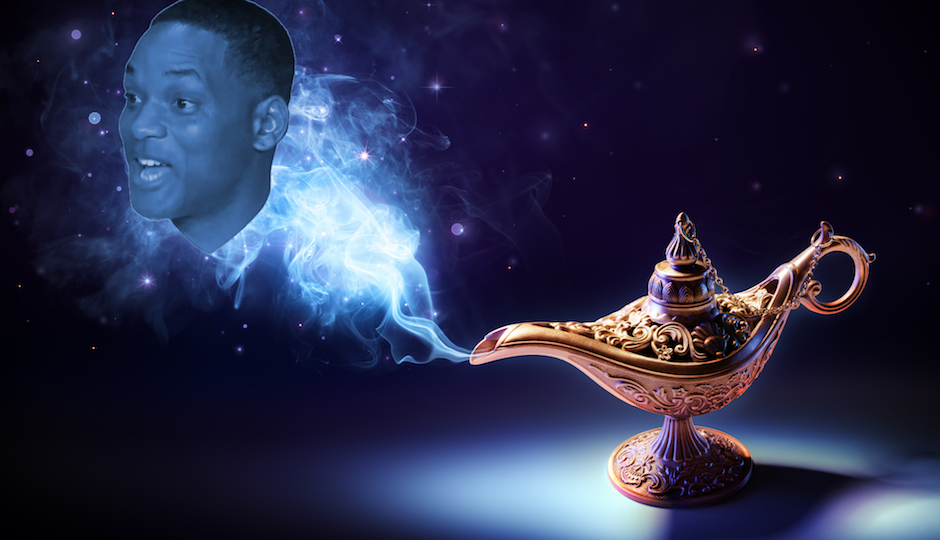 West Philly’s own Will Smith has been cast as the Genie in Disney’s live-action update of their classic 1992 animated film Aladdin, Variety reported.

Rumors tying Smith to the project were swirling this past spring before the official announcement was finally made on Saturday at Disney’s D23 Expo in California.
The Overbrook High School grad had been in talks with the studio regarding his interest in taking over the role (famously played by the late Robin Williams in the original) since April.

Aladdin follows Disney’s recent and successful trend of revamping cherished childhood masterpieces. Kenneth Branagh’s reimagining of Cinderella kicked off Disney’s live-action craze in 2015, which was followed up by The Jungle Book in 2016 and this year’s adaptation of Beauty & The Beast. A new Dumbo from the zany mind of director Tim Burton is scheduled for release in 2019.

We know very little about this new-look Aladdin in this early stage of pre-production. Guy Ritchie, known best for directing gritty British action flicks like Snatch and Lock, Stock and Two Smoking Barrels, will helm the film for Disney. Newcomer Mena Massoud is playing the title role of Aladdin and Naomi Scott appears as Princess Jasmine.

No word on who will portray the villanous Jafar, but my vote’s for the similarly-mustacioed former DA Seth Williams.

I, for one, can’t wait to see Smith’s Fresh Prince-ified rendition of “Friend Like Me.”