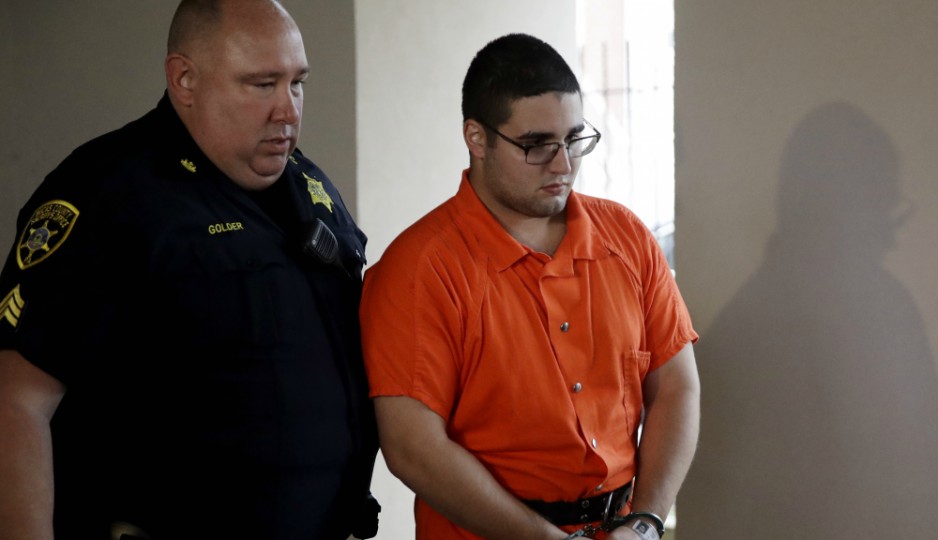 The vigil was held in honor of 19-year-old Dean Finocchiaro, 19-year-old Jimi Tar Patrick, 22-year-old Mark Sturgis and 21-year-old Tom Meo, whose murders shocked the small town and made for a high profile case that involved state and local police, U.S. marshals and the FBI.

Cosmo DiNardo, 20, confessed to the murders last week. DiNardo, along with his cousin Sean Kratz, also 20, was charged in connection with the murders. Police say Kratz aided DiNardo in three of the killings and that DiNardo executed one of them entirely on his own. They’ve both been charged with multiple counts of criminal homicide, conspiracy to commit criminal homicide, abuse of corpse and robbery.

Matthew Schuler, a Bucks-County native who was a finalist on The Voice, sang “Hallelujah” at the vigil.

Such a beautiful event as the Bucks County community comes together for a candlelight vigil for healing for the friends & families affected pic.twitter.com/HFRtxqjwlB

People are gathering for a vigil to be held this evening honoring 4 young men who lost their lives.#buckscounty #cosmodinardo #seankraft pic.twitter.com/h7d2vzG13k

Hundreds show up to vigil in Bucks County to remember the four missing young men who were murdered by two cousins here. pic.twitter.com/yntcMK6xYH