The Black and Brown Workers Collective and many Mazzoni staff members aren't pleased with the selection of a white cis-gender gay man. 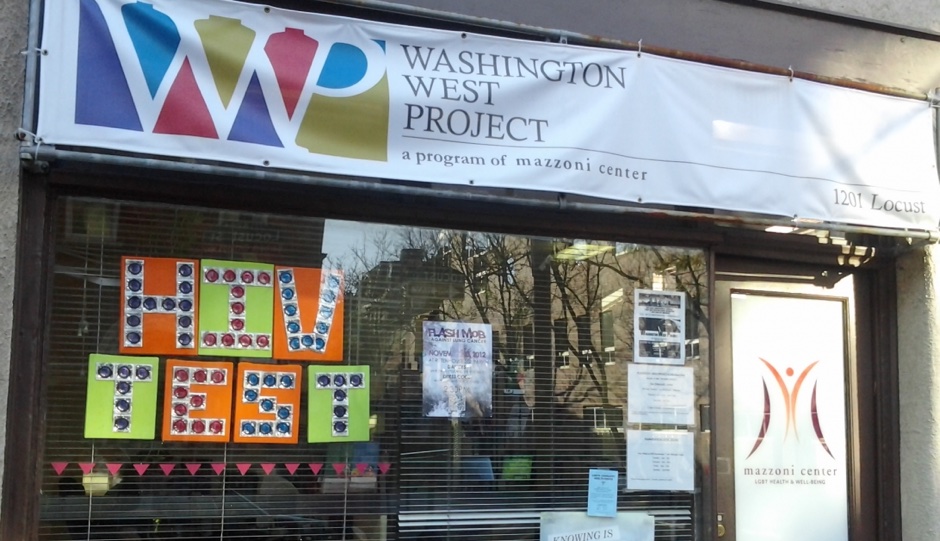 Criticism has emerged following last week’s announcement that Stephen Glassman would be Mazzoni Center’s interim executive director after a recent slew of resignations at the nonprofit. Some LGBTQ community members have complained on social media that Glassman, a cis-gender white gay male, does not represent the diversity they were expecting, while others working at Mazzoni said they feel the decision “came out of nowhere.”

“I am disappointed in their decision to hire another white person to lead the organization. Front-line staff was left out the conversation,” said a Mazzoni employee of color who chose not to be named because they claim they now “fear Mazzoni is regressing back to its problematic culture.” “I knew they were searching for an interim CEO and that this person would be temporary … the rest is a mystery, as not much else was ever shared.”

The Black and Brown Workers Collective (BBWC), a group of activists who, along with staffers, led the charge against the nonprofit, released the following statement to G Philly on the recent interim appointment while referencing a recent report on the racial disparities found within LGBTQ organizations:

“In a recent report entitled, Working at the Intersections: LGBTQ Nonprofit staff and the Racial Leadership Gap, it is cited that Black and Brown folks within these spaces have equivalent knowledge and experience to their white counterparts (Thomas-Breitfeld & Kunreuther, 2017). Based on the community testimonies of our lived experiences, we also know that paternalistic white supremacy leads to the discrimination that is embedded in organizational hiring practices. We further seek to interrogate the notion that formalized education and ways of knowing act as indicators of a strong leader for our communities. As a collective and alongside community we will continue to demand that the search committee has seats from community, not just one community member — which is a classic way to uphold tokenism — but a critical mass of at least three community members involved in the process of selecting the permanent ED. The patients of Mazzoni Center, staff and community require this! To support the voices of community we will work with our community to put forth names that could fulfill the position of permanent CEO for the Mazzoni Center. We seek to interrupt the possibility of the history repeating itself.

“Throughout the release indicating the interim choice there was an intentional avoidance of naming anti-Blackness and no specificity around what efforts are being put forth to address the trauma patients have endured through this process.”

After being made aware of the complaints made surrounding the organization’s choice, Mazzoni’s board of directors sent the following statement exclusively to G Philly detailing their decision and stance:

“The board is acutely aware of the calls for diversity within our leadership, and of the specific criticisms of racism or racially biased practices within the organization, having spent that past two months meeting with staff. We are committed to expanding the diversity of the organization as a whole.

“The fact of the matter is that an interim selection process differs greatly from a permanent CEO search. Recommendations for the interim position were solicited from Mazzoni board and staff members and then vetted by Advance Corporate Research Solutions, LLC, an independent executive search firm that specializes in placing nonprofit leaders. Due to the unique nature of this short-term, interim position, a number of candidates were disqualified because they were unwilling to do full-time work, wanted a defined timeframe, or were hesitant to take on such a challenging role.

“From the start the board determined that the interim position will be a short-term post, someone who could provide leadership and fulfill the essential, day-to-day functions of an executive (finances, operations, grant contracts, etc.) and help staff with time sensitive issues. It was important to us that the interim be independent – meaning they would not be a contender for the permanent role – so that they could give the board frank insights into how they feel the CEO position should be defined. It was also important to get this person in place as quickly as possible, allowing the board to focus on the permanent search process.

“Stephen Glassman was the most qualified candidate available to fulfill this particular role. His tenure is expected to be between six and nine months, and he will not be eligible to apply for the permanent position. While we understand that some in the community have expressed disappointment and we hear and respect those opinions, we have also heard praise from across the community for the selection of the new interim CEO. Stephen has a deep commitment to and experience in fighting for racial justice and equality, throughout his life and in numerous professional roles. He is also aware that his appointment as interim CEO is a temporary one and is intended to serve as a bridge to stabilize the organization and ensure its continued operation to serve the needs of our patients and clients, while we undertake a nationwide search for a permanent CEO.

“Stephen has expressed a deep desire to listen and learn from staff across the organization and from community members to provide recommendations for how to continue to move Mazzoni on a constructive path forward. Central to this work will be addressing equity issues and racial disparities which have been brought to our attention by former and current staff members as well as community activists and others with an interest in the viability and health of this organization.

“With regard to the PCHR report and recommendations, we have completed all of the items they recommended for Mazzoni Center. We also understand that this is one step in an ongoing process.

“As a board, our overriding priority is ensuring that the permanent CEO search is done right, which means providing for meaningful staff and community involvement. The board is committed to ensuring diversity in the search process including diversity of input and a diversity of candidates. This will involve casting a wide net for a diverse applicant pool and integrating feedback from a diverse advisory committee which is to include staff and community members. The Board and the Mazzoni Center as a whole are committed to diversifying the composition of the organization and ensuring that the staff and management better represent the community we serve. That being said, no one position will be determined on the basis of race or ethnicity. By reaching out to a wide constituency in the non-profit community, and having community and staff involvement in the recruitment and selection process, we are committed to seeking diversity in the permanent CEO search and to improving the diversity at all levels of the Mazzoni Center.

“Now that we have an interim in place to manage day-to-day operations we can turn our focus to that priority. The permanent CEO is the person we expect to have the significant long-term impact and truly shape the future of Mazzoni Center.”