We chat with the city’s first black Bootblack title-holder about kink culture, women in leather, and breaking stereotypes about sexual fetishes. 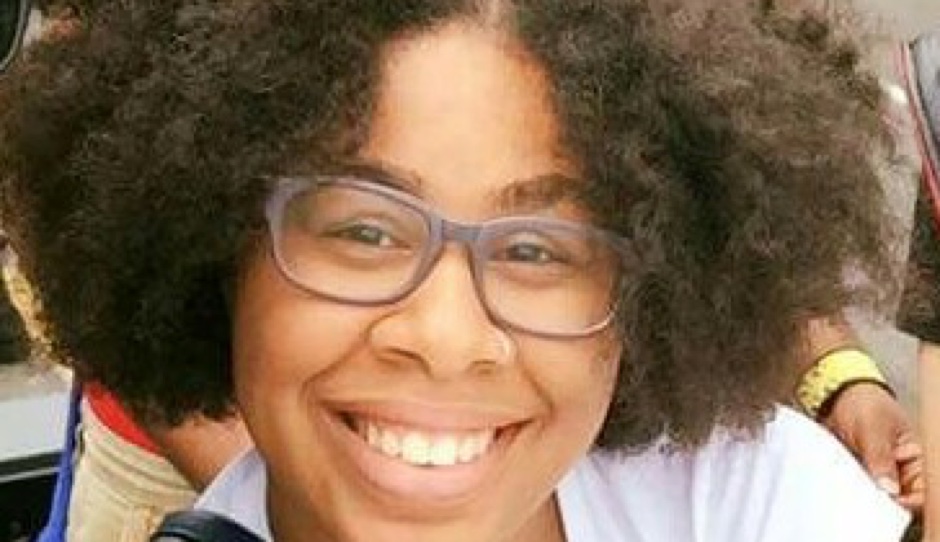 Brianna “Cherry Bomb” Golphin is the first person of color ever to be a Philadelphia Bootblack title-holder. We chat with her about diversity within the leather community and breaking stereotypes about kink culture.

Tell us a little bit about yourself.
I’m Brianna, aka Cherry Bomb (in the kink and leather community). I’m the current and first person of color to be sashed as Philadelphia Bootblack. I’ve been actively involved in the alternative sexuality community or leather and kink community for several years now — almost my whole adult life. Aside from being active in the community, I’m also active in various social justice causes in Philadelphia. Although I’m currently in the hospitality industry, I have dreams of one day working at a social justice nonprofit that is inclusive for all.

As an openly black queer woman, how have you expressed your identity through the leather community?
Honestly, it has been really hard to express my identity through the leather community. I feel that as a black queer woman, I have to work three times as hard to show that despite me being who I am, I have just as much of a right to be part of this community than those that are non-POC, cis men, etc. But this struggle doesn’t just apply to me as a black queer woman. From what I have noticed, it also applies to folks that are trans, women, and non-binary.

Why do you think there is a lack of diversity within the leather community, and what’s being done in Philly about it?
There’s multiple reasons as to why there has always been a lack of diversity. One reason is socioeconomic; a person that is poor typically cannot afford to go to certain events such as Drummer North America, or to buy leather to fit in with the traditional attire for these events, or to donate to these various charities that these events are helping raise money for.

Misogyny is another issue in the community; sometimes gay leather men (not all) would prefer to not see a woman anywhere in sight at events. From my understanding, in the past — which cis white gay men like to refer to as “Old Guard” — women weren’t really treated nicely at times, which prompted them to create their own spaces such as Mid-Atlantic Girls of Leather, Lesbian Sex Mafia, and Women’s International Leather Legacy.

Another reason is inner racism. The leather club, ONYX, was formed because when black men would go to leather spaces, they were mistreated, fetishized, or ignored. Now that ONYX has multiple chapters throughout the nation, the leather community has embraced that men of color are present and will remain present for decades to come. There’s even a women’s chapter called the ONYX Pearls, but despite that, there is still a a huge struggle for women of color. I feel that we still have to work and work and work just to get recognized acknowledged, while the men get to play and have all the fun at events.

And finally, there’s transphobia. I really get angry when my fellow leather brothers who are trans men tell me about incidents in which they have dealt with transphobia. It bothers me how now in 2017, people are still boldly disrespectful and ignorant in regards to their language toward trans folk. It hurts to hear that there are well-known people in the community still publicly calling them “the offensive ‘T’ word” in social media with no care in the world. I am proud that despite all the hate, we have a few of title-holders who are trans men and trans women that are truly bridging gaps, paving ways, and are helping create safe spaces for folks that are interested in the lifestyle, community, etc who are trans.

In Philly specifically, me as well as other local title-holders and community members have sorta formed a collective to strategize and brainstorm on how to make things more inclusive for all in the queer community. Groups that are already in effect to combat this would be: Perverts of Color, run be me, which meets every third Thursday at the Bike Stop; Thursdays with Thain, run by Goddess Thain, which meets every first, second, and fourth Thursday at William Way from 7 to 10 p.m.; Philly TNG, which is run by Destiny Amber (Philly Fetish 2016), which meets at Hurricane Alley every first Friday and many more.

What is one common misperception about kink culture that you wish would go away, and why?
One common misperception about the culture that I wish would go away would be, for people who are looking from the outside in, to stop assuming and thinking that people who make a valid choice to be a part of this community are weird, abusive, had troubled childhoods, are mentally ill, etc. I honestly cannot speak for every single person in the lifestyle, but me personally, I chose this path because I wanted to express my sexuality and identity in ways that were not traditional. Yes, we have our bad apples or people who join this community for all the wrong reasons. But doesn’t every community have or experienced those? I have accepted that what I’m into is not for everyone and vice versa. And there’s nothing wrong with that. I will never shame someone who wants to follow the traditional path of expressing their sexuality and identity. I wish at times that I would get treated with the same respect as often I’m not. I have had family, old friends, and others who have cut me off because I didn’t want to follow onto the same path as them or think that I was seriously mentally ill because of what I’m into. Which I and a few of my close friends can confirm is not the case.

I understand that we’re still going through the legal and social stigma of being leather and kinky, but we still have to put into some effort to show the LGBTQIA community that we care. We do that by SHOWING UP!!! to queer events and spaces. Even though I’m a title-holder, I’m not going to abandon my fellow queer community, especially my fellow QTPOC community. In a lot of ways, these spaces have done so much for me that at the very least, I can still put in the effort to still show up and support. The only difference is that now I have a sash and vest, and will almost always be available to answer any questions on site. I emphasize “showing up” because to me, that’s 75 percent of the job of a title-holder, or any supportive member of a community. There’s so many clubs, organizations, or people in general who “claim” to support those that are QTPOC, but have yet to show up to an event that caters to them, donate money or raise funds for an organization that caters to them, etc. I think that needs to be changed. If you’re going to claim you support a community, then support them. If not, then don’t. It’s really that simple.