Man With “Warning: Loco” Tattooed on His Throat Arrested in Bucks County

False advertising is definitely not one of charges. 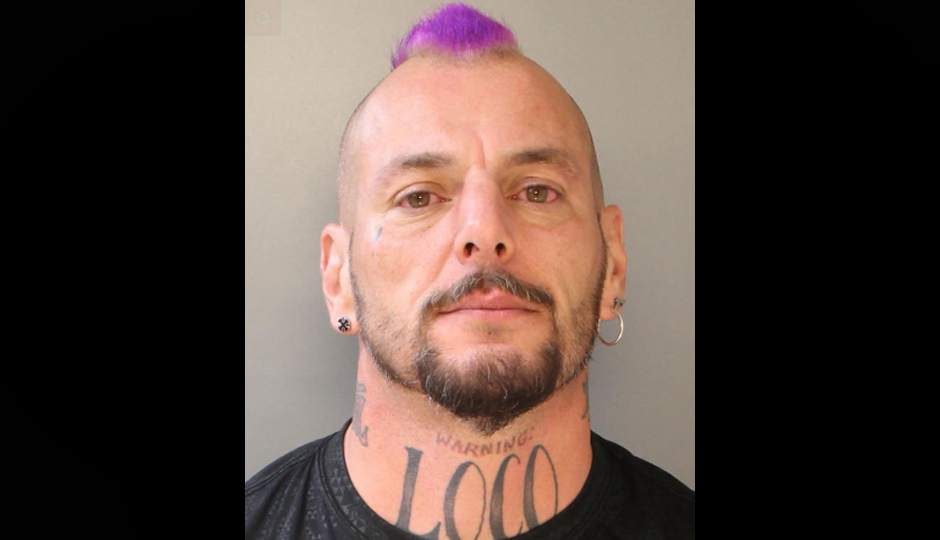 Throat tattoos are never a good look, however they do serve as a handy tool for use in identifying people whom we should likely keep our distance. With a purple mohawk and his neck inked with the threat “Warning: Loco,” Martin T. Muller seems exactly like someone who causes fellow travelers to cross to the other side of the street. (Loco, of course, means “crazy” in Spanish).

Muller – not to be confused with ‘90s “That Guy” Martin Mull of Hollywood Squares fame – was arrested in the Bucks County borough of Penndel on Monday after police say he was caught blowing a stop sign at the intersection of Neshaminy Street and Dehaven Avenue around 9:30 p.m.

The 45-year-old was taken into custody when he was discovered to have active warrants for his arrest in Philadelphia. He was later turned over to the Philadelphia Police Department and he remains behind bars.

PPD Officer Troy Brown tells Philly Mag that Muller was wanted in Philly for simple assault and violation of a protection from abuse order, which was likely issued after some type of domestic dispute.

It’s unclear if Muller has an attorney who can comment on the charges.