The second-year QB is continuing the tradition of organizing private workouts for the offense. 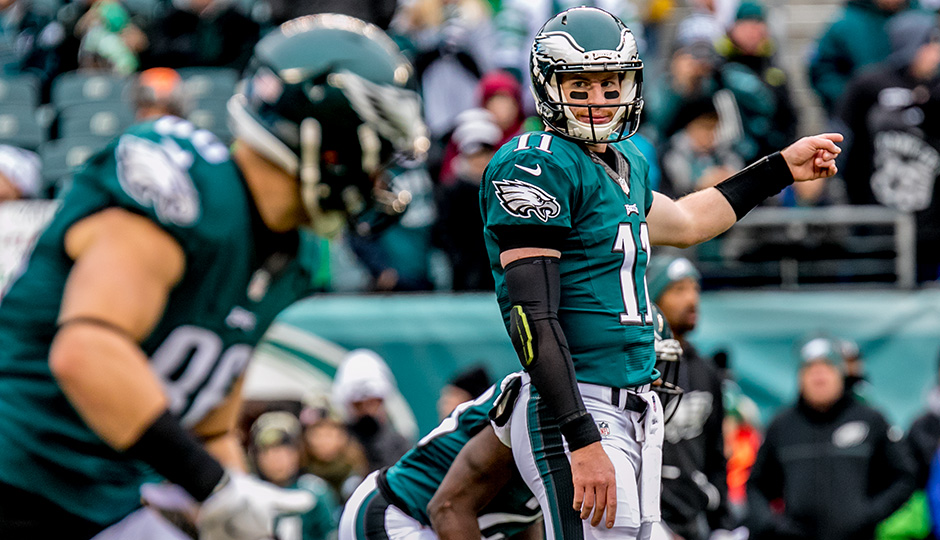 Carson Wentz is carrying on the tradition of past Eagles quarterbacks such as Donovan McNabb and Sam Bradford (it’s such an embarrassment that he ever wore the wings) by hosting his pass-catchers in North Dakota for a private workout in July.

With mini-camp now complete, the Birds have some extended time off before the next phase of their offseason program – training camp – kicks off at the NovaCare Complex in the end of July. But there is never really an offseason for the dedicated, and count our young signal caller among them.

According to NJ.com, Wentz will welcome receivers Alshon Jeffery, Torrey Smith and Jordan Matthews to his home state along with tight ends Zach Ertz and Trey Burton. The underwhelming Nelson Agholor is surprisingly missing.

It’s good to see that new Eagles Jeffery and Smith will get some extra time to build chemistry with our franchise QB. Coach agrees:

“Just shows the leadership that Carson has and the rapport he has with the receivers,” Doug Pederson said. “It’s exciting as a coach to know your guys are getting together in these next couple of weeks and working on their craft. It means something to them.”

“Believe it or not there are beautiful summers,” Wentz said of North Dakota. “So it’ll be fun getting together with those guys.”

Jeffery told NJ.com that the trip is “locked in” but the guys are still working out dates. Knowing Wentz, you can bet some hunting will also be on the docket for some team bonding.

Finally bagged my first turkey a few weeks ago! My @dakotadecoy drew him right in! @wentzbrosoutdoors episode to be released later!