The disturbing footage shows two juveniles assaulting the man in Germantown while three others stand around laughing. 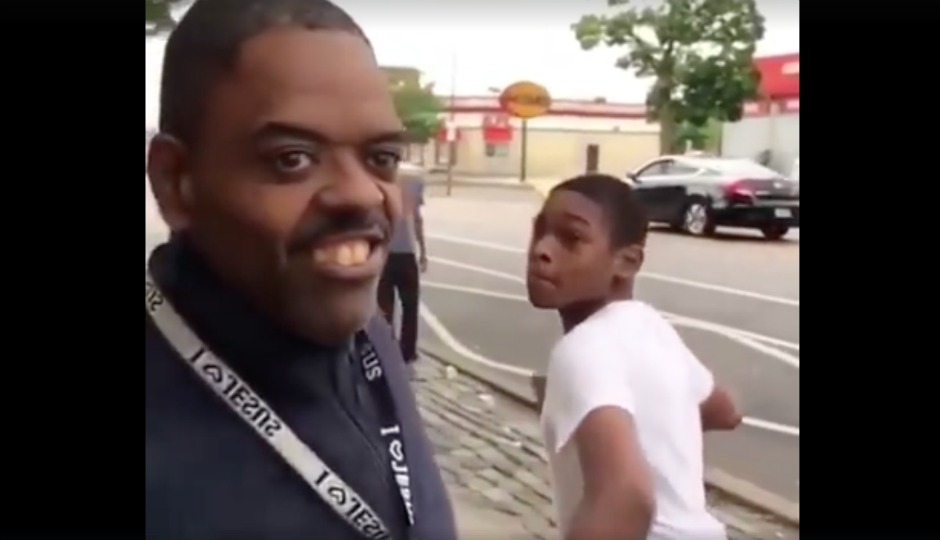 UPDATE: Police say they have identified the teenagers in the video and that additional information is forthcoming.

Philadelphia police are investigating a viral video of teens punching a disabled man while their friends stand by laughing.

The 30-second video, which is hard to watch, has gone viral on Facebook since it was posted yesterday by 48-year-old Gerald Andrews Sr., who told Philly.com that he works at a Cheltenham ShopRite with the man who was punched. Andrews said the victim’s first name is Mark.

The incident occurred at the intersection of Knox Street and Chelten Avenue in Germantown – though it’s not clear when. The disturbing footage shows one teen punching Mark, who appears unsuspecting at first and then shocked as he attempts to walk away. He’s then punched a second time by a different teen, while at least three others stand around watching and laughing.

It’s not clear where the video originated – Andrews reportedly said another co-worker shared it with him. As of 10 a.m. this morning, the footage had 1.8 million views, more than 51,000 shares and 15,000 comments.

The incident is being investigated by the Northwest Detectives Division. Anyone with information is asked to contact the police.