Auto racing offers rowdy tailgates with plenty of beer drinkin’ and “constant action.” What does that remind you of? 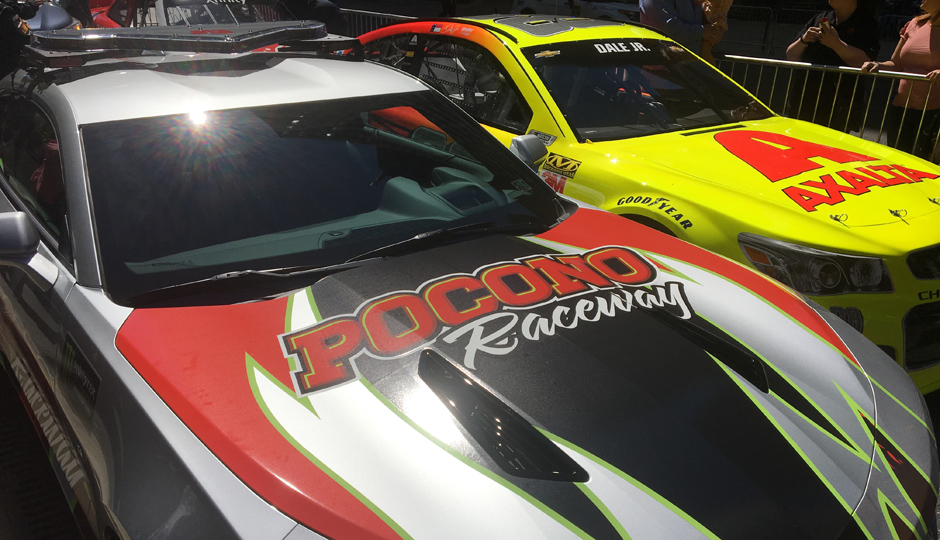 We here in Philadelphia go hard for our sports teams. Clearly. Other cities don’t have fans that show up early to drink in the parking lot before baseball games — we’re a special breed.

With that in mind, and given the close proximity of both Pocono Raceway and Dover International Speedway in Delaware, NASCAR thinks it has a product tailor-made for Philly sports fans.

“You find a lot of passion at a NASCAR track, and I’d say fans from Philadelphia would blend right in,” Peter Intermaggio, Comcast’s senior VP of marketing communications, tells Philly Mag. “NASCAR races do well here, but we want them to do a little bit better.”

That’s why NASCAR invaded the city on Tuesday for the second year in a row — this time to promote two upcoming, back-to-back races at our “local” racetracks on June 3rd and June 10th. Stunt drivers did burnouts in stock cars on JFK Boulevard, which was pretty rad:

Racers from NASCAR’s XFINITY Series (think minor leagues) made appearances at Reading Terminal Market, the Phillies-Mariners game, and, of course, the obligatory stop at 9th and Passyunk. 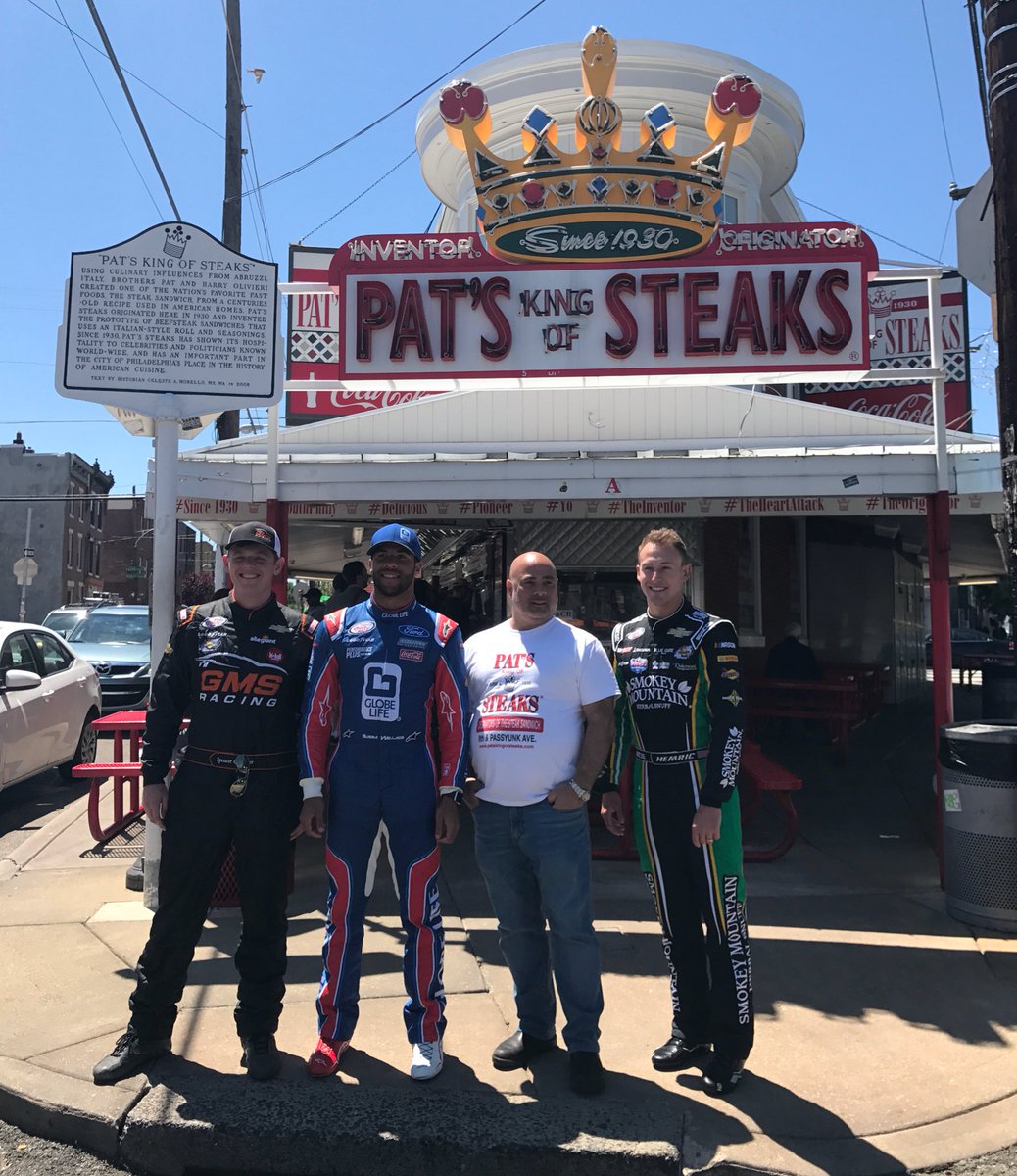 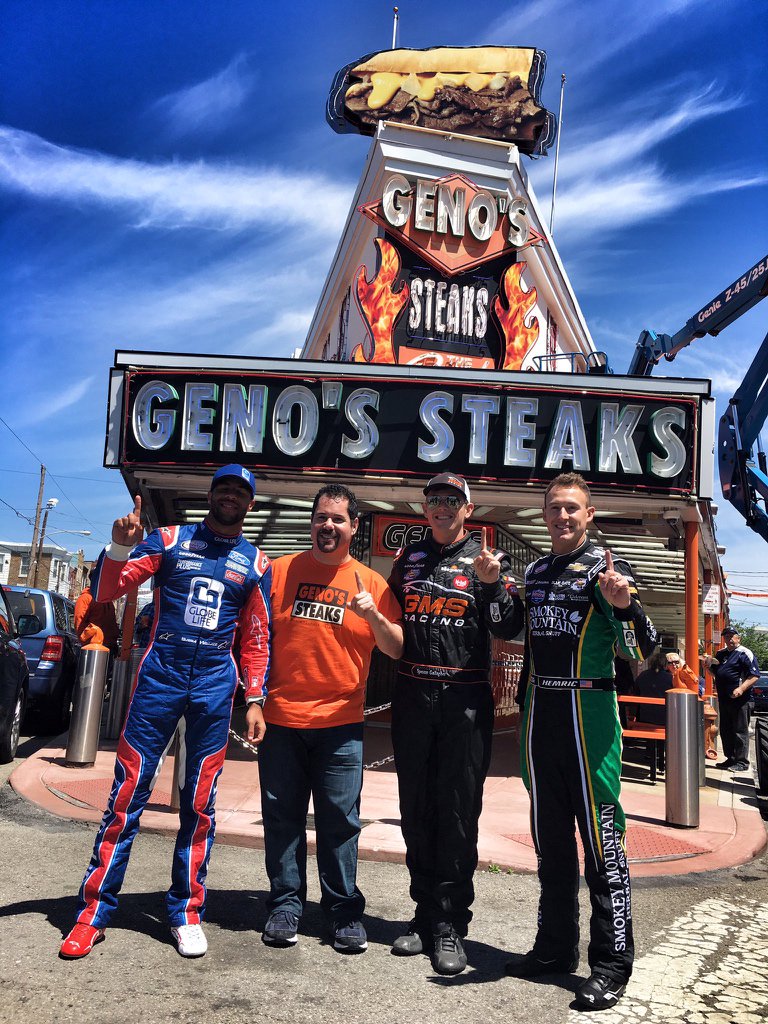 “Pennsylvania is a huge racing state,” XFINITY Series driver Brennan Poole says. “For me, as a kid, I grew up racing here and as I’ve gotten older I’ve learned a little bit more about the Philadelphia area.”

Poole is no joke. The Texan’s longtime girlfriend is from Jersey and he’s been to several tailgates at the Linc for Birds games – which he calls “insane.” He’s gone on dates to Geno’s, where his picture hangs among the collage. He gets Philly fans, and he believes NASCAR has all of the necessary ingredients to draw us in.

“NASCAR is this huge party,” Poole says. “You go out camping or tailgating with all of your buddies, drink some beer and watch racing. There’s just nothing better than that, man. You gotta pay attention a little bit to understand what’s going on, but there’s constant action all the time. You might think NASCAR is just guys driving around in circles for hours, but if you know what’s going on, there’s a lot more to it than that.”

“You’ve got to think of the character of the city. We all know that Philadelphia is a scrappy city, a hard-working city,” Comcast’s Intermaggio says. “It’s also young, vibrant and full of energy. Not a small amount of swagger here in Philadelphia as well. I think about our drivers and I think about our races, and that sort of describes these guys as well.”

Alright Philly, so what do you say? The tailgating component of NASCAR certainly lines up with our disposition as sports fans, but can we actually get into the sport itself? Rooting interests around here tend to lie with the locals. Maybe we’d need an actual driver from the area to go all in.

Regardless, with how close the two tracks are (both less than a two-hour drive) and the toga party atmosphere of races, how about we unite with the rest of the state and give NASCAR a chance? Those good folks out in Pennsyltucky might be onto something we’re missing out on.