Is the NFL Draft One Big Bust for Philly Tourism?

It's downright easy to get a hotel room or a table at some of our best restaurants. 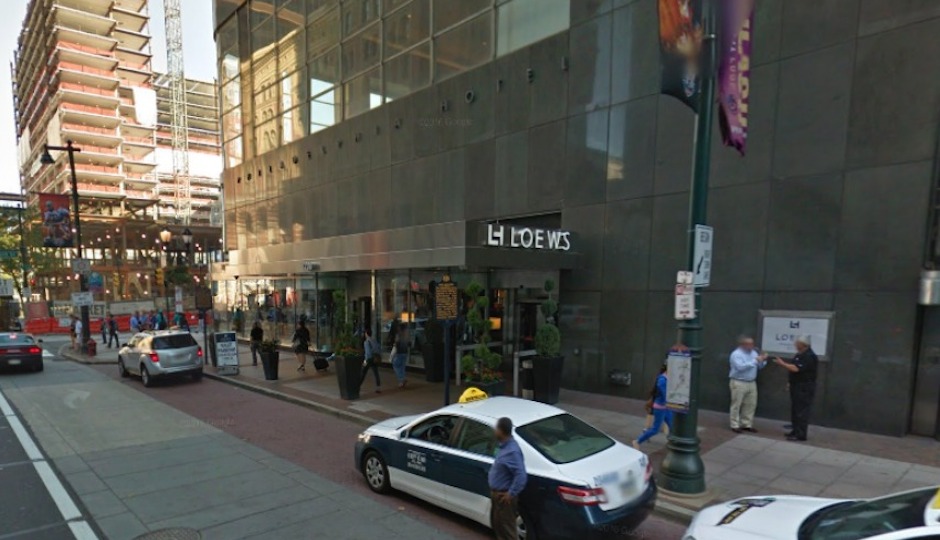 Plenty of rooms at the Loews and other hotels in Philly during the NFL Draft. (Image via Google Maps)

With the NFL Draft mega-event — sold to us with promises of great exposure, a tourism bump, and a revenue jolt — already underway in Philadelphia, we would have expected hotel availability to be scarce. We would have thought that getting a table at a great restaurant would be downright impossible. But that’s simply not the case.

While the Pope’s visit and the DNC made it nearly impossible to get a hotel room in Philadelphia, you can book a room — and a relatively cheap one! — without a problem every night of the NFL Draft. And if you wanted to get into a good restaurant during the DNC, you had to know somebody. (Alas, it turned out that the papal fans were content with brown-bag lunches and McDonald’s.) But for the NFL Draft, you can eat away!

On Thursday afternoon, we checked in with the hotels in Center City to see what we could get. For a last-minute reservation from Thursday through Sunday — the draft ends on Saturday, and we figure people would want to stick around and party one more night — availability is far and wide.

For around $200 per night, you can stay at the Loews, Warwick, Sofitel, DoubleTree, and the Wyndham in Old City. For less than $200, a room can be yours at the Four Points by Sheraton, the Days Inn Convention Center, the Sheraton Philadelphia Downtown, and either of the Marriott properties in Center City.

And if you’re willing to take a gamble on a site like Hotwire, which offers “secret” deals where you don’t know the name of the hotel, you can scoop up a three-star hotel in Center City East (this would include a place like the Marriott Downtown) for just $67 each night.

“We really didn’t know what to expect,” says Ed Grose, executive director of the Greater Philadelphia Hotel Association. “We’ve never done this before.”

Grose told us that he wouldn’t be able to provide specific occupancy rates until after the NFL Draft is over, but he didn’t seem all that optimistic.

“When we started planning this, we reached out to Chicago,” says Grose. (Chicago hosted last year’s NFL Draft.) “And we learned that while business was good, it wasn’t nearly enough to fill the hotel rooms.”

Grose also points out that the prices are low because they were intentionally set that way.

“Your NFL Draft visitors is not the same as a DNC visitor,” he observes. “For that, you had people on expense accounts. That’s not generally the case here.”

A quick look at AirBnb verifies that there are similar deals to be had, even within blocks of the NFL Draft, which is being staged in front of the Art Museum. A private room within walking distance of the NFL Draft for just $59 per night, and previous visitors have given it a five-star, perfect rating. A full Art Deco condo all to yourself right next to the NFL Draft is $167 nightly. Not bad for a two-bedroom, two-bathroom spot with a private deck.

As for the restaurants, it seems like there’s more availability than normal on a weekend in Philadelphia, let alone a weekend where supposedly 200,000 people are coming to the NFL Draft. Laurel, Parc, Morimoto, Harp & Crown, Butcher & Singer, Barclay Prime, and Del Frisco’s all have tables available.

Of course, we won’t really know until all of the numbers are tallied and the “official” reports have been issued whether the NFL Draft is one big tourism bust for Philadelphia, but it’s not looking great.