"The Axe Man" Jeremiah Trotter is appearing at the … M&T Bank on Street Road? 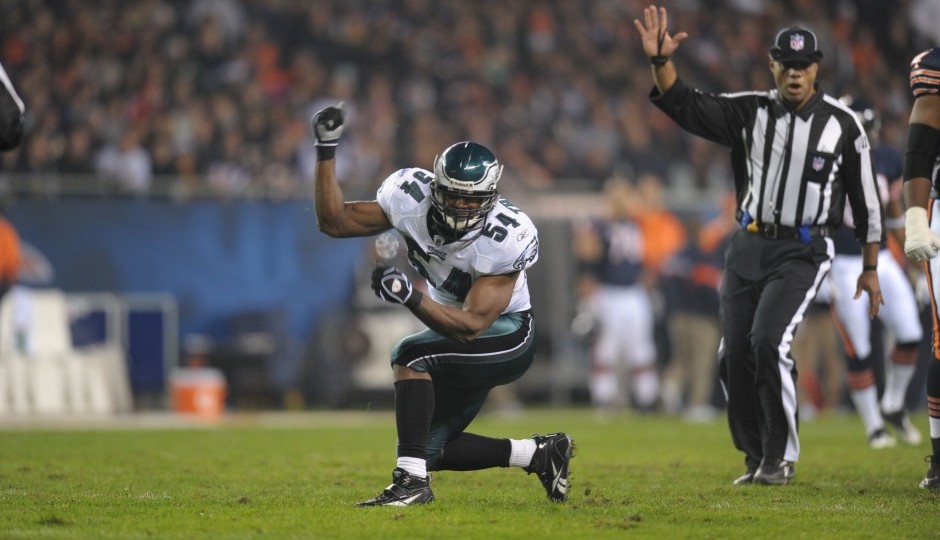 Marks will be discussing all things NFL Draft and presumably a little bit about managing your portfolio or whatever the corporate sponsors have mandated.

Thanks to @Visa, Jeremiah Trotter is coming to our Bensalem, Pa. branch! Join us 4/25 from 12-2PM for live sports talk w/ @SportsRadioWIP. pic.twitter.com/L8792scuZO

Don’t miss your chance to pick up some deposit slips and meet the man who was ejected prior to the 2005 season opener for fighting Atlanta Falcons cornerback Kevin Mathis.

The event runs until 2 p.m. and the first 250 people will receive mini-footballs to have “the Axe Man” sign.

While Trotter became a household name during the Andy Reid era, he actually predated Big Red in Philly by one year, first playing for the Birds from 1998 to 2001. Trot came back just in time for the team’s run to the Super Bowl in 2004 and stayed through 2006 before returning once again in 2009 following Stewart Bradley’s ACL injury (ah, what could’ve been). Trotter was inducted into the Eagles Hall of Fame in 2016.

Also worth noting: M&T Bank owns the naming rights to the Baltimore Ravens’ stadium, which served as the home field for Shane Falco and the rest of The Replacements.