Tips on Monday had incorrectly placed the 37-year-old Cleveland man in Philadelphia. 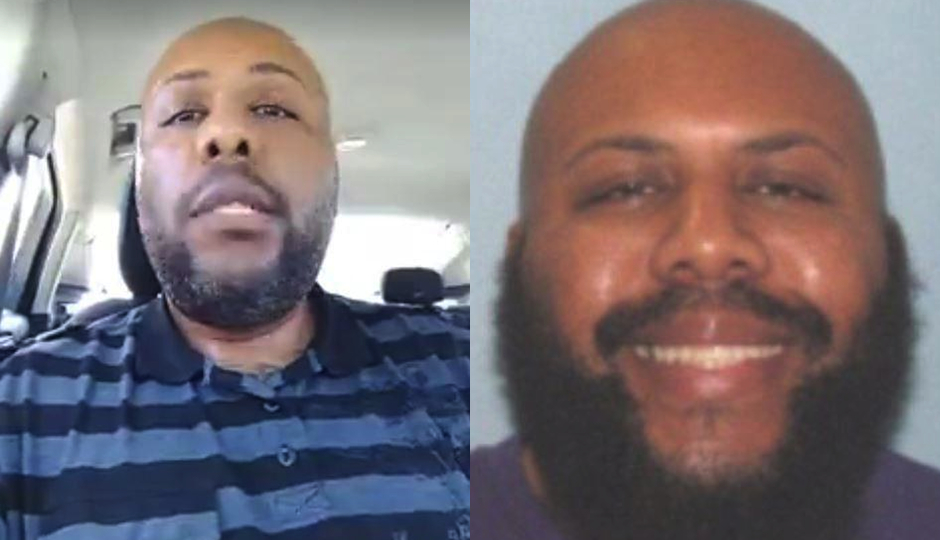 Left: Accused “Facebook killer” Steve Stephens in an image from this weekend. Right: A photo of Stephens released by the Cleveland Police Department.

Pennsylvania State Police officials have confirmed that a Cleveland man wanted on an aggravated murder charge stemming from an Easter Sunday killing that was posted to Facebook killed himself in Erie County on Tuesday morning following a brief pursuit, 6ABC reported.

While rumors had incorrectly placed Steve Stephens in Philadelphia on Monday, authorities caught up with the 37-year-old on Tuesday roughly 400 miles away in the northwest Pennsylvania county.

Steve Stephens was spotted this morning by PSP members in Erie County. After a brief pursuit, Stephens shot and killed himself.

Police say Stephens posted a video of himself shooting 74-year-old Robert Godwin Sr. to death just two minutes after sharing another recording on the social media platform where he announced his plans to kill somebody.

A manhunt for Stephens that first began in Cleveland following Godwin’s murder expanded outward as law enforcement in this state was notified of his potential presence.

While investigators have not yet identified a motive for the seemingly random slaying, other videos released by Stephens detailed his catastrophic gambling losses and trouble with his girlfriend. The news station reports that Stephens filed for bankruptcy two years ago.