The Ivy League's all-time leader in steals spoke from the heart and drew praise from a Naismith Memorial Basketball Hall of Famer. 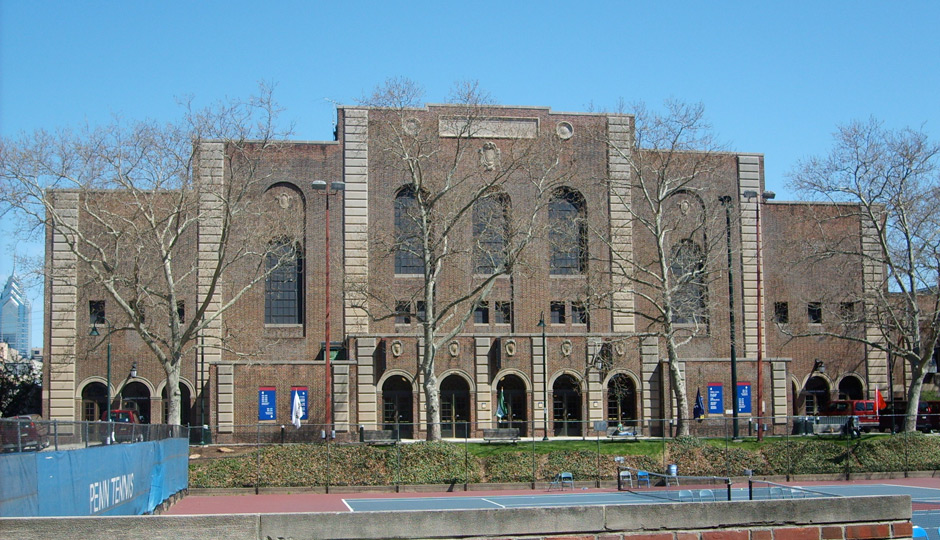 The Palestra, home to the Big 5 Hall of Fame.

To the selection committee of the Philadelphia Big 5’s Hall of Fame, each of the city’s participating universities is created equal. They play no favorites when determining who goes in.

No one program or player is above another regardless of their success at varying levels on the basketball court, a fact that was evident Monday night as the informal conference inducted the latest class into its hallowed Hall at the Palestra.

On a night when two current NBA players and a Naismith Memorial Basketball Hall of Famer were among those enshrined, it was a gritty guard from Penn who never won an NCAA tournament game who received the loudest ovation. To outlast Dartmouth or Columbia is one thing, but Ibrahim Jaaber showing up Philadelphia’s last National College Player of the Year is something else entirely.

Jaaber — whose time in the Big 5 you likely missed despite ending his collegiate career in 2007 as the Ivy League’s all-time steals leader — has become a poet and published author after playing ball for several years overseas.

While Jameer Nelson of Saint Joe’s, who has gone on to play 13 seasons in the NBA after sweeping all of the major awards following his senior season on Hawk Hill in 2003–2004, and the other inductees extolled the typical virtues of hard work and dedication in achieving your dreams on the court, Jaaber penned and performed a thought-provoking ode to the literal life-and-death nature of basketball for many urban players like himself:

“Life is like a game of basketball, do or die.
You either pass up your dreams or learn to shoot for the sky.
And I wasn’t trying to spend my life playing one-on-one with strife, stuck in a trap running laps between a gun and a knife.
The hood is good for wasting away your talents and taking away your balance.
And shaking you up in a way that makes you afraid to face a challenge.”

The poem’s sentiments were echoed by Villanova’s George Raveling, one of the last remaining elder statesmen from the Big 5’s golden age, who lamented how his own life would have been dramatically altered had he not picked up a basketball.

“You represent everything that’s good in sports,” Raveling said to Jaaber after following him at the podium. “As a 79-year-old man, soon to be 80 in June, I want to tell you that if I come back in the next life, I want to be like you.”

That’s extremely high praise considering that Raveling was once in the presence of Dr. Martin Luther King, who actually gave him the original typewritten copy of his “I Have a Dream” speech moments after delivering it on the steps of the Lincoln Memorial.

For Jaaber, basketball is more than just rhythmically poetic — it’s a game representative of the struggles and successes of life itself.