It involves a coffin, flowers and about 50 concerned constituents. 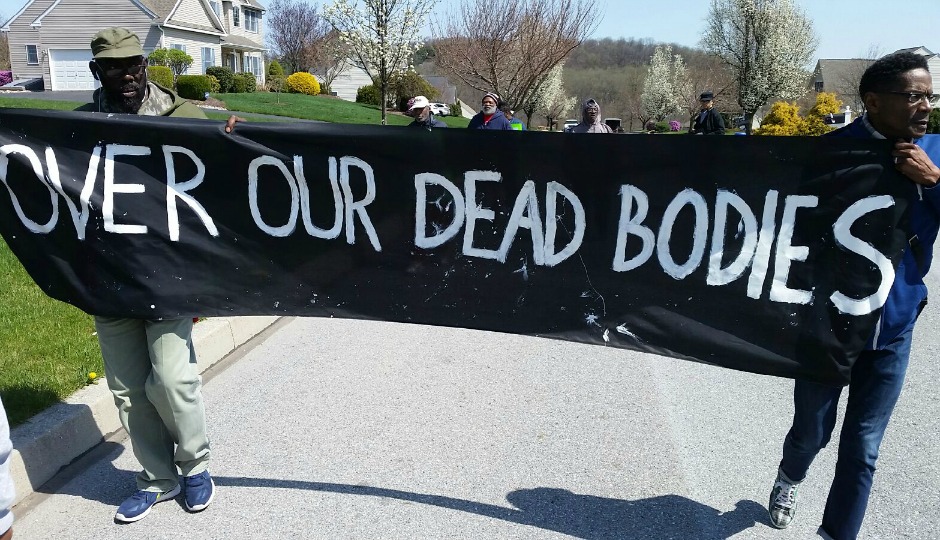 Yes, there have been countless protests held for Sen. Pat Toomey – but today might’ve been the first time constituents ever organized a funeral for him.

About 50 Philadelphians took a bus and several cars to Zionsville, Pennsylvania this morning to hold a “political funeral” outside the senator’s house. The hour-long march in Toomey’s neighborhood was orchestrated by ACT UP Philadelphia, an all-volunteer organization “committed to ending the AIDs crisis through nonviolent direct action,” according to organizer Max Ray-Riek, who’s been with the group for 10 years. 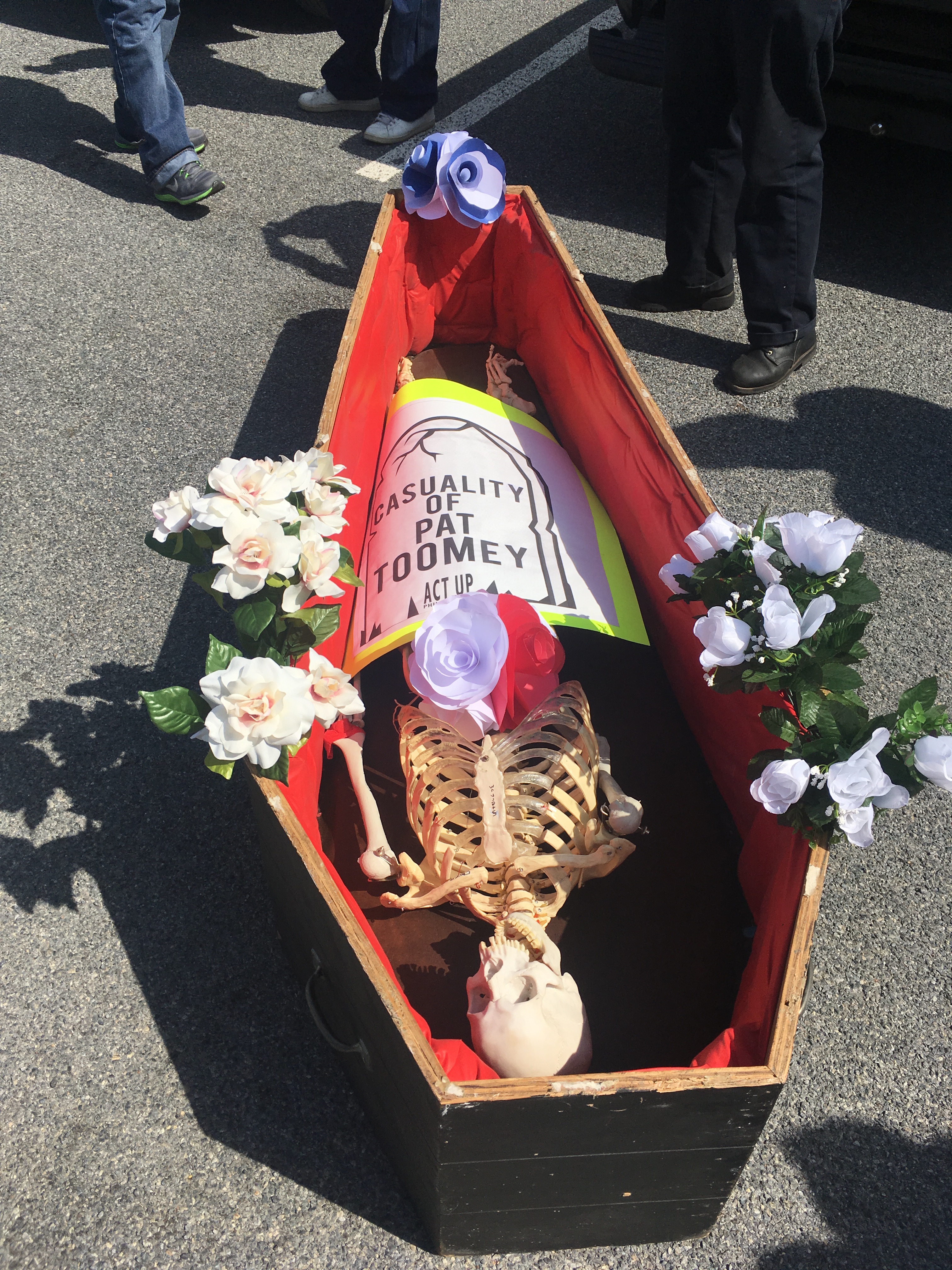 Demonstrators were protesting President Donald Trump’s proposed budget, which would eliminate more than $6 billion in Department of Housing and Urban Development funding. Protesters worry that cuts would affect the Housing Opportunities for Persons with AIDS program – or HOPWA, which provides housing assistance and related supportive services for low-income people living with HIV/AIDS.

Philadelphia receives $7.3 million through HOPWA – and there are currently more than 230 people on the program’s waitlist. Ray-Riek said the program’s housing vouchers mean “life or death” for homeless people living with HIV/AIDS.

“Right now we have an empty coffin, but we know that there are lives that will be lost,” Ray-Riek said. “We’re not afraid to bring the ashes of our loved ones directly to [Toomey’s] door if he approves this budget.”

ACT UP summarized today’s protest in a press release:

A busload and several cars driven by ACT UP members and supporters convened at a cemetery near Senator Toomey’s home. The group unloaded a coffin adorned with flowers, in which a skeleton held a sign reading “Casualty of Pat Toomey.” Other signs read, “We Will Not R.I.P.” and “Pat Toomey’s Budget Kills.” The group also carried a banner reading, “Over Our Dead Bodies.” For 45 minutes, the group of about 50 activists marched in the streets of Senator Toomey’s neighborhood, escorted by State Police. Marching back and forth in front of his house several times, the group held a moving funeral (as the police prevented the group from pausing at his home).

ACT UP Philadelphia organizer Tyrone Boykin said the Philadelphia group has advocated for additional funding through HOPWA for years.

The group wasn’t able to get through to Toomey, who praised Trump’s budget proposal in a statement issued last month.

“After years of overspending, I am encouraged that the President has proposed actual spending cuts and has committed to maintaining the overall cap on discretionary spending,” the statement read.

“The president’s budget is a suggestion of his priorities. It is up to Congress to fund the federal government. Senator Toomey believes the president has made some constructive suggestions, but this is just the beginning of the process, and he is looking forward to carefully examining each of the proposed reductions in this budget proposal as the appropriations process begins in the Senate.”

Trump’s full budget proposal will be released in May.