OPINION: That Time a Straight White Woman Wrote About Woody’s …

Owens: A tone-deaf review of a Gayborhood bar that’s been called out for racial discrimination points to a larger problem. 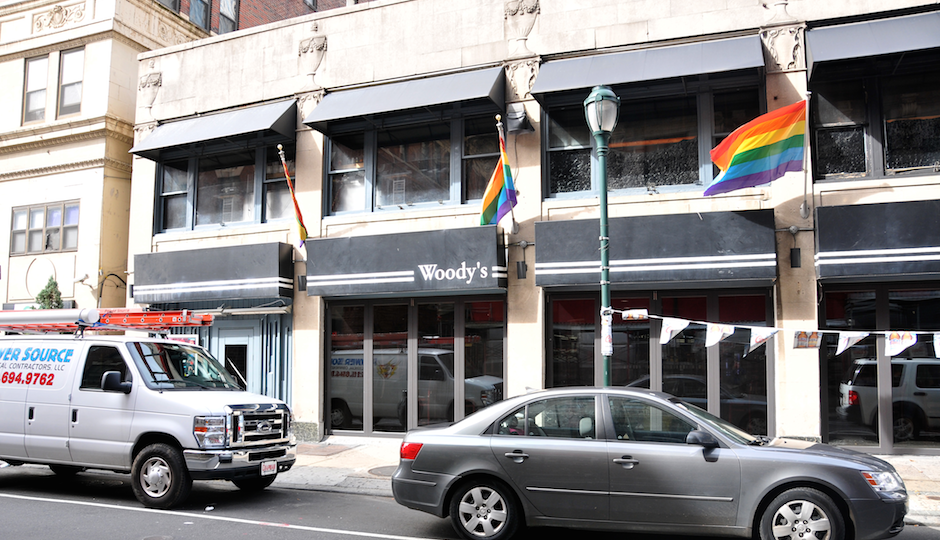 The Philadelphia Inquirer just played itself, and it has no one else to blame.

On Wednesday, our “paper of record” published a piece headlined “Bar Code: Room for all at Woody’s, now a sprawling Gayborhood empire.” (It has since been changed.) In the review, the critic — Samantha Melamed, a straight white woman — says she decided to revisit the bar after a decade away on seeing news reports that tied Woody’s co-owner Michael Weiss to the recent indictment of District Attorney Seth Williams.

Woody’s, of course, is one of the Gayborhood bars called out last year by activists for its allegedly discriminatory dress code; along with the neighborhood’s other bars, it is currently under a mandate by the Philadelphia Commission on Human Relations (PCHR) to undergo racial bias training. Melamed writes: “Whether those tensions have been defused, I can’t say. What I do know is that when I returned, on a Saturday around midnight, I found people of all genders, sexual orientations, and skin colors getting sloppy drunk together in apparent harmony.”

I cringed at her snap assessment of a very long and tumultuous saga, but it got worse. As she neared the end of her visit, she writes, Celine Dion’s “My Heart Will Go On” prompted a singalong: “In the end, racial tensions and corruption allegations may tear us apart — but, at least for four minutes and 39 seconds, Celine brought us all back together.”

It doesn’t surprise me that a little over a week after Weiss stepped down from the Mazzoni Center board and faced a barrage of scrutiny for his part in a federal investigation, his “sprawling Gayborhood empire” would be desperate for some image rebranding. But as a black gay man who has experienced discrimination at a place the Inky now wants to describe as having “room for all” and reported on others who have faced “covert racism” there, the insensitive timing and tone of the review were a huge slap in the face.

And here’s how something like this happens: a lack of newsroom diversity. Not just at the Inquirer, but in Philly newsrooms across the board.

I was reminded of these disparities during last weekend’s National Association of Black Journalists’ regional conference right here in Philly, whose population is more than 40 percent black. A recent survey from Pew Research Center, based on data from the American Society of Newspaper Editors, reports that “black share of all newsroom jobs [nationwide] has remained steady over the past several years and stood at 4.7%.” The Inquirer itself has critiqued its own newsroom for not looking more like the majority-minority population it covers; and ASNE data for 2016 pegs the paper’s black representation at 6.4 percent and total minority newsroom representation at 13.7 percent. (The Inky’s sibling, the Daily News, which has traditionally had higher representation, showed 23.5 percent and 25.5 percent, respectively; data is not yet publicly available for the now-merged newsrooms.) This very publication isn’t above reproach — I was one of a diverse group of writers who criticized Philly Mag for its own diversity problems.

This critical lack of black and brown reporters and editors leads to a disproportionate number of white straight journalists covering issues pertaining to race, LGBTQ, culture, and politics, which inevitably leads to the arguable downplaying of racial discrimination faced by diverse members of the LGBTQ community. A journalist of color reviewing Woody’s would most likely have done more to draw out individual patrons on the changes they’ve seen at the bar, if any, and been less likely to rely on a personal snapshot impression. But ultimately this is less about an individual reporter and more about the institution: Would this story have run this way if diverse LGBTQ individuals had had an opportunity to chime in during the reporting and editing process? Not a chance.

Overall, what this review spotlighted was how much this city still doesn’t understand the dynamics of LGBTQ life and how it intersects with people of color. Rather than presume that a damn ’90s classic “brought us all back together,” there could have been a question about that time Weiss and other co-owner Bill Weiss, his brother, thought it was smart to bring homophobic rapper 50 Cent to the Gayborhood after they were first subpoenaed by the PCHR. (Yeah, they actually thought that was a good idea.)

But perhaps common sense isn’t too common on diversity issues. Maybe PCHR should do some racial bias training for the entire local media industry — it might pay bigger dividends.