Lauren Boggi and the Death of Lithe

Fitness doyenne Lauren Boggi lost everything at the top of her game. 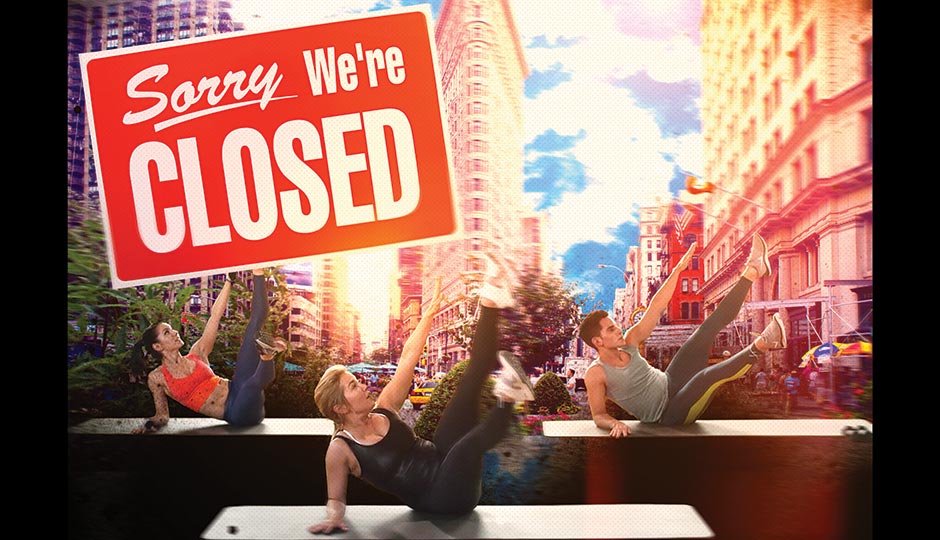 Lauren Boggi is sitting in a windowless room that looks like the place where casinos take people who are caught counting cards. It’s deep inside a Center City office building. The walls are bare except for some bilingual posters that read fbi investigates bankruptcy crimes. Philly fitness maven Boggi, dressed in all black, is staring at two large men — stewards of the bankruptcy court — who are trying to figure out just how broke she really is.

A lot of people in the boutique-fitness world have been wondering the same thing. Three days before Christmas, Boggi sent out an email to clients informing them that the bank accounts of her company, Lithe Method, had been frozen and the three Lithe studios — once mentioned in the same breath as SoulCycle by the New York Times — were shuttered. In the months since, Boggi has been her same old enchanted self on social media, posting about Louis Vuitton, chlorophyll milk, and a new subscription-based online fitness company that bears her name. The disconnect between what she owes (north of $650,000 to clients and creditors) and what she projects has left some observers scratching their heads.

Boggi built a posh brand. Lithe was the premiere boutique-fitness fiefdom in Philly, fueled by the relentless positivity of its founder, who’d developed a cardio-cheer-sculpting workout regimen that attracted the who’s who. The wait list for 6 a.m. classes was notoriously long. Women killed themselves to achieve #Varsity status — attending 250 classes in a year, priced at up to $28 a pop. There were Lithe-branded juices, apparel, even vacation getaways. Being part of the community was a status symbol.

Apparently, Lithe’s financials weren’t as rock-solid as Boggi’s clients’ glutes. For years, she was rumored to be opening a studio in the luxe Flatiron District of Manhattan. After signing a 10-year lease in 2012, she ran into roadblocks (mostly having to do with soundproofing and a persnickety condo board) while trying to retrofit the space with the necessary apparatuses for her signature workouts. Boggi got caught in cash-flow purgatory, shelling out more than $20,000 per month for a space that wasn’t bringing in income. She sued the landlord to break the lease and lost; he countersued and won. After exhausting her appeals, she couldn’t muster a settlement or pay the $412,000 judgment plus interest. Hence the filing for Chapter 7 bankruptcy.

“Everyone is looking for some big scandal, but really, just a bad business deal went down,” says one former Lithe instructor who requested to remain anonymous. “I think the most miraculous part of the story is that a guy who is wanted by Interpol can shut down a company.”

Wait, back up. Interpol? Indeed. The man behind the company from which Boggi leased the space is a French-Israeli businessman named Eddie Abittan. According to the Israeli newspaper Haaretz, Abittan was sentenced to six years in prison last summer for his role in a white-collar criminal ring that defrauded the French government of 283 million euros. Abittan is believed to be hiding in Israel. Boggi is one degree removed from what’s being called “the sting of the century,” but the narrative that she fell victim to an international crime syndicate is a stretch. Being a big-time crook and a run-of-the-mill landlord are not mutually exclusive.

Meanwhile, the bankruptcy has made fitness-class vagabonds of the Lithers, who’ve been meeting for happy hours and gathering to try new classes. Nobody seems to have found a replacement for Lithe yet, says Kim Phillips, of Queen Village: “I know it sounds funny to say, because it’s a workout class, but it still feels like there’s a gap in my life without it.”

Published as “The Death of Lithe” in the April 2017 issue of Philadelphia magazine.