The student alleges that being in the same locker room as a trans student brought him "immediate confusion, embarrassment, humiliation, and loss of dignity." 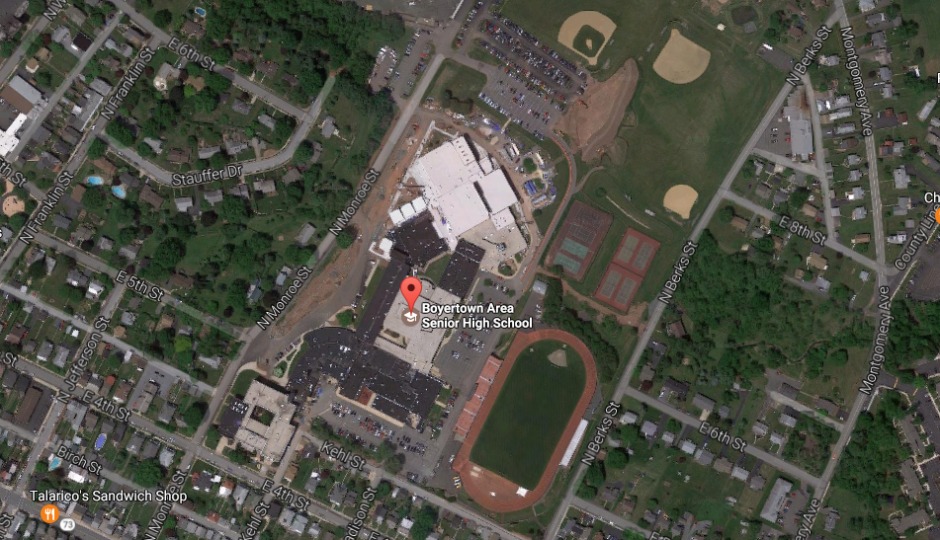 A student has sued a Pennsylvania school district over a bathroom policy that allows transgender students to use the facility of their choice.

The lawsuit, which was filed by attorneys with conservative groups Alliance Defending Freedom (defined as a hate group by the Southern Poverty Law Center) and Independence Law Center, claims that the Boyertown School District’s bathroom policy constitutes sexual harassment and violates personal privacy, according to various news outlets.

The plaintiff, a student at Berks County’s Boyertown High School, reportedly alleges that being in the same locker room as a transgender student who was transitioning from female to male brought the plaintiff “immediate confusion, embarrassment, humiliation, and loss of dignity.”

Attorneys allege that the student complained to school officials, who told him to “tolerate” the situation, according to the Associated Press.

“We trust that our children won’t be forced into emotionally vulnerable situations like this when they are in the care of our schools because it’s a school’s duty to protect and respect the bodily privacy and dignity of all students,” Randall Wenger, chief counsel of the Independence Law Center, told 69 News WFMZ. In this case, school officials are clearly ignoring that duty.”

Eliza Byard, executive director of the Gay, Lesbian and Straight Education Network, said the situation at the high school “does not need to be made into a litigious issue,” according to Philly.com.

“The existence of a transgender person living their life appropriately at school cannot constitute sexual harassment,” Byard told the AP. “It might make another student uncomfortable and in that case, there is a common sense legal remedy of providing separate accommodations to the student who feels uncomfortable.”

The lawsuit comes one month after President Donald Trump lifted a guidance issued by the Obama administration that required all state schools to allow transgender students to use the bathroom of their preferred gender. The action stocked outrage from many, including LGBTQ communities. It’s now up to individual states to determine how to interpret and enact anti-discrimination laws affecting transgender students.

In a statement obtained by 69 News, the Boyertown Area School District said it “is reviewing this matter with our legal counsel and has no further comment at this time.”