We chat with the outspoken queer businesswoman of color on the performance scene, Gayborhood racism from the inside out, and how we can really come together. 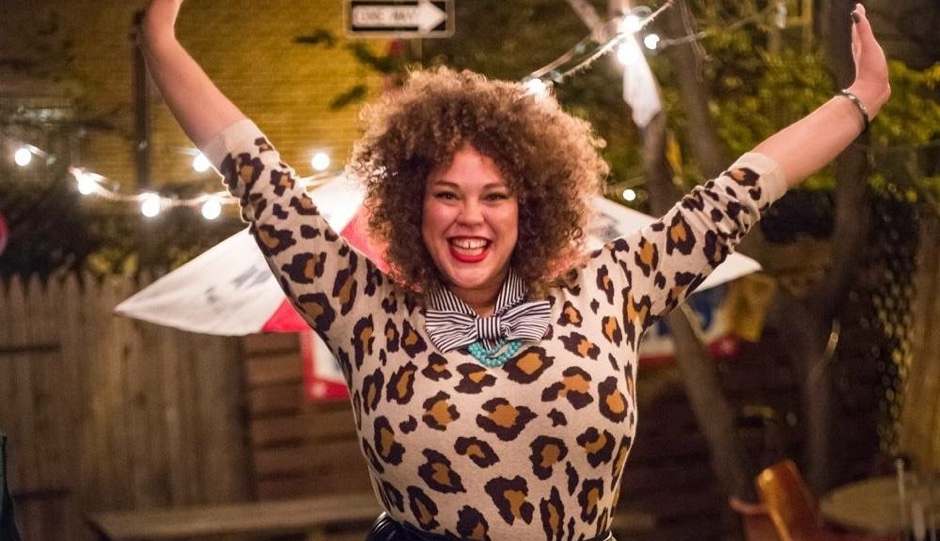 Ashley Coleman is a queer businesswoman, bartender, and events producer in the Gayborhood. The outspoken entrepreneur chats with us about being a woman of color in the performance scene, Gayborhood racism from the inside out, and how the community can really come together.

Tell us a little bit about yourself.
I was that teen that would be rushing out of my gay youth group meeting, at Haven Youth Group, coming from the Lehigh Valley every week for Woody’s underage night. I started my first nonprofit event company in 2001 when I was still in high school, benefiting groups like Camelot for Children and several 9/11 funds. I left home at 18. I moved from my hometown of Emmaus, Pa., to Portland, Maine, then Boston, then Kailua, Hawaii (followed by moving into town shortly after). After Hawaii I moved to Santa Barbara and then to Los Angeles. I moved to Philadelphia just before my 26th birthday. I had been going to school and bartending the whole time, and I knew then that the way I could create positive change for my community was unconventional but it was time to roll up my sleeves now that I was home. I started bartending at Sisters in 2009, approximately 10 years after my mother had stopped being a shot girl there. When Sisters closed I started working at Tabu, Tavern on Camac, and Voyeur all at the same time. I started bASH events, a community-forward event company, in 2013 and began throwing events staffing and highlighting mostly QPOC. I was doing all of this while working my butt off to get a B.S. in secondary education social studies and a B. A. in history. Now I am the conference coordinator for the Philadelphia Trans Health Conference. I don’t know if I have ever been so proud in my life.

You are a well-known Gayborhood bartender. As a queer woman of color, what’s your perspective on all that has come out recently about racial discrimination in the LGBTQ community?
I would notice, and still do, that as I clocked in, I was always one of the few, if not the only, staff member that looked like me, and certainly even fewer POC handled the money. It makes me sick, exhausted, and hurt that my light skin and my ability to swallow the microaggressions, letting them poison MY well, made me more palatable to folks who turn the key of the bar at night, the bar that my black hands make money for. Over the summer I was wearing a lot of head wraps. I had found this site called the Wrap Life, and it was the answer to me feeling beautiful on my protective hairstyle days. Well, during that week three different customers smiled at me and exclaimed “I love THIS” — waving at my headwrap — “you look just like Aunt Jemima!” By the third person I was in tears. I wanted to shout “That’s racist! Don’t you see that equating me to a mammy while I serve you food and alcohol doubles down on your ingrained white supremacy?” But I do not. I know that if I am perceived as the angry black woman that my words become invalid to them. That my hurt and passion are not valid, because it wasn’t “meant like that.”

Just to give some extra context I’ll leave this here: The inspiration for Aunt Jemima was Billy Kersands’s minstrelsy/vaudeville song “Old Aunt Jemima,” written in 1875. Just 10 years after the slaves were “freed,” the Aunt Jemima character was prominent in minstrel shows and was later adopted by commercial interests to represent the Aunt Jemima brand. (Thanks for this definition, Wikipedia!)

I am not your minstrel. I promise.

From your viewpoint, have things gotten better?
Things in the Gayborhood have not gotten better or worse. They are exactly the same. That is the biggest problem. The racism, the misogyny, and the cruelty to our fellow LGBT siblings has always been present. We are all just more aware of it now. We as POC are no longer afraid to say something to the Queer Beckys. Stand up! Yell it out! We will progress because QPOC will make sure that the LGBT community truly embraces that this is our community too. Life only gets better when you treat others with respect!

What is one piece of advice you would like to give those who are cynical about the possibility of progress?
We are lucky to be alive in this time period. To be adults in the beginning of the next civil rights movement gives us all the opportunity to enact true change. If you don’t want to be part of the progress then take a seat in the back, quietly, because we are not here for that.