A suit filed against the Roosevelt Motor Inn in Rhawnhurst is the first of its kind under the state's 2014 human trafficking statute. 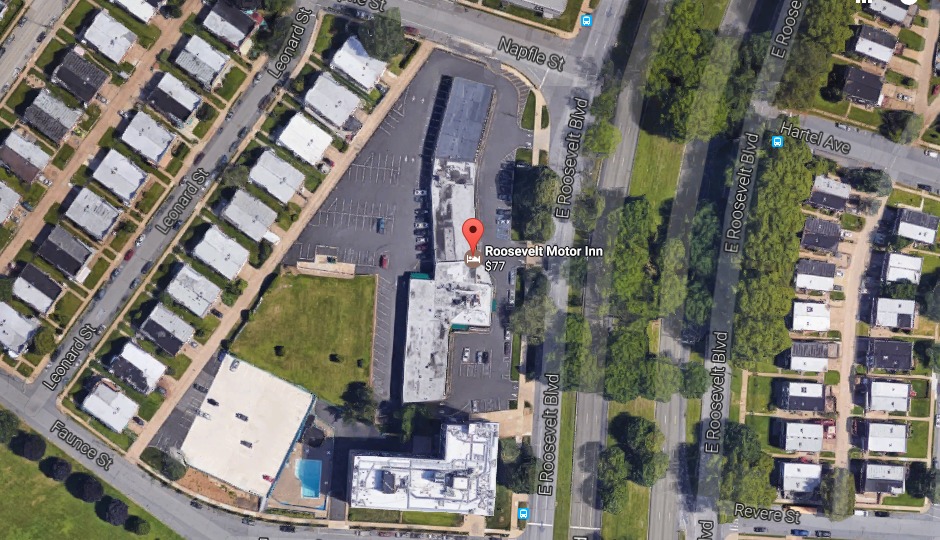 A hotel in Northeast Philadelphia has been accused of regularly providing rooms to human traffickers.

A lawsuit was filed on behalf of a 17-year-old girl who claims she was forced to perform sexual acts with men at the Roosevelt Motor Inn, located at 7630 Roosevelt Boulevard in Rhawnhurst. The lawsuit, which was filed in the Philadelphia Common Pleas Court, accuses the hotel of knowingly and regularly providing rooms to her traffickers in 2013 and 2014, starting when she was just 14 years old.

It’s reportedly the first lawsuit of its kind under Pennsylvania’s 2014 human trafficking statute, which establishes that businesses that directly or indirectly benefit from human trafficking can be forced to pay compensation to victims.

The lawsuit, filed by Kline & Specter partners Thomas Kline, Nadeem Bezar and Emily Marks, lists the defendants as the Roosevelt Motor Inn; its manager, Yagna Patel; and the company that owns the motel, UFVS Management Company, which operates out of Purchase, New York.

The complaint states that the defendants “failed to take any steps to prevent human sex trafficking at the Roosevelt Motor Inn and instead permitted heinous and unspeakable acts to occur and profited from them.”

According to the suit, the traffickers of the plaintiff, a minor who is referred to in the suit as M.B., put up Internet advertisements “for the purpose of prostituting” her. The suit alleges that the advertisements included a fake name for the girl and a phone number at which callers could negotiate sex for cash. Callers would reportedly be directed to a man named “Abdul,” who was positioned at the front desk of the Roosevelt Motor Inn, and “Abdul” would point the caller to the room where the girl and her traffickers were located, according to the lawsuit, which contends that “Abdul” was “fully aware that … underage children were compelled to perform sex for money” in the hotel.

The plaintiff was often accompanied by older men at the hotel, exhibited “fear and anxiety” on the premises and was “visibly treated in an aggressive manner by traffickers,” according to the suit.

Reached by phone Friday, Patel said he had “no knowledge” of the lawsuit and could not comment. Also reached by phone, an employee for UFVS said the company had no comment.

The suit claims that the defendants caused the girl to suffer physical harm, mental anguish, humiliation, exploitation and degradation, among other disturbances, and seeks more than $50,000 in compensatory and punitive damages.