The Eagles released the fan-favorite defensive end to free up cap space before free agency begins this afternoon. 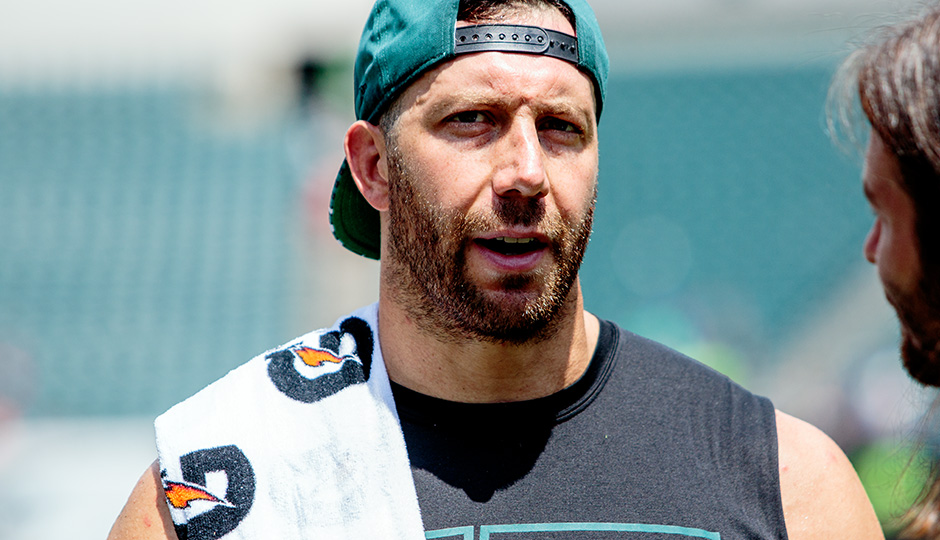 Looking to free up salary before the free agency signing period begins, the Eagles released Connor Barwin on Thursday morning. The fan favorite spent four years with the Eagles.

“Thank you Philadelphia from the bottom of my heart for welcoming me and for being the amazing city you are,” Barwin wrote on Instagram. “Laura and I want to thank Jeffrey Laurie, the entire Eagles organization, and all the fans for their support. It has been an honor and a privilege to play for this historic franchise.”

Yes, that’s right: He only spent four seasons in Philadelphia, but he managed to spell Jeffrey Lurie’s name “Jeffrey Laurie.” He really has achieved honorary From Here status.

“Connor Barwin is a tremendous teammate, player, and an even better person,” Eagles GM Howie Roseman said in a release. “He represented the Philadelphia Eagles with class and integrity for the past four seasons and we appreciate his efforts both on and off the field.

“It’s rare to come across a player who invests so much of himself in the locker room, as a leader on the field, and with his relentless work ethic. His work in the community will have a lasting impact on our city that we can all be very proud of. Obviously this was a difficult decision for us but we wish him and his family all the best. On behalf of all of us we just wanted to say thank you and we all hope that our paths cross again in the future.”

Barwin had 31.5 sacks in his four seasons with the Eagles. But 14.5 of those sacks came in 2014, his second year with the team, when he was named a second-team All-Pro. His playing time dwindled as the Eagles switched to a 4-3 defense last season.

The Eagles save $7.75 million in cap space by cutting Barwin.

“The Make The World Better Foundation will continue its work to revitalize parks in the city,” Barwin continued in his farewell message. “Our current projects at Smith Playground and Waterloo Playground are moving forward and very exciting. I hope to see many of you at our concert this year. I have learned from and cherish every experience I have had in the great city of Philadelphia and every snap I played as an Eagle.”