While Cosby's trial will be in Montgomery County, the jury will come from outside the county. Last week, a judge ruled a second accuser could testify at his trial. 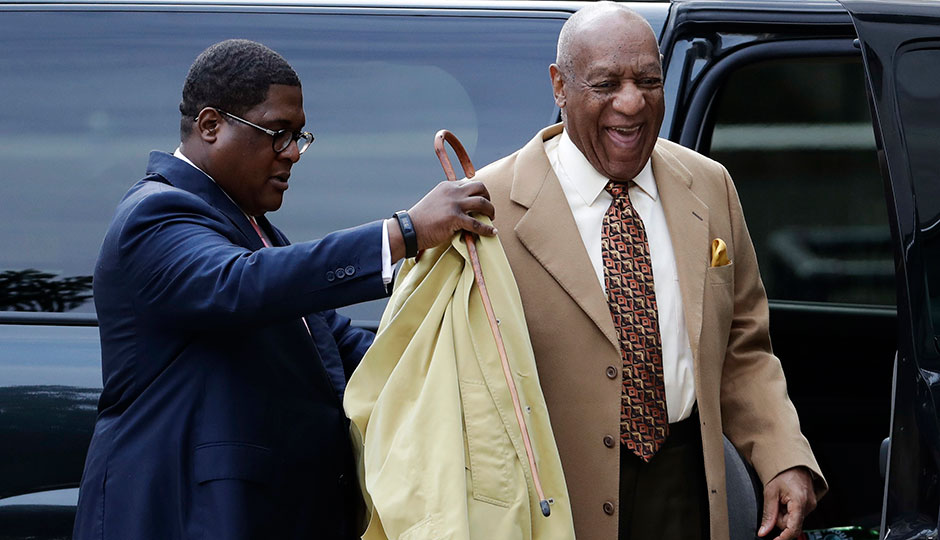 Bill Cosby arrives for a pretrial hearing in his sexual assault case at the Montgomery County Courthouse in Norristown this morning | AP Photo: Matt Slocum

Update, 11:45 a.m.: Judge Steven O’Neill ruled today that the jury for Bill Cosby’s aggravated indecent assault will not come from Montgomery County — but the trial’s venue will remain in Norristown.

Cosby’s attorneys wanted a complete change of venue. Instead, jurors will come from a neighboring county, but the trial will remain in Montgomery County. Jurors will be sequestered after they’re selected.

Earlier: Bill Cosby is back in court again today.

The entertainer, charged with felony aggravated indecent assault, is in court today asking a judge to bring in jurors from outside Montgomery County. The decision to not charge Cosby when the allegations against him originally surfaced, in 2004, became part of the race for District Attorney in 2015.

As a result, Cosby and his lawyers say jurors from outside the county should serve on the jury for his trial. The AP reports prosecutors don’t oppose the motion.

Instead, testimony will only come from Prior Alleged Victim Six, who says that in 1996 Cosby gave her a pill and wine, then molested her. She is represented by Gloria Allred, who released a statement saying she’s “glad at least one such witness will be able to testify in this case.”