Can Baseball Be Saved?

Killing off the intentional walk won't do it. But there's something that can. 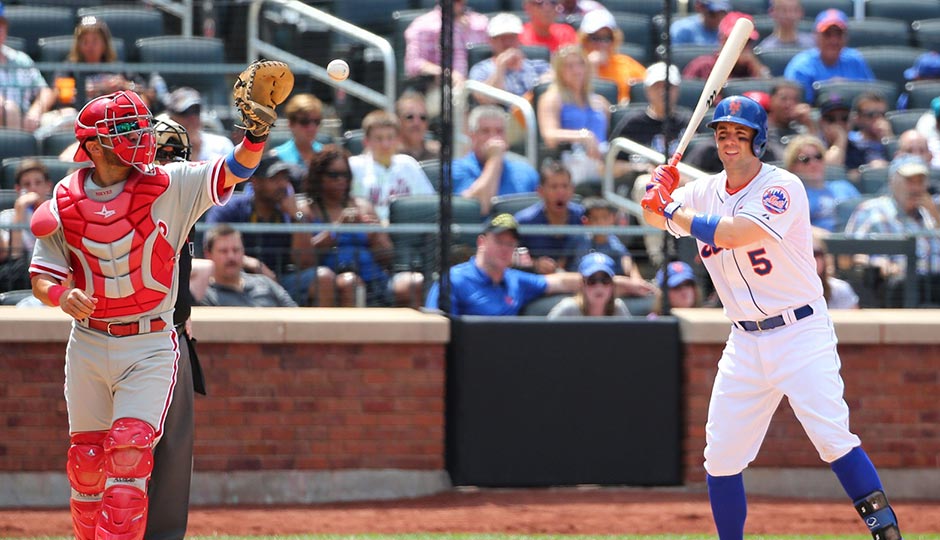 Just as the Phils kick off spring training comes the earth-shattering news that Major League Baseball is tinkering with the very foundations of America’s Pastime. That’s right: They’re killing the spectacle of the intentional walk.

The intentional walk, of course, is that interminable pause every now and then in a game in which a catcher moves way to one side or the other of home plate and the pitcher tosses the ball to him four times in a row, while the batter stands idly with the bat on his shoulder. The average intentional walk takes around 28 minutes to execute, but players like it because it provides everybody except the hitter with ample time to scratch his crotch. The fans in the stands enjoy it because they don’t have to pay attention and can glance around and wonder where Pistachio Girl went or hike over to get one of the Bull’s kielbasa. Which isn’t to say that there isn’t a lot of other downtime in baseball, what with the cleat cleaning and weighted-warm-up-bat swinging and pulling up of socks and holding of runners on base via repeated throws to the first baseman and a whole special ritual in the middle of the seventh inning in which fans stand up in their seats to stretch.

And that’s sort of baseball’s problem in a peanutshell. The fans are getting older and older — hell, they’re dying — because young people for some reason aren’t interested in sitting on their arses for what was an average of three hours and six minutes last season. (Did we mention that baseball is a game of statistics?) That’s considerably longer than the average NHL or NBA game. It’s still shorter than an NFL game, but your local NFL team plays once a week for a total of 16 games a year (and only 16 games, if you’re the Eagles), vs. 180-some regular-season games in the MLB. Last year, Fox News calculated that there are now 6.83 more days of baseball in a season due to game-lengthening. This despite rule changes in 2015 intended to speed things up by dictating, for instance, that the batter has to keep one foot in the box between pitches except in the case of a list of “exceptions” that includes foul balls, foul tips, wild pitches, umpire timeouts, and any number of other things that aren’t exceptional at all but simply part of the game.

The median age of an MLB fan is now 53. (That’s compared to 37 for NBA fans.) It’s a given that the older the fan base for a sport, the more resistant that fan base is to change. It’s sort of like the folks who voted for Trump; grow old enough, and you view the past through a thick fog that obscures stuff like racism and sexism and steroid use and leaves only a lovely golden haze surrounding those Good Old Days When Men Were Gods. (You don’t see this sort of intransigence in the X Games.) The Major League Baseball Players Association is perhaps even more hidebound than the fan base; in fact, baseball commissioner Rob Manfred announced Wednesday that he didn’t foresee “any meaningful change” in rules for the 2017 season because of “a lack of cooperation from the MLBPA.” (Among the changes Manfred was seeking to speed up the game was a limit on the number of times infielders can head out to the mound to discuss wedding presents with the pitcher.) This tacitly reveals that Manfred knows eliminating the charade of the intentional walk won’t do squat. Yet Toronto Blue Jays catcher Russell Martin was so incensed by the change that he sneeringly proposed another: “When a guy hits a home run, to speed up the game should he — just like in softball — just walk to the dugout? It would save time. I’m just wondering, at what point do we just keep the game the game?”

That’s well and good, Mr. Martin, but the plain fact is, baseball attendance is withering despite last year’s dream season that saw the lowly Cubs win the World Series and break their 108-year curse. Fewer American kids now play baseball than participate in basketball, football or even, God help us all, soccer. And as a number of baseball observers have pointed out, even the rule changes Martin would like to see wouldn’t do more than shave a few minutes off the average unwieldy game. (Last year, there was one intentional walk per 2.6 MLB games.) What’s really killing all sports is instant replay, if you ask me. But a nation that’s become more deeply divided than Yankees and Red Sox fans isn’t likely to accept that umpires are only human and the occasional bad call is just part of the game.

I love baseball. Each spring, I can’t wait for its measured majesty, the time-honored dance between pitcher and batter, the casual lope of the teams changing places, the petty drama of shaking off signs. So little happens in a game of baseball that you can mow the lawn while listening to it on a tinny outdoor radio and not miss a thing. Which, it seems to me, makes it perfect for millennials. All that time to check out Tinder and Instagram! A sport you don’t even have to pay attention to seems tailor-made to a generation whose attention span is shorter than a goldfish’s. (Really. A goldfish’s.) In the end, it’s really just a matter of marketing. Major League Baseball needs to take its cue from the culinary world. If young people can be convinced that brussels sprouts and beets are delicious, clearly, they can be convinced of anything.