The peaceful Great Wall of Love demonstration wiped out the small anti-LGBTQ group within 30 minutes. 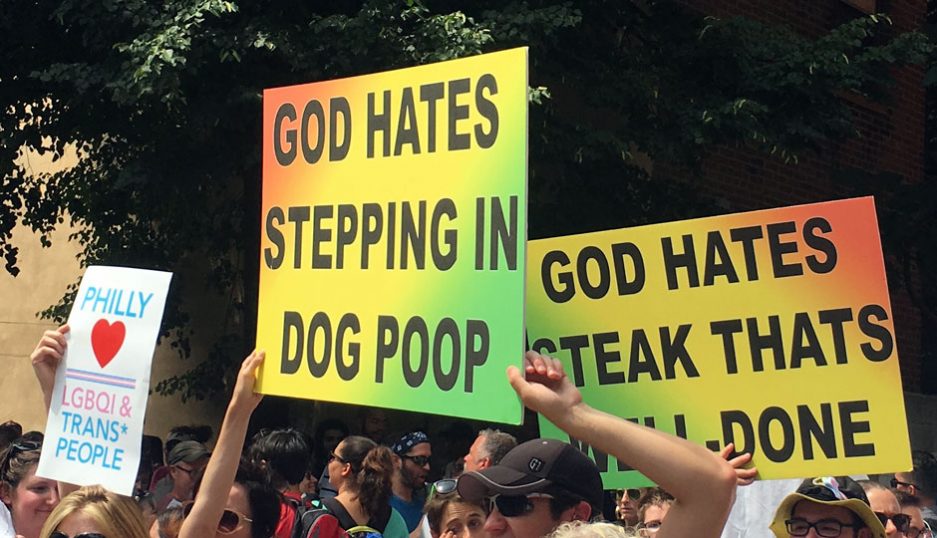 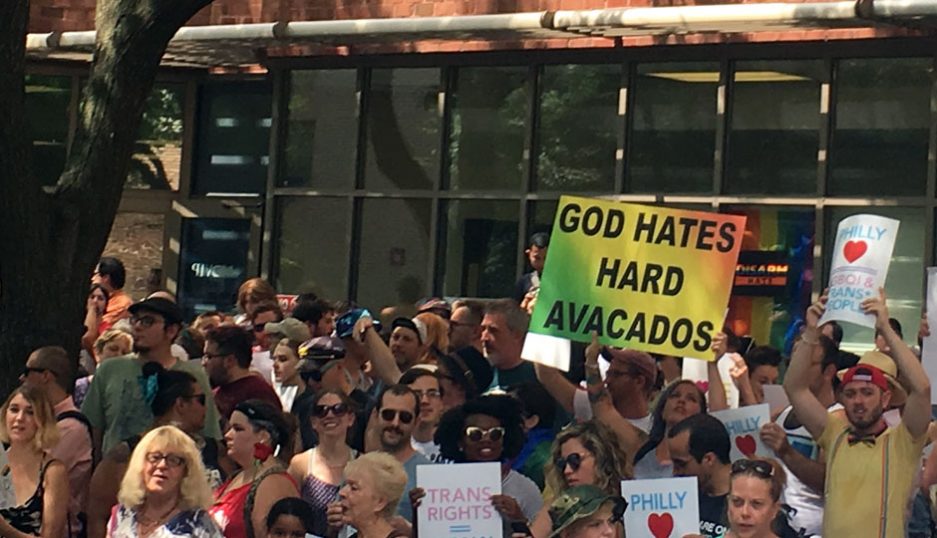 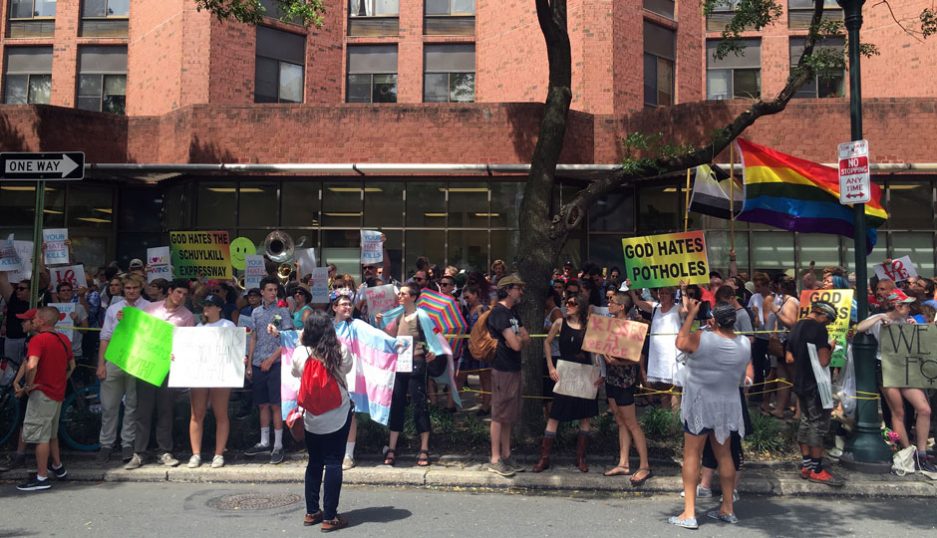 What was expected to be a large demonstration by the Westboro Baptist Church protesting LGBTQ members entering the Mazzoni Center instead became a huge pride block party. As previously reported, local LGBTQ organizers planned to host a Great Wall of Love demonstration intended to peacefully guard people from the potential insults hurled by the controversial Westboro Baptist Church. At roughly 1 p.m. outside of the Mazzoni Center at 801 Locust street, fewer than 10 Westboro Baptist Church protesters were met by a crowd of around 2,000 LGBTQ members and allies who carried various signs calling for equality and love.

“They were not ready for all the love we slayed them with,” said Joan Carson. Carson, 29, is a DNC visitor who heard about the event on social media. “I’m not from here, but it’s clear that Westboro Baptist Church’s hate for queer people is nationwide.”

Within 30 minutes of their arrival, the small group of anti-LGBTQ protesters quickly left the area and had not come back for the remainder of the event. The crowd continued with a spontaneous block party that stretched two blocks. There was a live impromptu jazz show that broke out in the crowd and the police officers on duty began to seem more relaxed.

“It was all love, the community unified very quickly to shut down the possible hatred that was intended to hit us,” said local gay entertainer Cory Wade.

Across the event, numerous community figures were surprised by how civil the event was. “I was relieved at how successful the turn-out for this went,” said Mazzoni’s communications spokeswoman Elizabeth Flynn. “Patients who visit our facilities felt safe and weren’t disturbed when entering.”

Trans activist and event organizer Deja Lynn Alvarez was also pleased with the outcome. “We showed that love conquers all,” Alvarez added. “Our community can stand together when such hate enters in.”