Through Philly Street Cuts, Lolly Galvin travels around the city to cut homeless people's hair on the sidewalk. 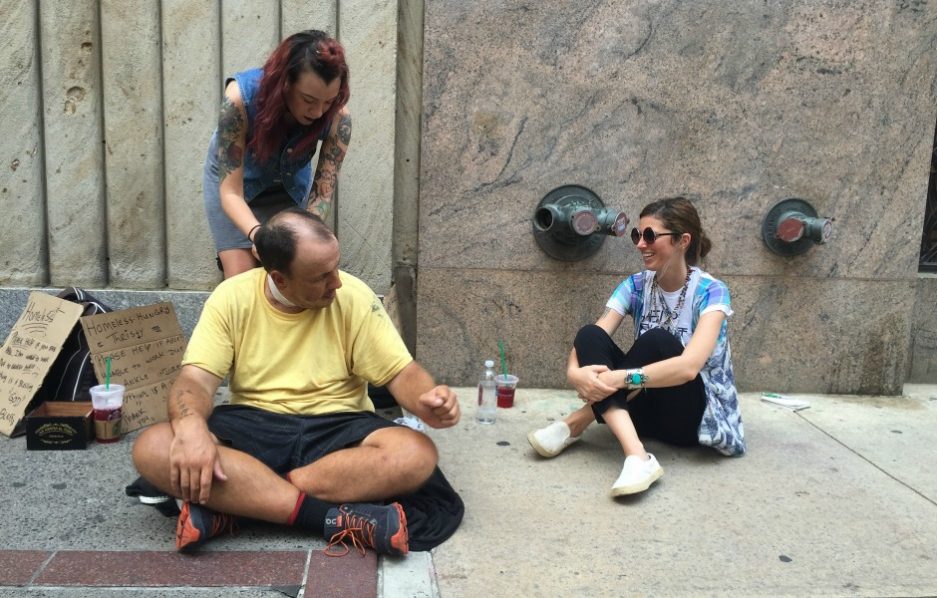 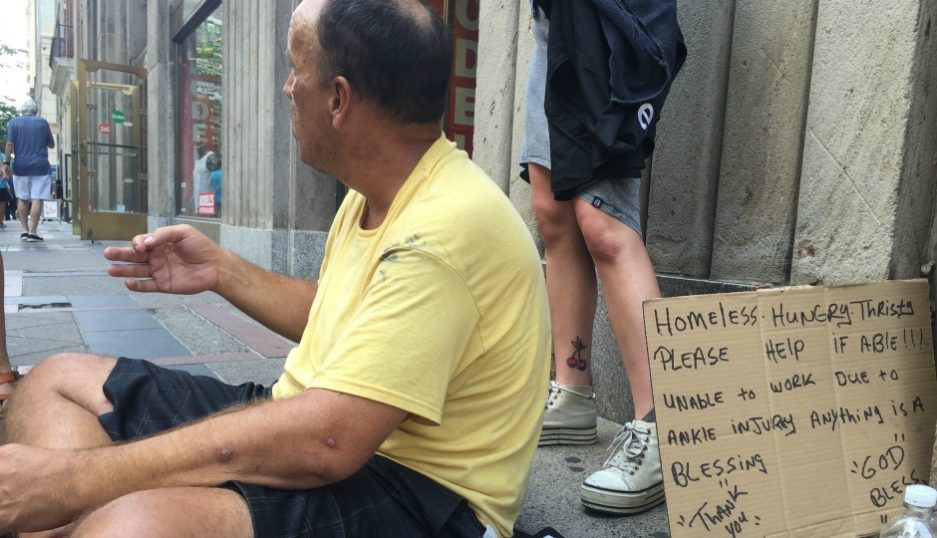 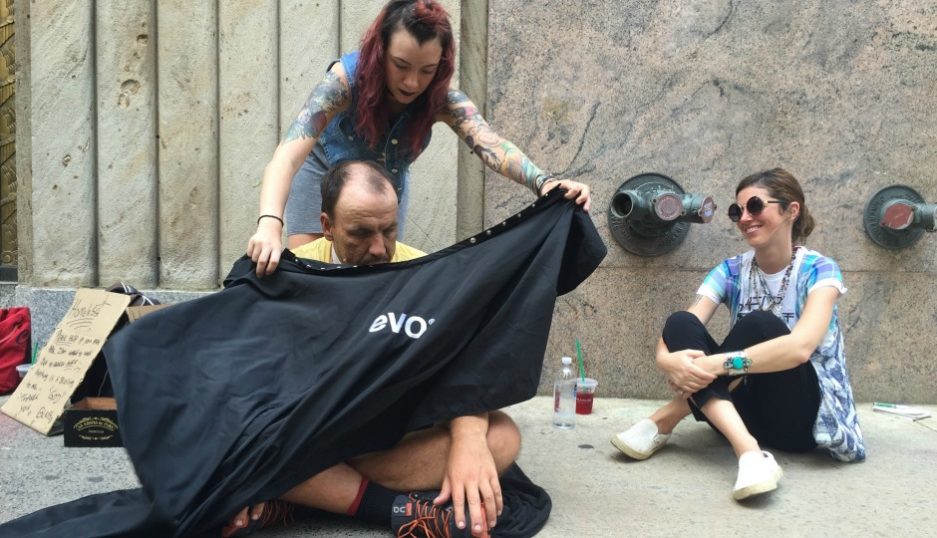 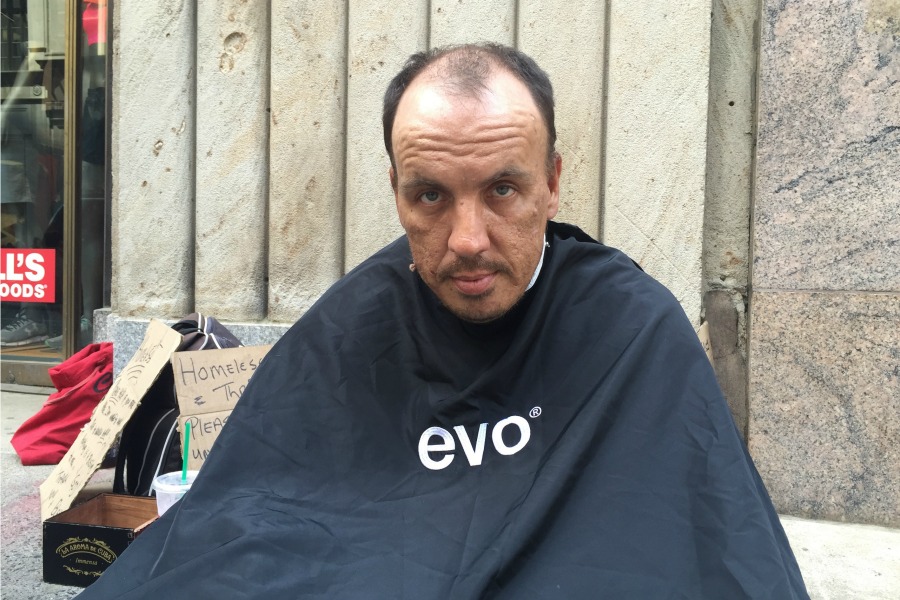 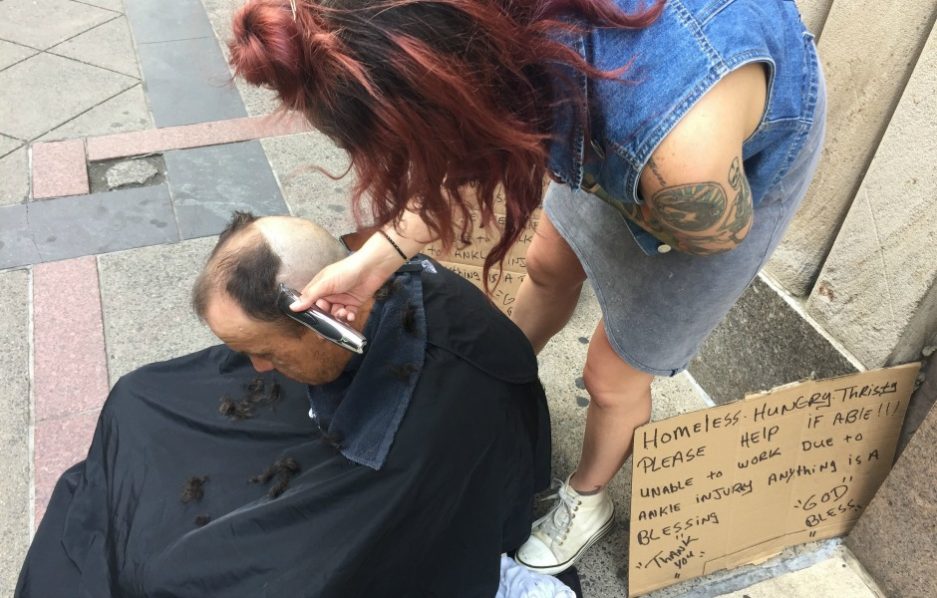 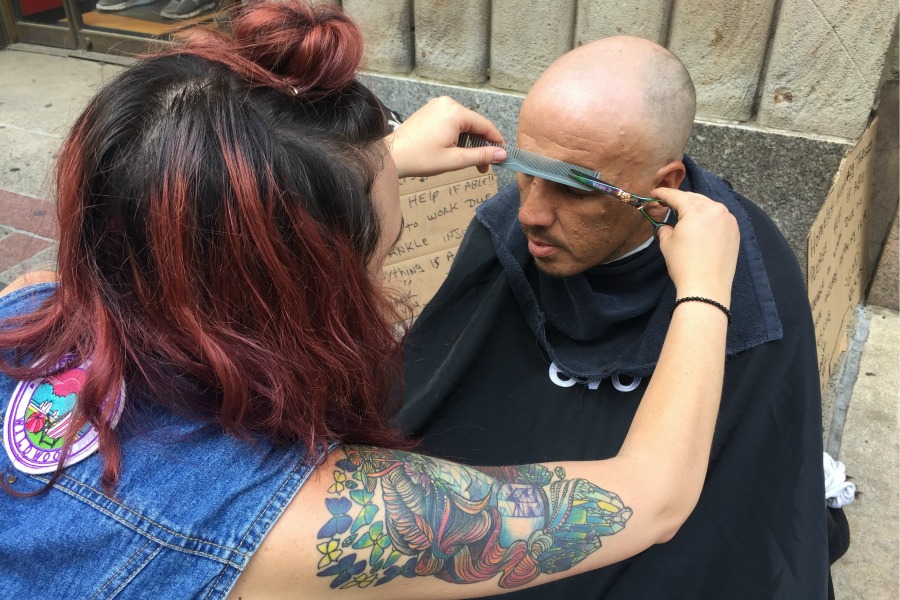 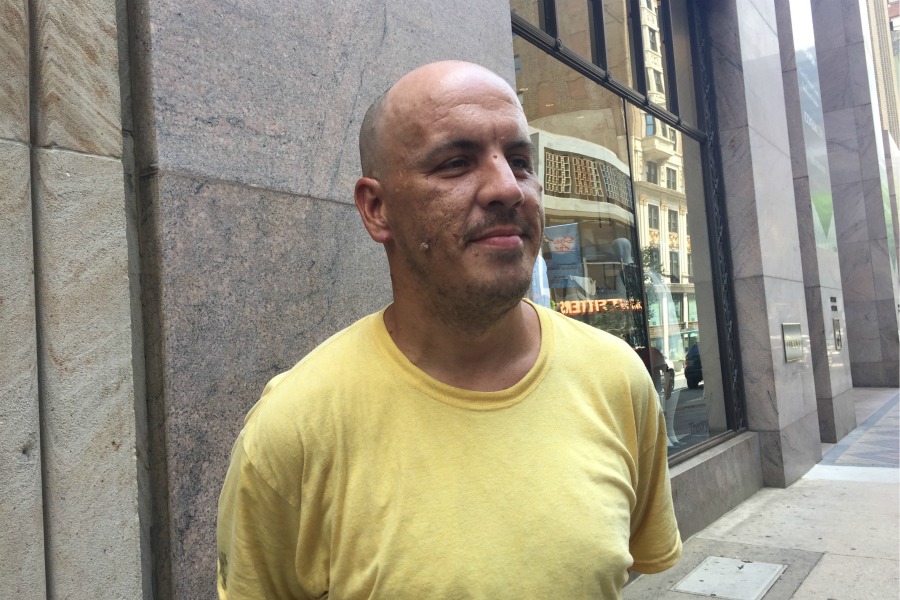 Lolly Galvin sits cross-legged on the gum-stained sidewalk near 16th and Market streets, next to a homeless man who’s getting a haircut.

He wanted it all buzzed off. Galvin made it happen.

“I usually just plop down like this,” she says as she sits beside Gary Palmer, who says he became homeless six weeks ago after suffering a debilitating ankle injury.

Palmer is situated in his usual spot with two cardboard posters and an iced tea Galvin bought him. Most nights, Palmer walks across the street to a little inlet between two buildings, where he sleeps.

Today, Galvin found him and asked if he wanted a haircut. It’s a question she’s asked roughly 30 homeless people in the past month.

Galvin’s project is called “Philly Street Cuts,” and how it works is simple: She and a hair stylist take to the streets, often near Rittenhouse Square, and offer free haircuts to people experiencing homelessness. The transformation takes place right where they sit.

“The whole thing is simple, but that’s what people overlook,” Galvin said. “It’s a silent statement of what you can do for a stranger. I want people to see a demonstration of humanity.”

After 6 years of homelessness and 3 years of not having a hair Gina got her #phillystreetcuts ✂️ by @danastylist_alterna. She's requested to be a "regular client" and was so appreciative of lighter hair in this summer heat.

Galvin, 32, is the founder of the Dignity Project, through which she raised $7,000 to travel to 12 U.S. cities to deliver “dignity bags” full of toiletries and necessities to the homeless. Now that she’s back in Philly, she wants to help people on her own streets – and she’s recruited a team of stylists to help her do so.

“We like to spend the time with people,” Galvin said. “We like to talk. You know when you go and get your hair done – that’s when you talk. This is no different at all. People will share their stories.”

Galvin teamed up with local hairstylist and friend Em Breslin to cut Palmer’s hair. Both she and Breslin were motivated to start Philly Street Cuts after discovering Mark Bustos, a hairstylist who provides haircuts to New York’s homeless.

Breslin said she’s always wanted to do something similar in Philly, but she wasn’t sure how to approach people on the street. That’s where Galvin fits in.

Galvin said crowds sometimes gather to watch the haircuts unfold, and a lot of people stop to take photos. Besides Breslin, Galvin works with multiple stylists – whoever contacts her and is available, she said.

“It gets around, and people are like, ‘This is an amazing thing,'” Galvin said. “I have so many stylists writing me now that I’m keeping them on hold because it would be haircuts 24 hours a day.”

Galvin uses the hashtag “PhillyStreetCuts” to help spread word of the project. Before and after photos, she said, are instrumental in showing how the haircuts can make small impacts.

After Breslin’s done cutting Palmer’s hair, Palmer strolls over to a nearby car and stares at his reflection in the window while running his hands over his head.

“Looks good,” he says. “I don’t have the ability to go to a barbershop, so for people to come out and help me, I appreciate it.”

So far, Galvin said only one person has refused a haircut.

“His hair – he looked like Santa Claus,” Galvin says, smiling. “But he said he was growing it out.”

@callmeleeesh gave Mike a #phillystreetcuts ✂️ which he was so appreciative of as you can tell from this photo. Mike has only been living on the streets for a couple of months and when we were finished he looked me right in the face and said "ya know, when I get back on my feet because I will, I'd love to help you guys do what you do. This is something I'd like to be involved with." Talk to someone with nothing #dignityproject

James who's been homeless for over 5 years before and after his #phillystreetcuts ✂️ @callmeleeesh gave him a fresh shave as he requested and took off his beard. It's been a year since his last cut.