A mile-long mural, more planters, and a light display at City Hall will all be installed before the DNC. A rendering of the mural “14 Movements: A Symphony of Color and Words” by Mat Tomezsko.

Broad Street will be much more colorful than usual during the Democratic National Convention. The Philadelphia 2016 Host Committee for the DNC, in collaboration with The City of Philadelphia Mural Arts Program and the Pennsylvania Horticultural Society (PHS), announced today a beautification project on the city’s main thoroughfare. Installation begins today, June 20th, and is expected to be completed in time for the DNC. 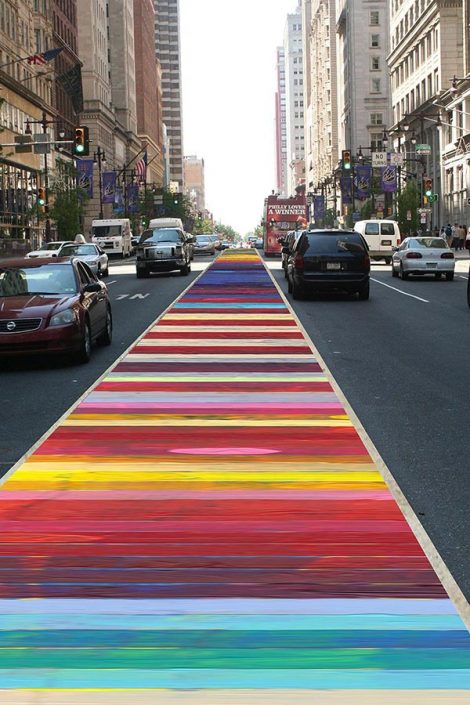 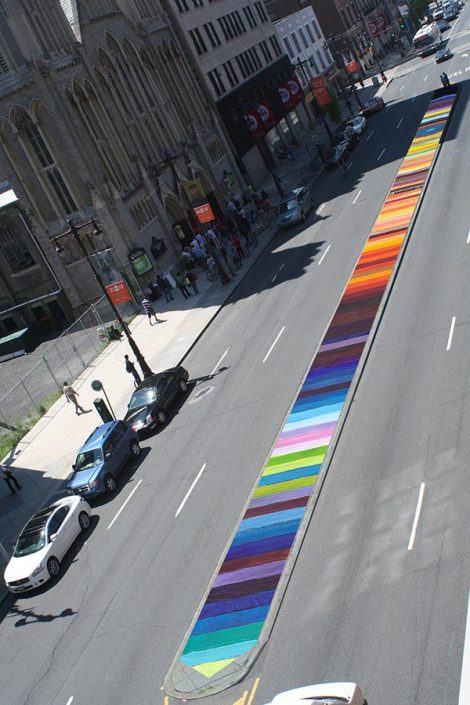 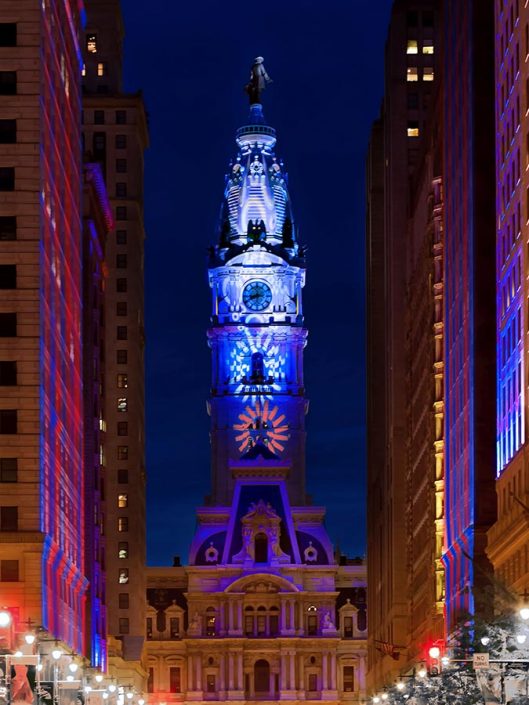 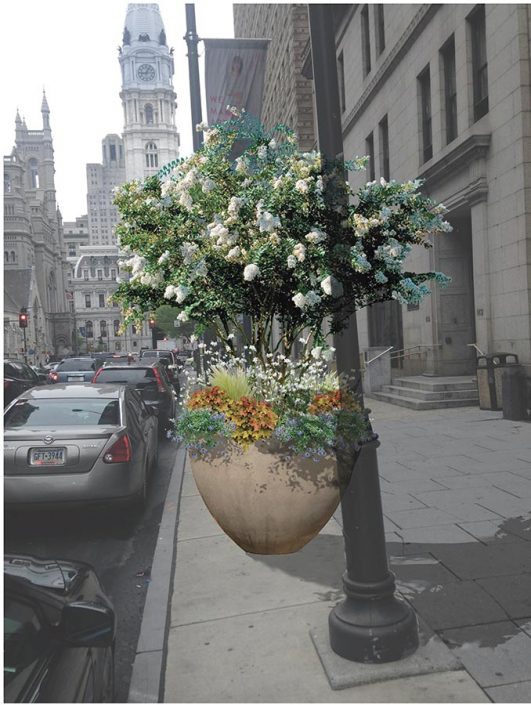 “Enhancing parts of North and South Broad Street will enable the Convention to have a lasting impact on the streetscape of a main corridor running through the city,” said Mayor Jim Kenney in a statement.

The beautification will involve three separate projects. On North Broad, in the corridor along Broad between Race and JFK Boulevard, an abundance of new flowers and plants will be planted. “This is a city of great gardens, and Broad Street is about to become the next one,” said PHS president Matt Rader. A total of 52 planters will be installed.

Work is already underway, and the actual plantings will begin June 23rd, organized with a crew from Roots to Re-Entry, a PHS program that provides citizens returning from the local prison system with tools and support to gain meaningful employment in the horticulture and landscape industries.

“I think the most significant aspect of what we can do is not only leave a lasting visual, but also leave the level of spirit in the individuals that were participating in the implementation, having individuals feel a part of this is probably one of the most significant things as it relates to re-entry,” said City Council President Darrell Clarke at the announcement.

Both Clarke and Kenney agreed that they would like to work on continuing the beautification further North on Broad Street in the future.

Additionally, Reyburn Plaza, on the west side of Broad Street, will get a turf restoration and a new perennial garden.

On South Broad, The City of Philadelphia Mural Arts Program will install a mile-long temporary mural on the raised median. The mural, entitled “14 Movements: A Symphony in Color and Words,” was created by Tyler School of Art graduate Mat Tomezsko. It’s a vibrant, colorful piece that “will bring bold color and energy to one of the liveliest streets in Philadelphia,” according to Jane Golden, executive director of The City of Philadelphia Mural Arts Program.

Tomezsko said that, because of the monumental nature of the piece, he had to view it similarly to how a composer views a piece of music, using each color “in sonata form” with each block being a variation on a theme. He said that the “form dictated the content” for the piece. Installation on it began today, and it will be temporary.

The third and final project will be a red, white, and blue light display on the South Facade of City Hall. It will be “beautiful to see and very patriotic,” said former governor Ed Rendell, who chairs the host committee.

The funds for the mural came from a grant from the Knight Foundation, while the funds for the North Broad beautification came from local philanthropist and arts supporter Jody McNeil Lewis through the Joanna McNeil Trust.