21 residents of the building on Locust were displaced, but none were injured. Two firefighters sustained minor injuries. This is what’s left over when you fight a fire in bitter cold: ice.

The result? Not quite the ice palace that’s been created by other cold-weather fires, but still: A lot of ice.

We checked out the scene shortly after dawn today. Firefighters were still on the scene, and icicles were everywhere. 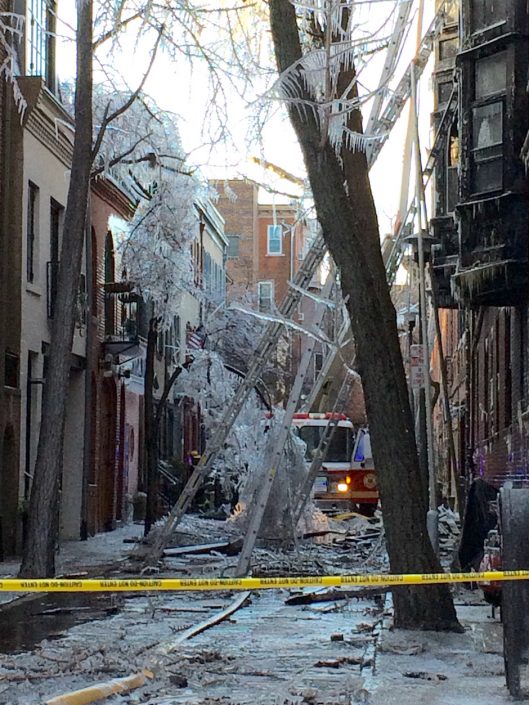 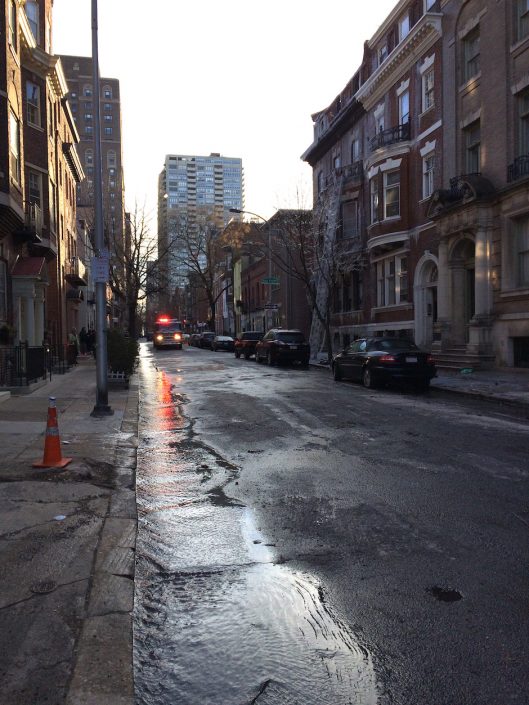 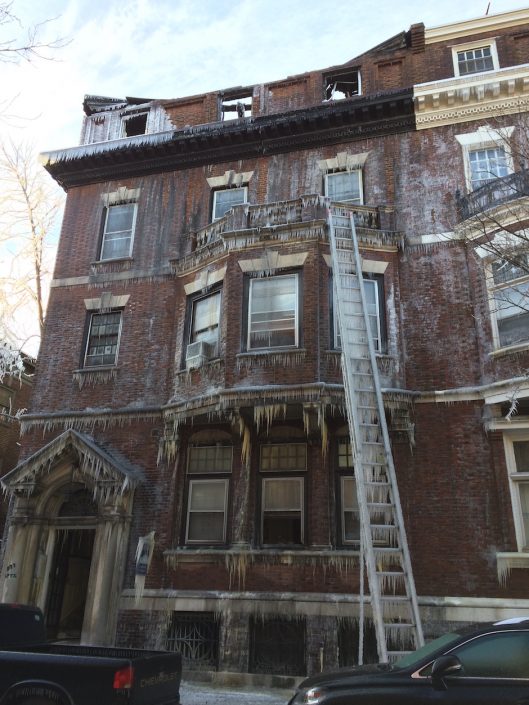 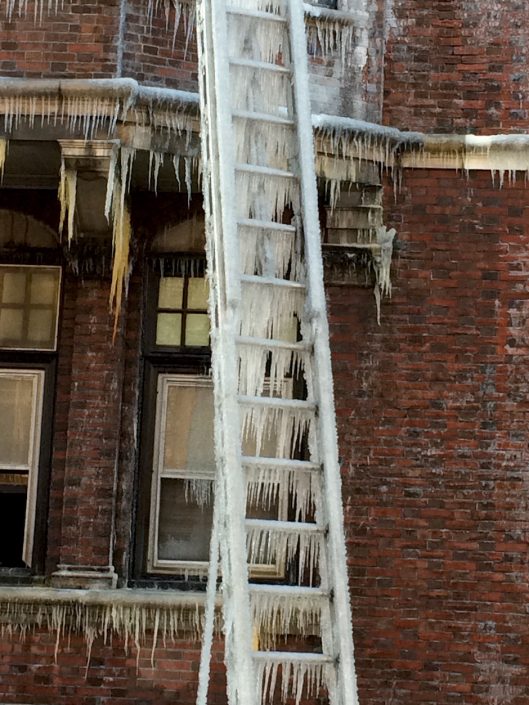 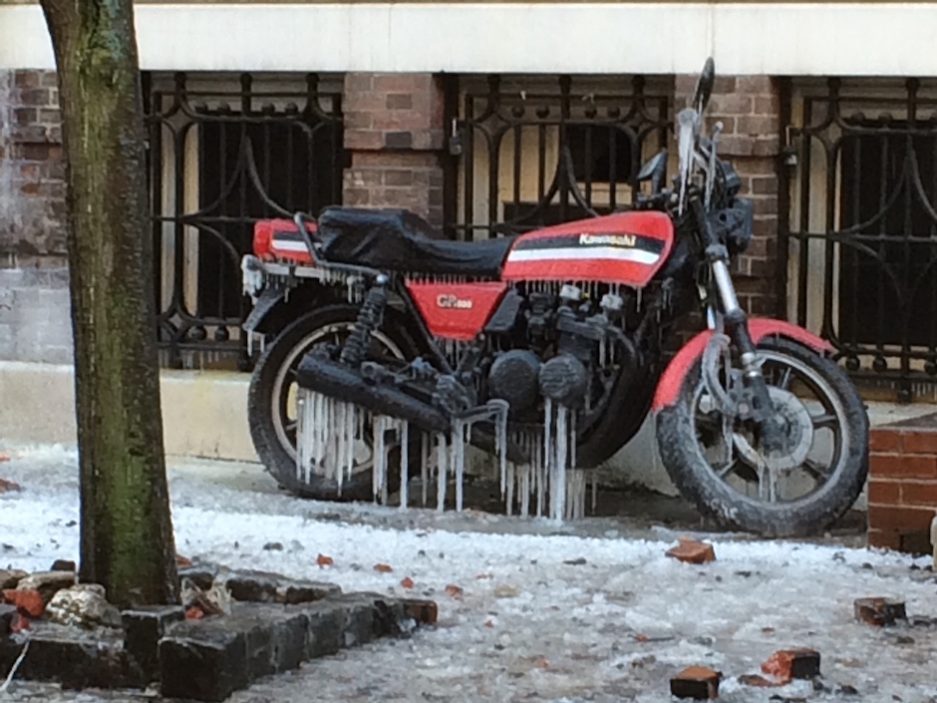 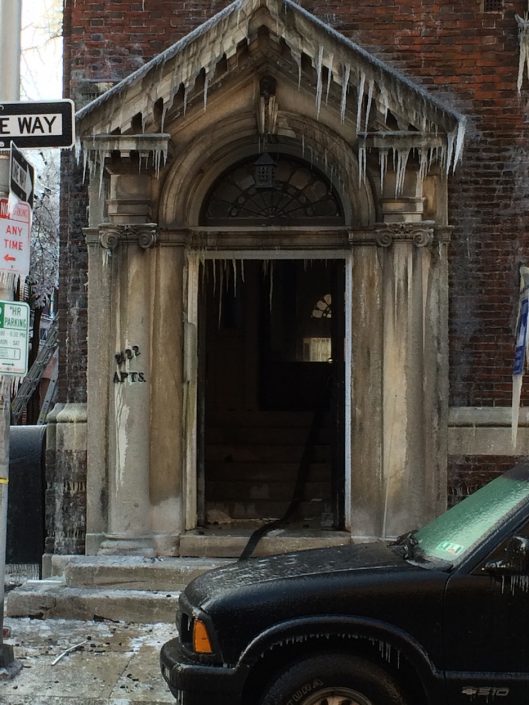 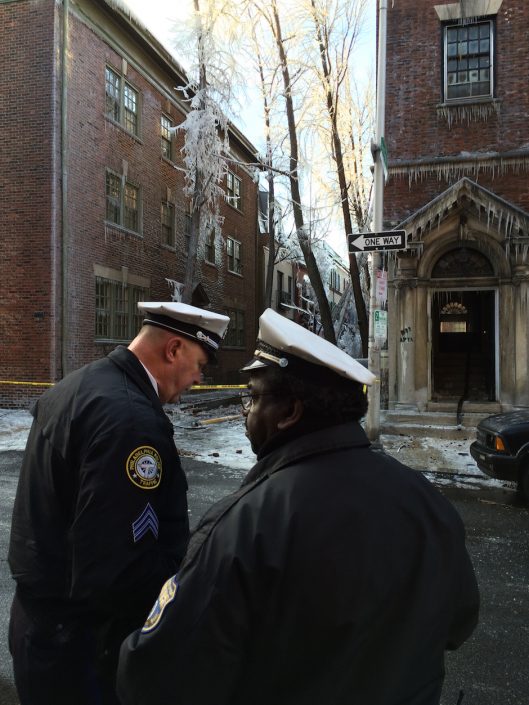 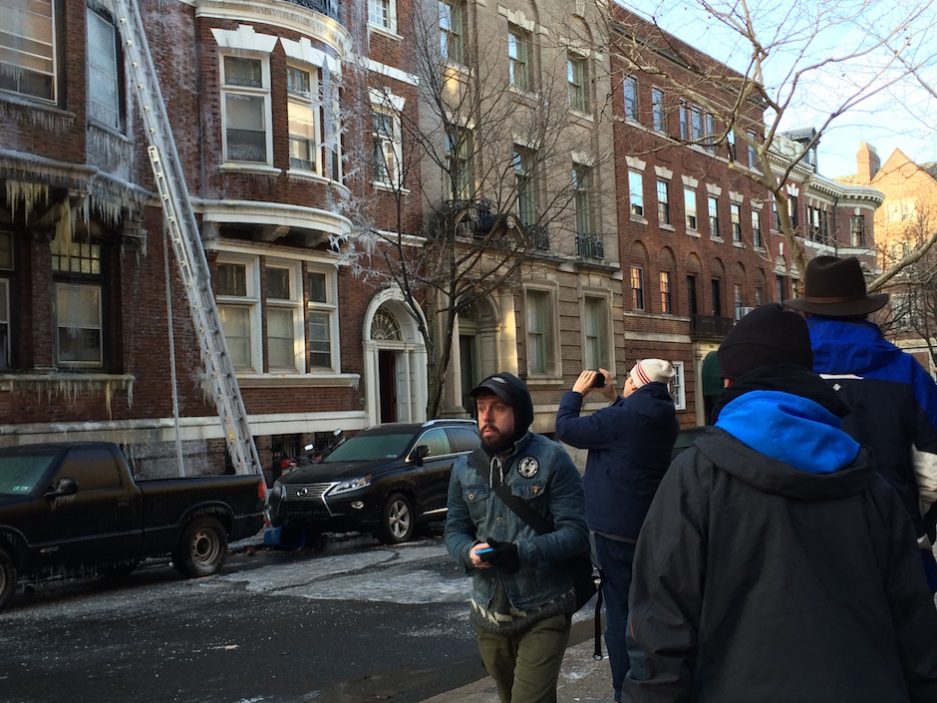 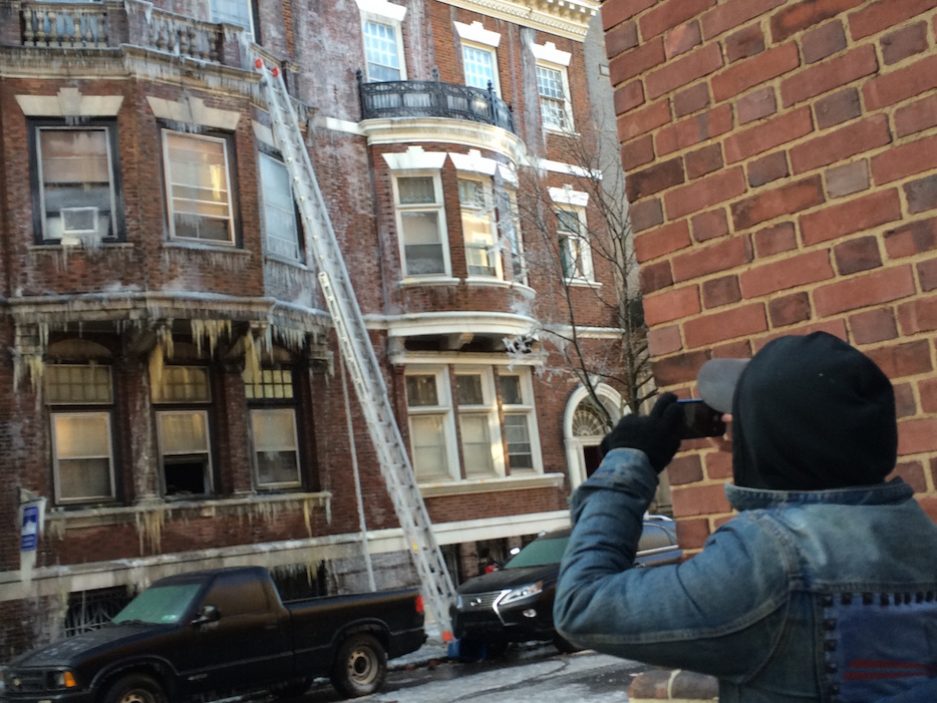 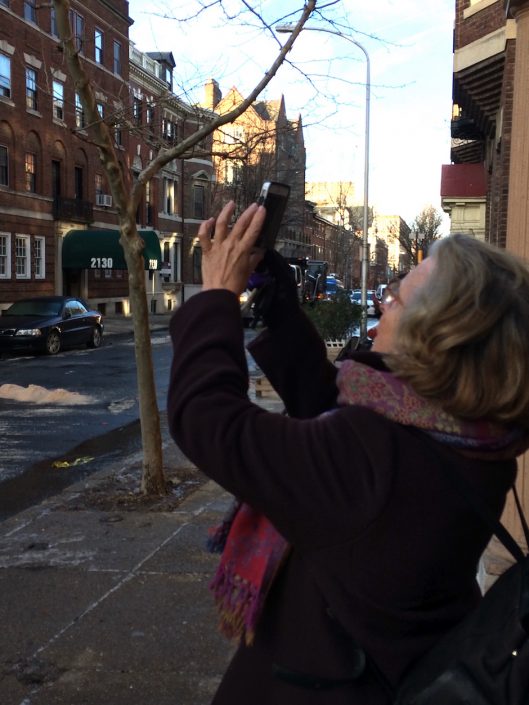 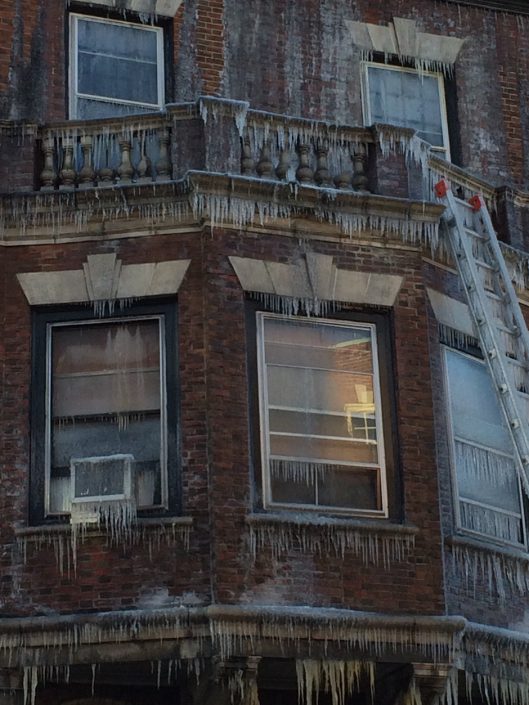 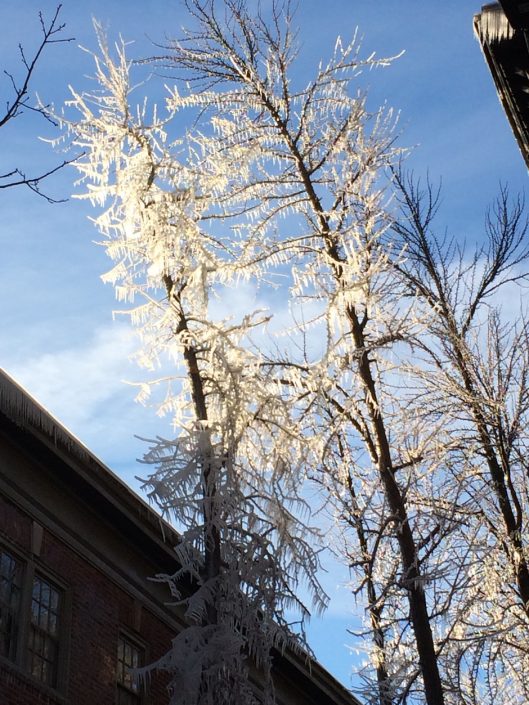 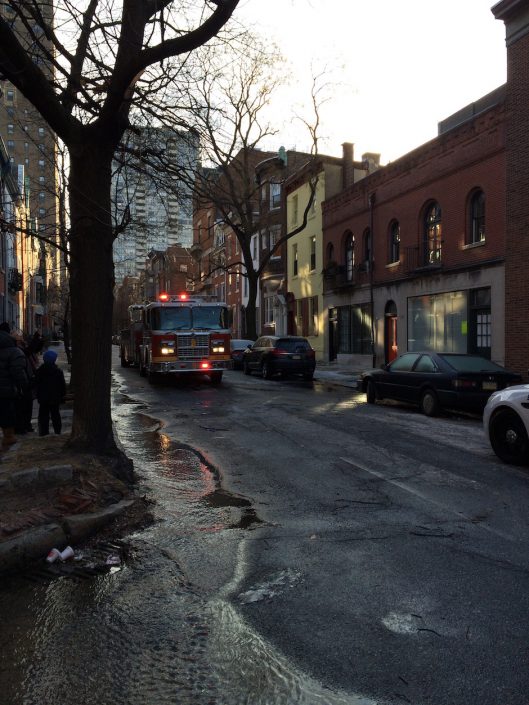 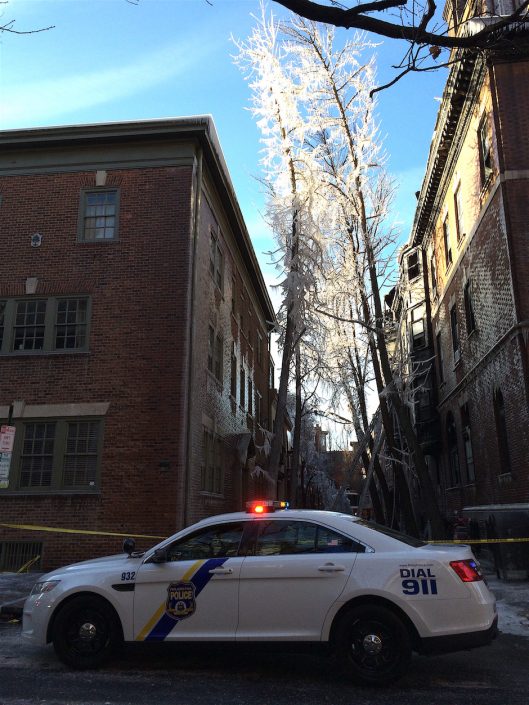 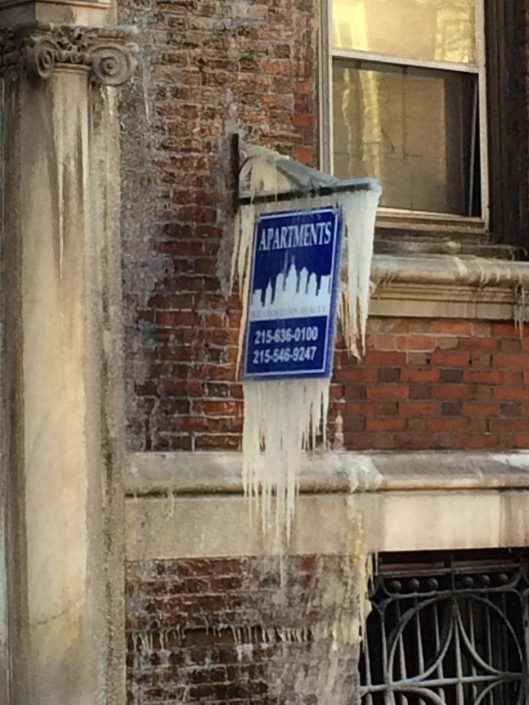 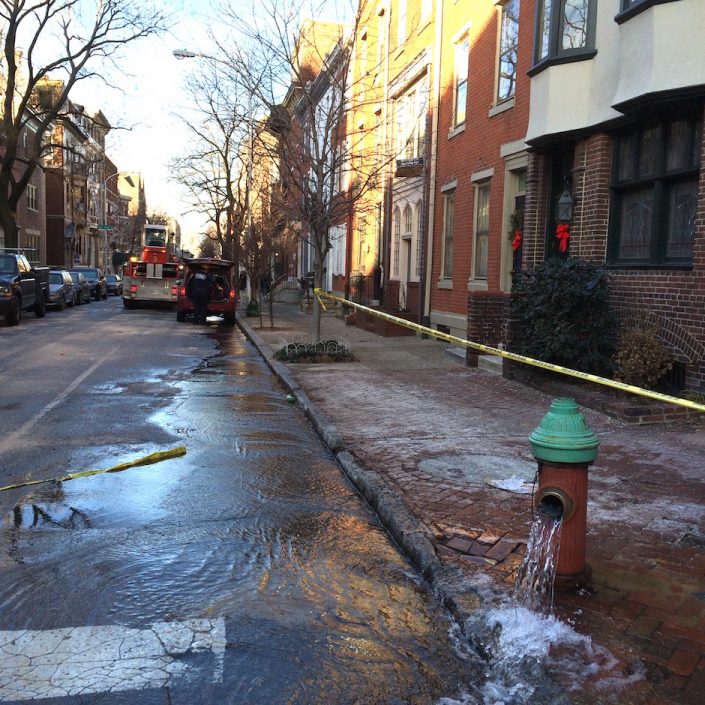