20 Gay Things to Do in Philly This Week

Light the Lights! Presents "What I Did For Love"

Light the Lights would do anything for love, even perform your favorite love song. They'll show you the lengths they would go to show their love at this cabaret and sing-a-long. Monday, February 23rd, 8pm-10pm, $8-$10, L'etage, 624 South 6th Street. 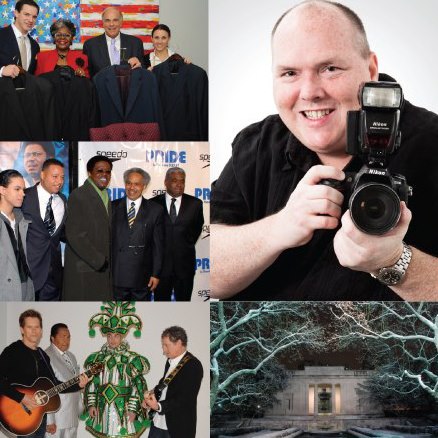 Philly Mag contributor and Philly Chit Chat extraordinaire HughE Dillon is opening his vast collection of famous photographs for a one-night benefit at The Market and Shops at Comcast Center. For a donation at the door benefitting the Linda Creed Breast Cancer Foundation, guests can view Dillon's work, as well as enjoy light bites and refreshments throughout the evening. RSVP here. February 24th, 5pm, The Market and Shops at Comcast Center, 1701 John F. Kennedy Boulevard. 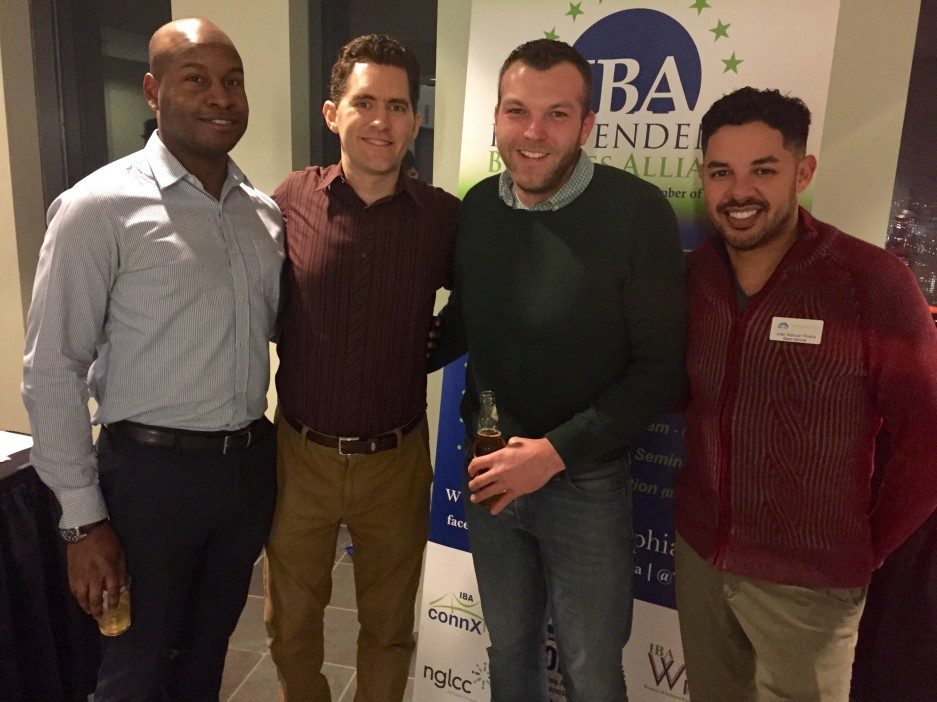 OurNightOut and Delaware Valley Legacy Fund are teaming for this night of networking, live music, and meeting new people. This month it’s all about meeting and learning about local LGBTers and allies who are working to improve the community. Tuesday, February 24th, 6pm-8pm, free, BRÜ Craft & Wurst, 1318 Chestnut Street. 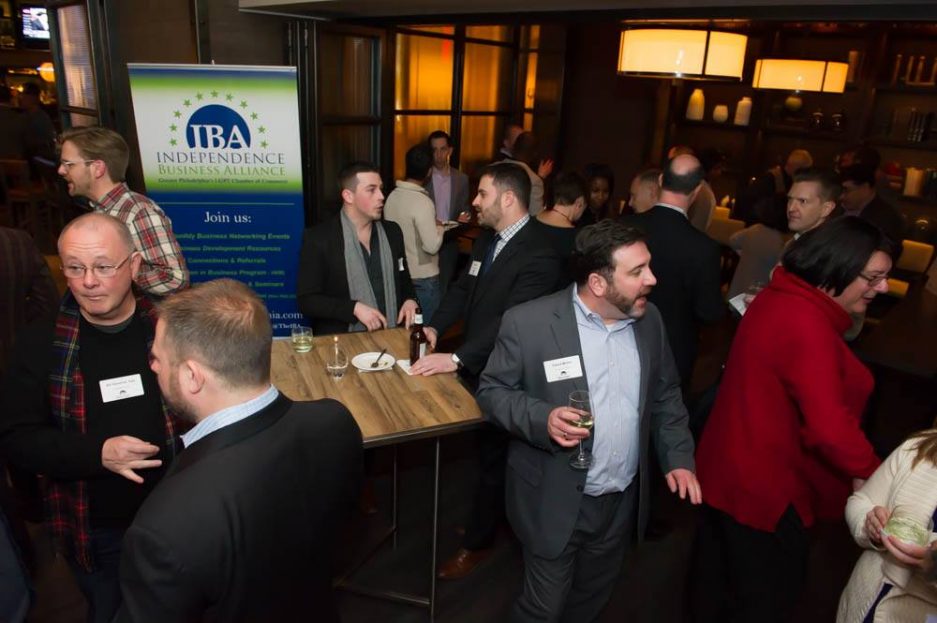 Independence Business Alliance is back for another networking mixer. LGBT- and LGBT-friendly businesses are invited to mingle and forge bonds with other companies. Tuesday, February 24th, 5:30-7:30pm, $10, Space & Company, 2200 Walnut Street. 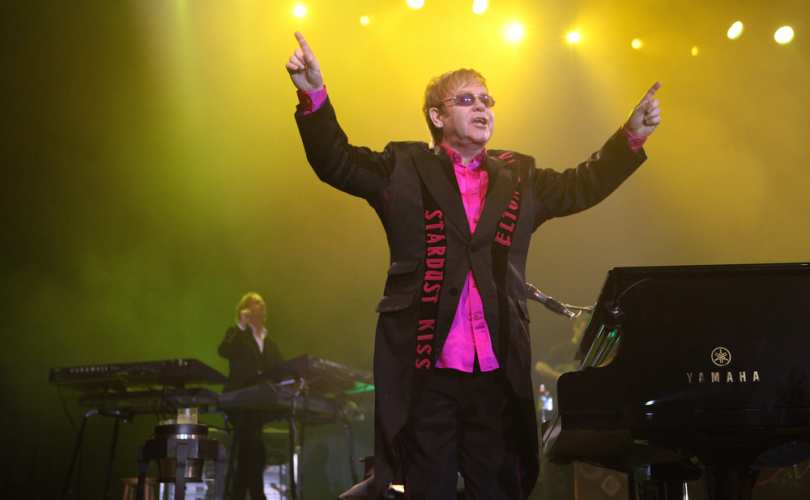 In honor of the anniversary of Sir Elton John's knighthood on February 24, 1998 for his contribution to music and fund-raising for AIDS, Philly AIDS Thrift @ Giovanni’s Room is having a 25-percent-off-on-everything sale. Tuesday, February 24th, 11am-8pm, Giovanni's Room, 345 South 12th Street. 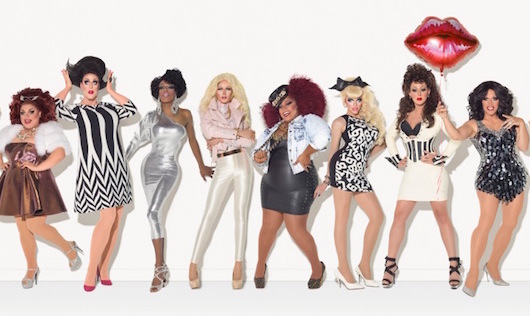 To build hype around season 7 of RuPaul's Drag Race, the 14 new cast mates will be coming to Philadelphia to host an evening of performance and an advance screening of the first episode. Drag legend Lady Bunny will be DJing throughout the night, and RPDR alums Mimi Imfurst, Shangela and other LOGO guests will be there to host. Buy your tickets here. Tuesday, February 24th, 8pm-11pm, $35-$45, The Trocadero, 1003 Arch Street. 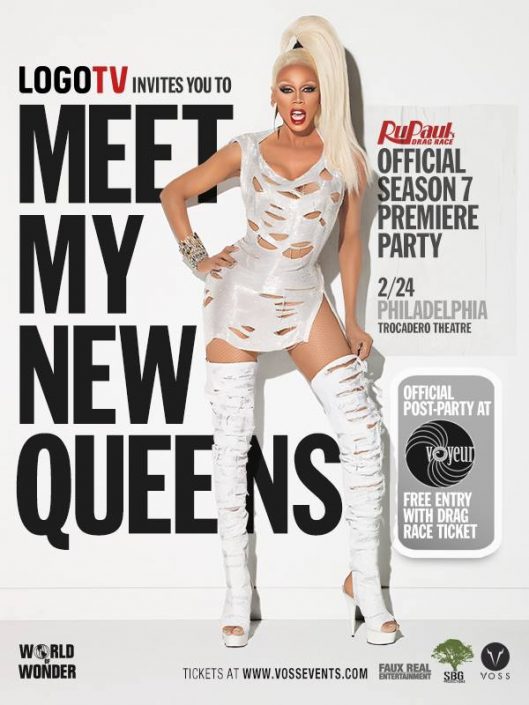 Following the Meet the Queens show and series premiere, a handful of season 7 contestants are throwing an after-party for those who want to make the night last a little longer. Get in free with your premiere ticket, and enjoy performances by Trixie Mattel, Max, and some of Philly's own face-beaters. Tuesday, February 24th, 11pm-3am, free with premier ticket, Voyeur Nightclub, 1221 Saint James Street. 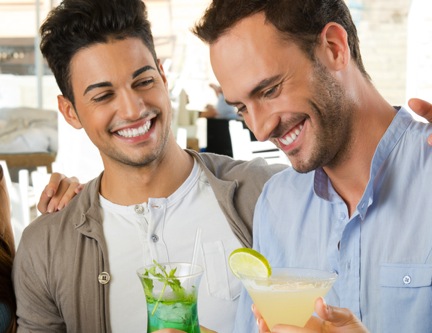 It's tough to find someone in the big city to get a drink with. Try this speed-dating event where you get to meet new men and find out if they're compatible with you. Buy your tickets here. Wednesday, February 25th, 6pm, $12, L'etage, 624 South 6th Street. 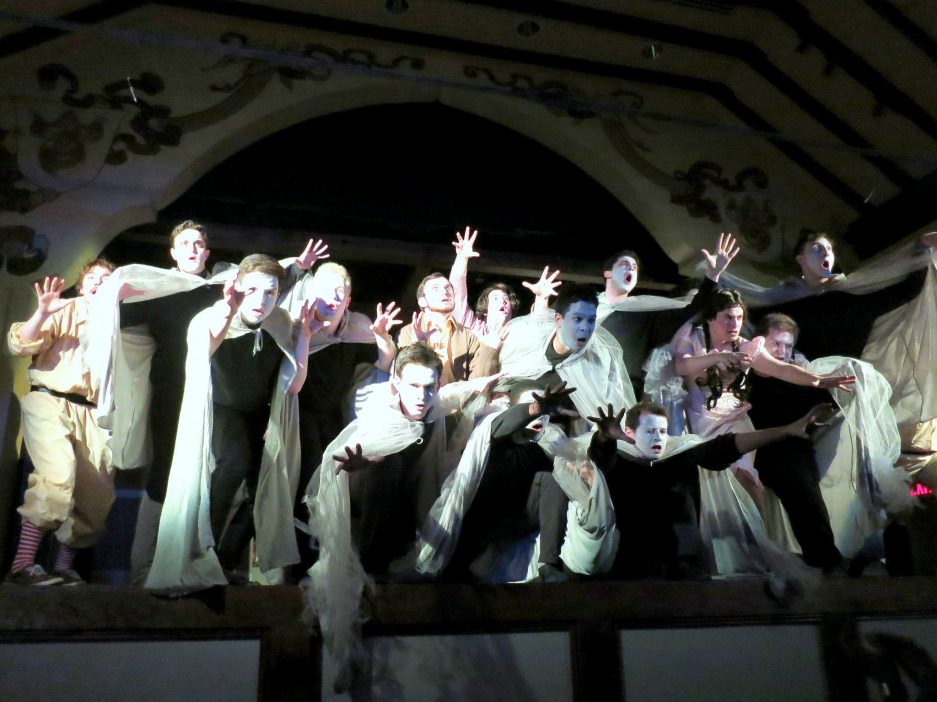 CANCELLED: The Mask and Wigs Club, an all-male theater troupe at UPenn, is performing their 127th annual prouduction, Comedy of Terrors, and part of the proceeds will be going to the William Way LGBT Community Center. The show is about Vince and Charlie struggling with a decline in ratings for their paranormal TV show. The duo will do what it takes to save the show, even if it means pandering to a few ghosts along the way. Tickets can be bought here. Thursday, February 26th, 8pm-11pm, $15-$30, The Mask and Wigs Clubhouse, 310 South Quince Street. 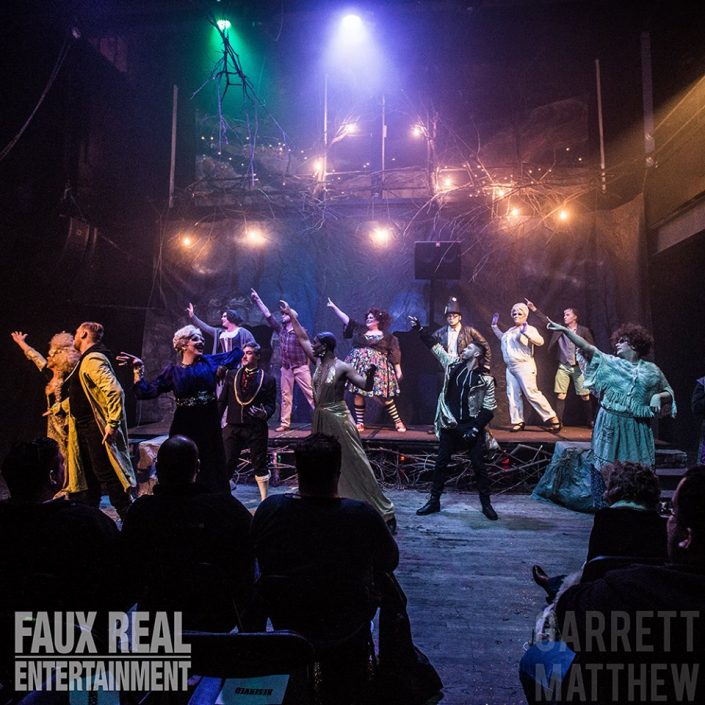 If you missed Mimi Imfurst’s recent all-drag performance of Into the Woods, you have one more chance to see it before it's gone for good in this back-by-popular-demand encore presentation. Buy your tickets here. Thursday, February 26th, 8pm-11pm, $10-$20, Voyeur Nightclub, 1221 Saint James Street. 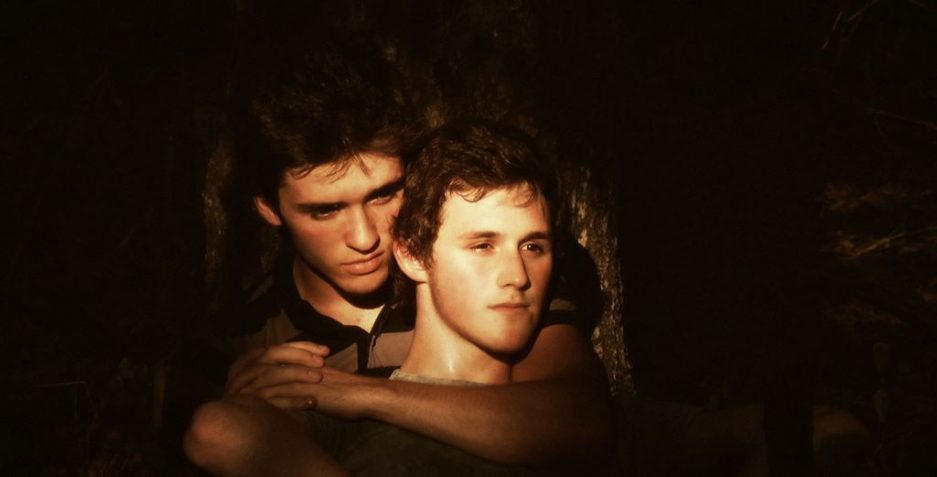 For the latest installment of their new monthly screening series, qFLIX has selected a showing of Last Summer. It's about high school sweethearts Luke and Jonah enjoying their last summer in their rural Southern town before they part ways for college. Friday, February 27th, 7pm-9pm, free, Tavern on Camac, 243 South Camac Street. 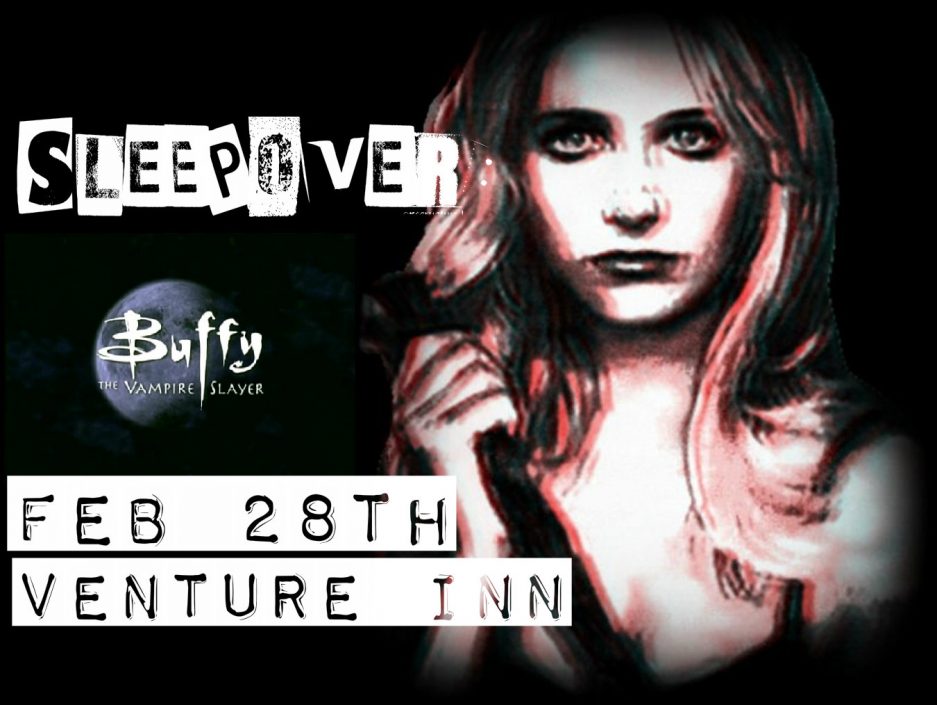 Sleepover is having their monthly party, and this time the theme is Buffy the Vampire Slayer. You know the drill: come dressed in your PJs, the theme, or whatever makes you happy! Join them for this slaying party. Saturday, February 28th, 10pm, free, Venture Inn, 255 South Camac Street. 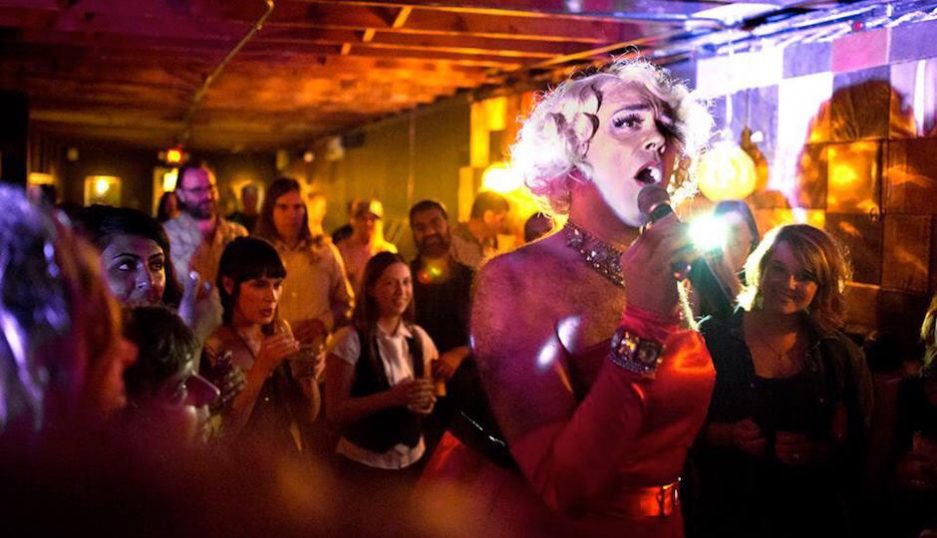 Martha Graham Cracker will make her debut in the new upstairs lounge at Franky Bradley's, the restaurant lounge that use to house lesbian bar Sisters. She'll be joined by her band, Andrew Nelson (bass), Victor Fiorillo (keyboards), Ned Sonstein (drums), and Rich Hill (guitar). And for an extra treat, out WXPN host and 2015 Best of Philly winner for best DJ, Robert Drake will spin '80s rock classics at the after-party. Lots of different types of music, lots of dancing, and lots of gay. I'd say that's a win, win, win. Saturday, February 28th, 8 pm, $15-$20, Franky Bradley's, 1320 Chancellor Street. 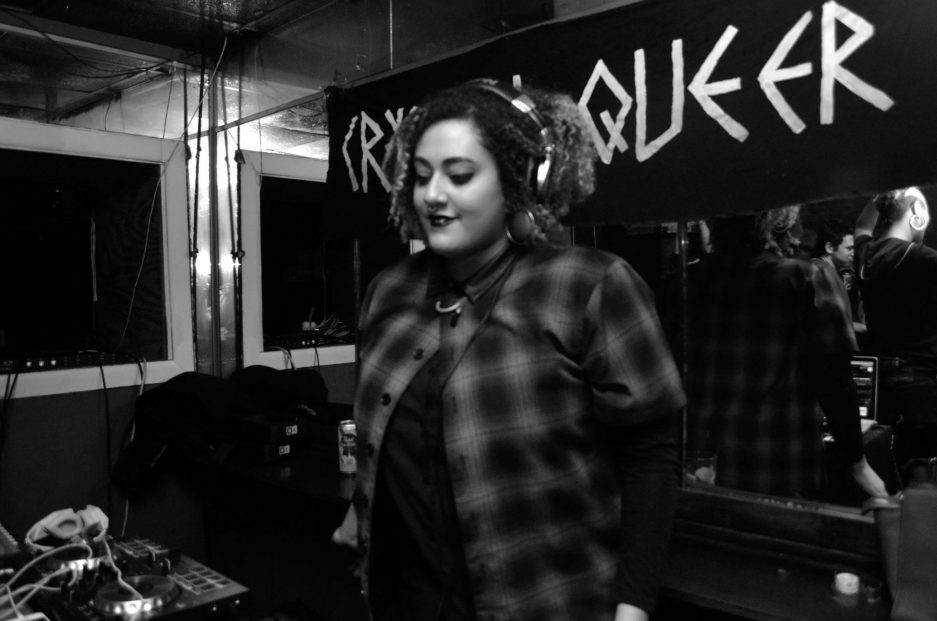 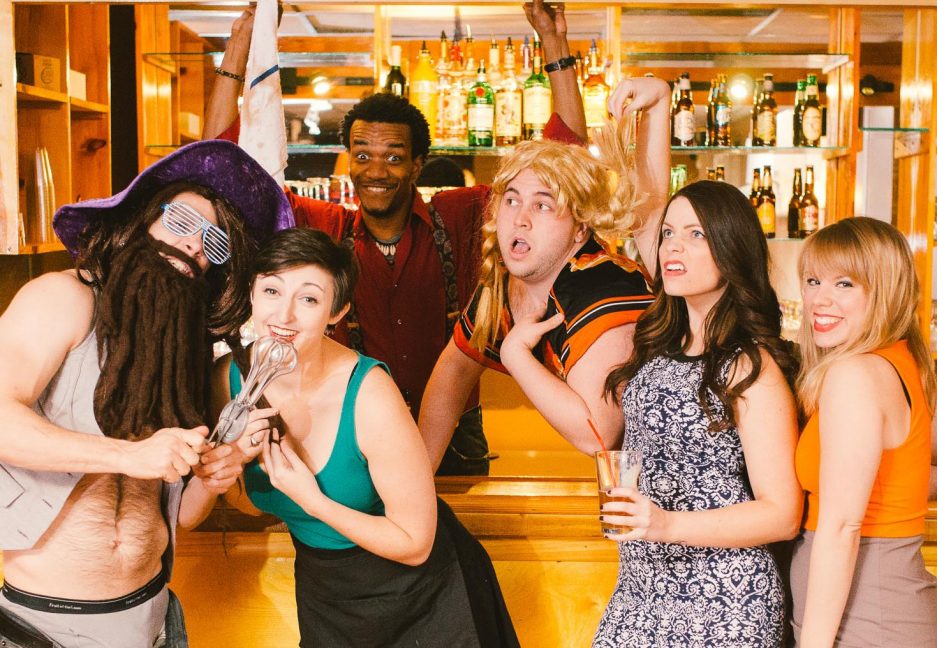 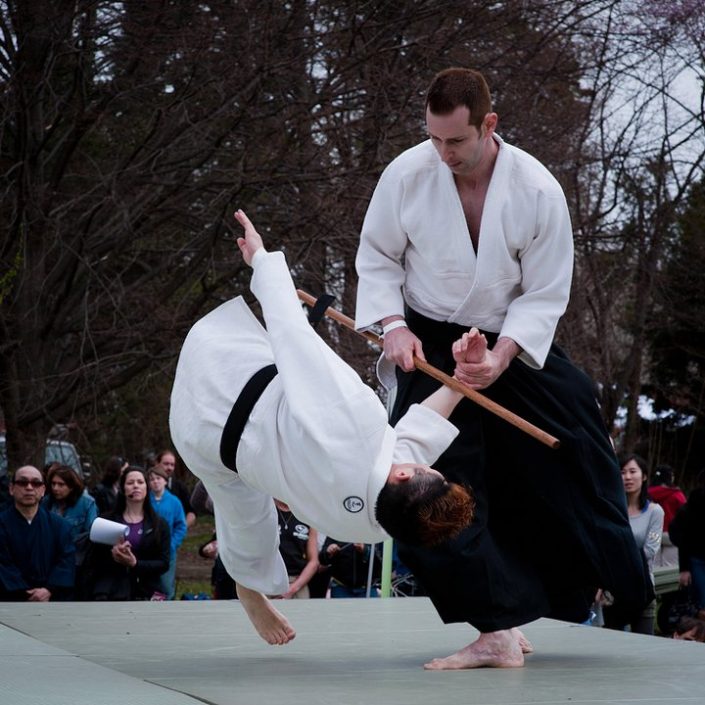 In response to the violence that’s been happening in the Gayborhood recently, Qventures has enlisted Aikido champ Eric Manas for a good ol’ fashioned self-defense class. Buy your tickets here, and get ready to kick some ass. Saturday, February 28th, 3pm-4:30pm, $30, Aikido Association of North America, 5836 Henry Avenue. 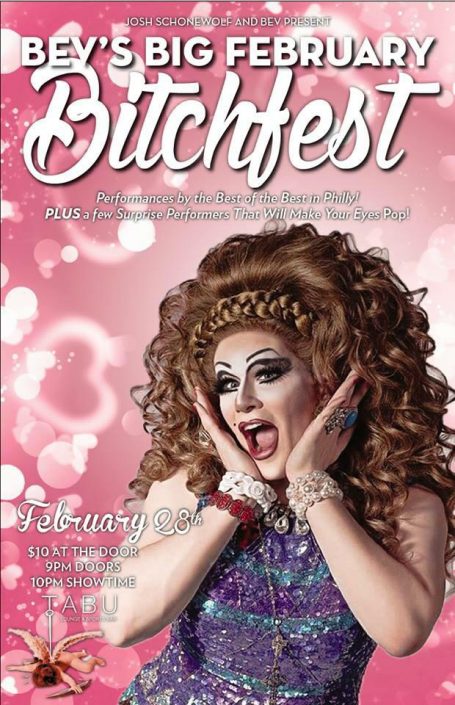 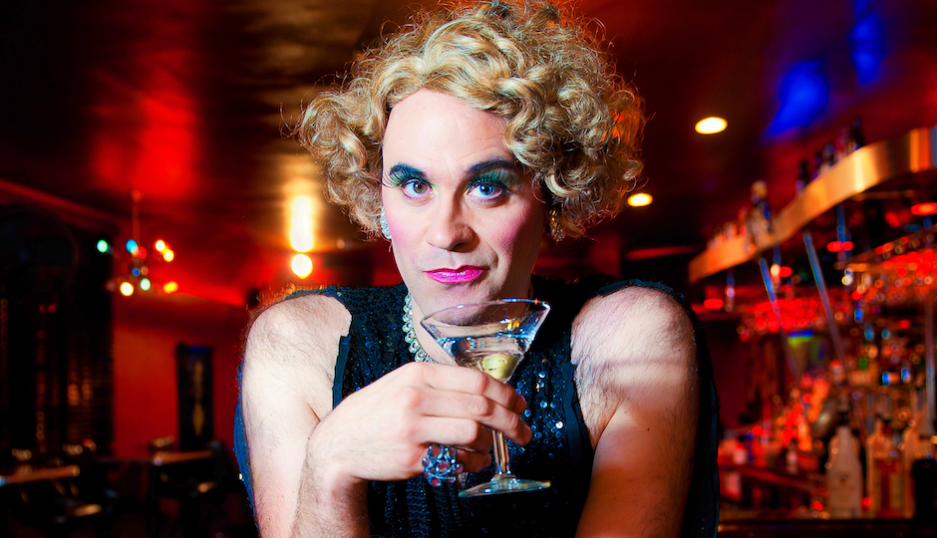 On Sunday, Martha's heading to her monthly home stage at L'Etage for a special end-of-the-week performance with Johnny Showcase and Rumi Kitchen. This will be Martha's only performance in Philadelphia in March, so don't miss it. Sunday, March 1st, 8 p.m., $15-$20, L'Etage, 624 South Sixth. 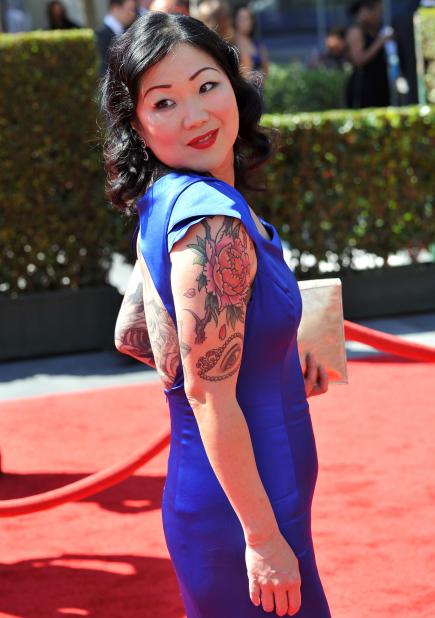 You read this correctly, Margaret Cho is coming to Philly! She'll be here for four nights and five performances. Come see her comedy show in person and laugh while she talks about her mother, race, and sexuality. You can watch some of her shows on Netflix to prepare you for a night of comedy. Buy your tickets here. Sunday-Wednesday, March 1st-4th, 7pm, 9:15pm, and 8pm, $22-$30, Helium Comedy Club, 2031 Sansom Street.