18 Gay Things to Do in Philly This Week 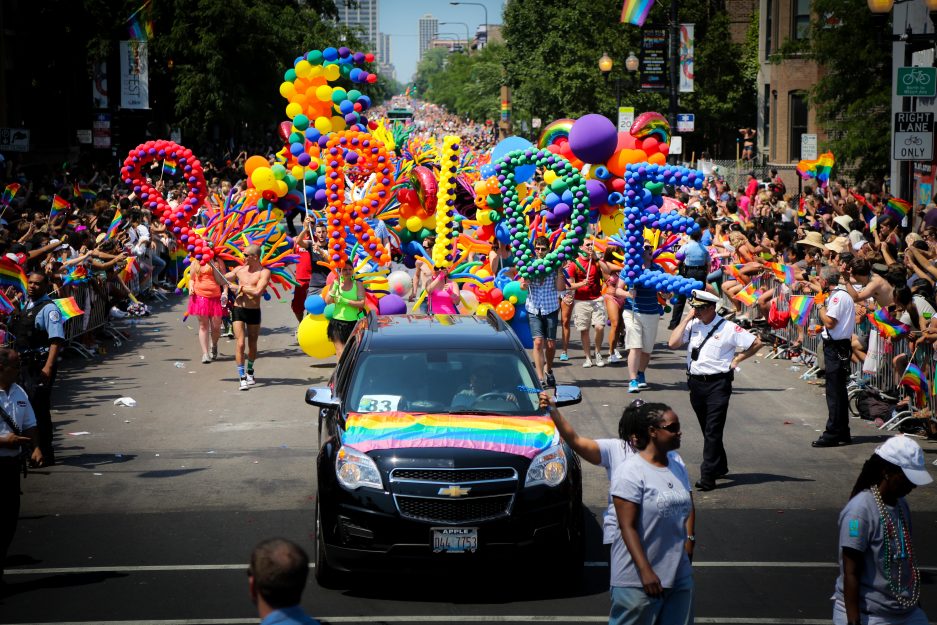 Loud and Proud: 50 Years of LGBT Activism in Philadelphia

After Tuesday night's production of Terrence McNally’s Mothers and Sons at Philadelphia Theatre Company, there will be an LGBT discussion panel moderated by Dr. Lance Wahlert, assistant professor in UPenn’s Department of Medical Ethics & Health Policy. With the 50th anniversary of Philadelphia’s first LGBT protests as inspiration, he will delve into not only the history of LGBT rights but how activism will influence the long road ahead. Tuesday, February 17, 6:30pm - 8:30pm, $52, Suzanne Roberts Theater, 480 South Broad Street. 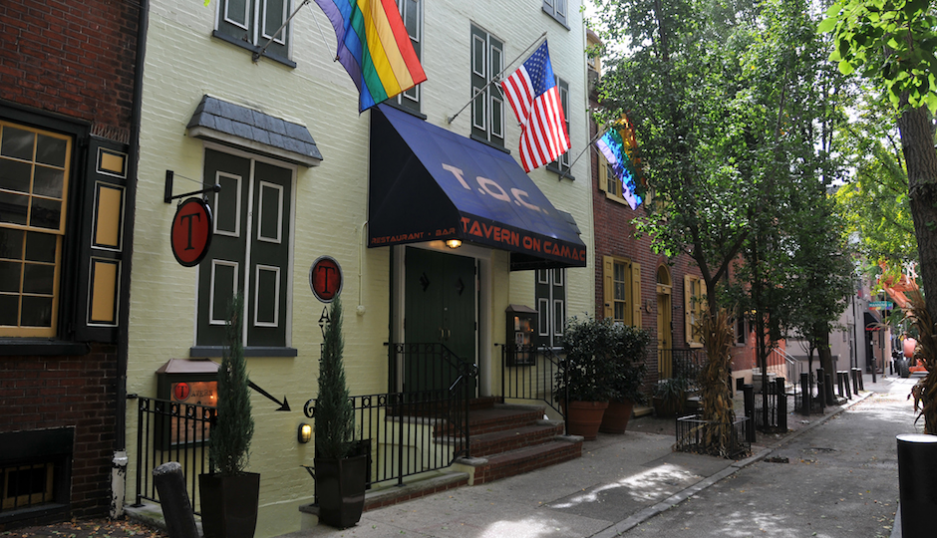 Tavern on Camac owners Stephen Carlino and Dennis Fee are celebrating their 11th year owning the favorite Gayborhood piano bar by turning back the clock to their beginning in 2004—when cocktails were $5 and beers were $3 all day long. The two-day event also includes free nibbles from 6pm to 9pm. on Wednesday and Thursday. Wednesday to Thursday, February 18th and 19th, all day, Tavern on Camac, 243 South Camac Street. 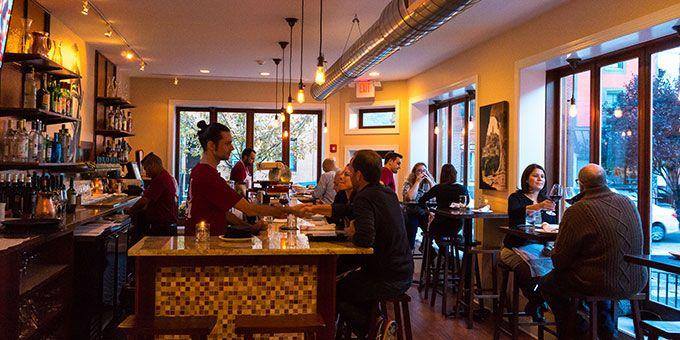 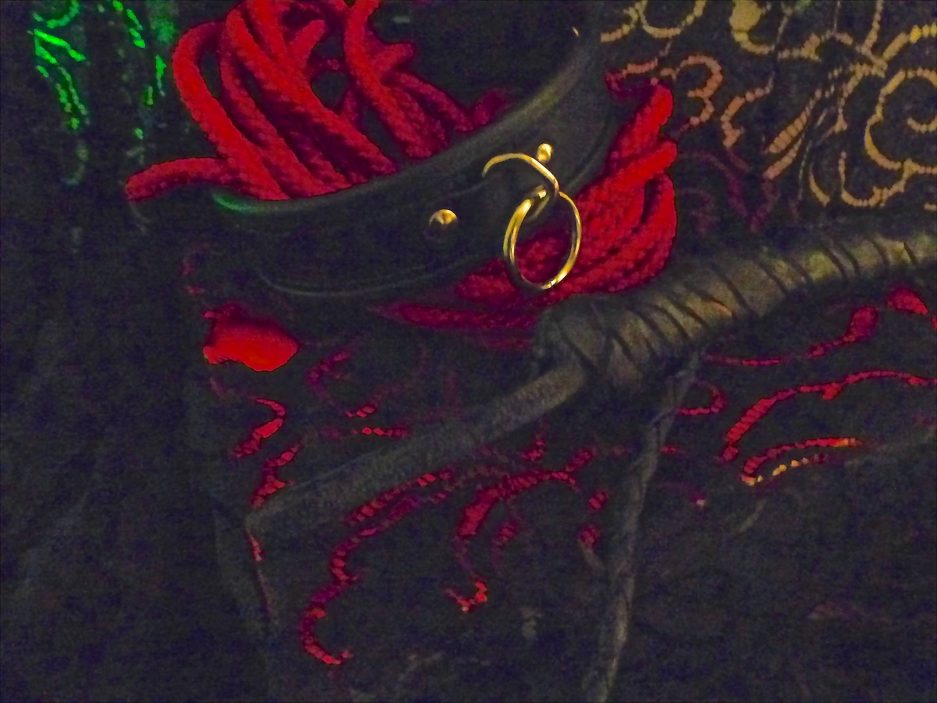 On Wednesday at L'Etage, Wicked Gay Ways will roll out a preview of its upcoming SEXx Interactive, a TEDx-style conference bringing over 40 sexuality based presentations, performances and how-to seminars to Philadelphia this May. The sneak peek offers guests the opportunity to meet some of the organizers and catch performances that will be presented at the conference. Wednesday, February 18th, 8pm, free, L'etage, 624 South 6th Street. 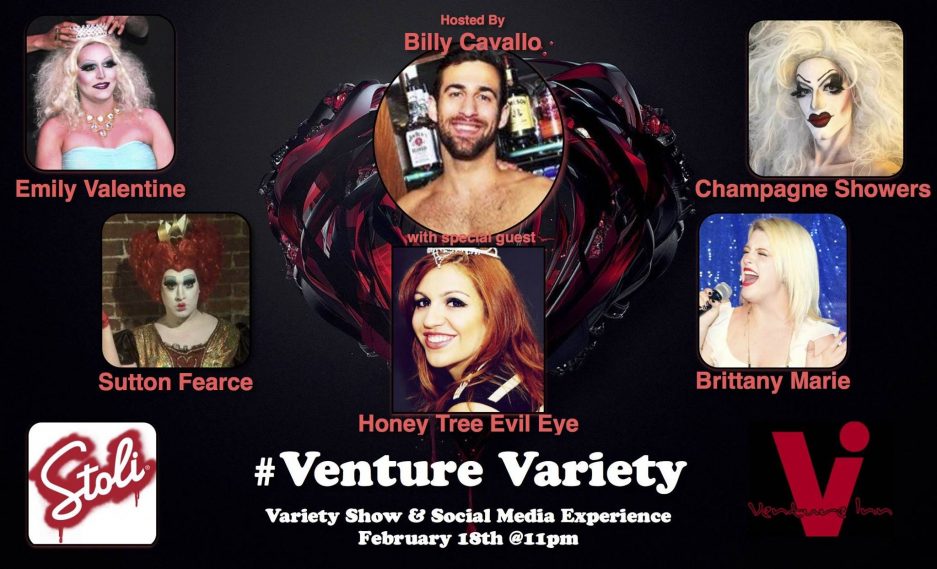 After a month-long hiatus, Billy Cavallo’s variety show is back with, as he tells us, "some of our favorite Valentine's winners from Drag Wars as well as Dr. Timaree and Brittany Marie from this season of Songbird." Wednesday, February 18th, free, Venture Inn, 255 South Camac Street. 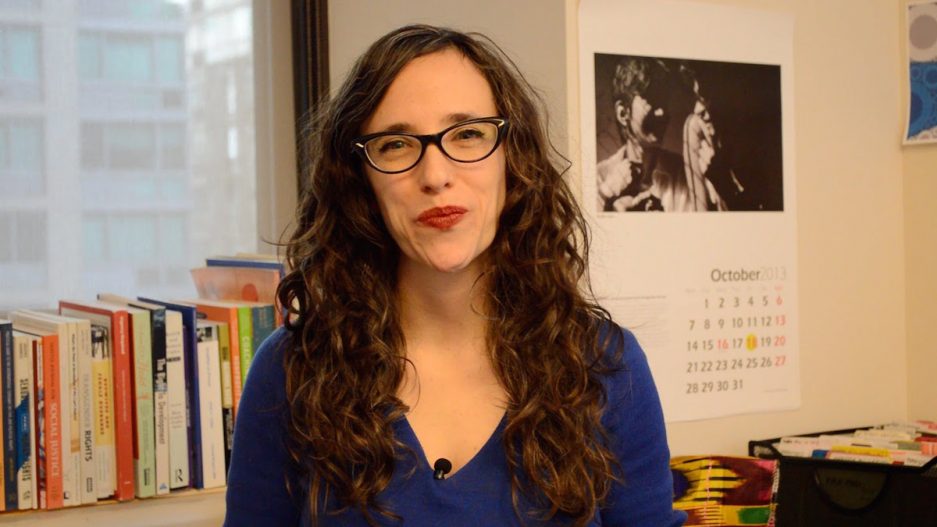 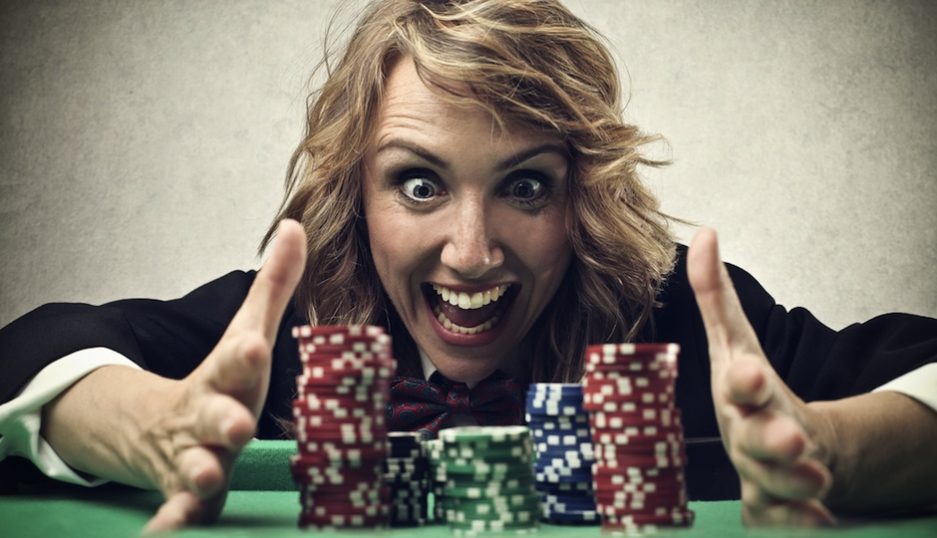 This ActionAIDS-hosted event transforms Hotel Palomar into a high-rolling very gay casino for one night only. This year's party is themed "Havana Nights," and will feature DJ Sharyn Stone (AKA Matt Beirschmidt). Of course, there's plenty of casino games to try your luck at, and winning chips can be redeemed for raffle tickets to win amazing trips to various Kimpton Hotels across the country. There will be plenty of light bites and cocktails flowing. And the best part? It's all done for a good cause. Proceeds benefit ActionAIDS' work to "create an AIDS-free generation through a combination of proven strategies." Thursday, February 19th, 7pm-9pm, $50, Hotel Palomar, 117 South 17th Street. 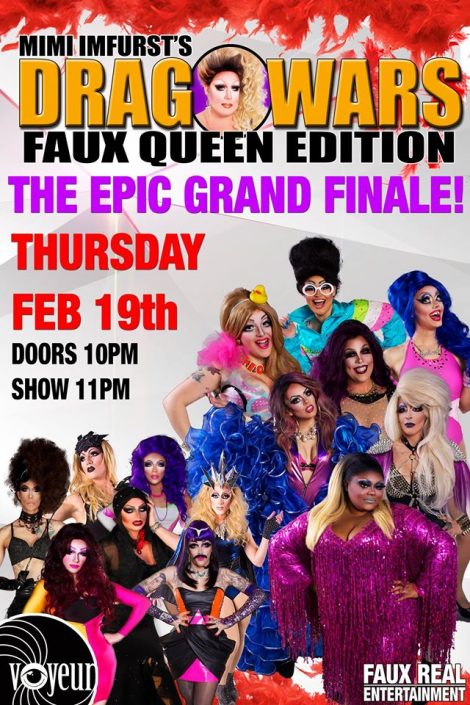 Mimi Imfurst's Drag Wars: Faux Queen Edition comes to an end with a performance by the contestants and their drag mothers. Then, one lucky "girl" will sashay away with the $500 prize. Thursday, February 19th, 11pm, $10, Voyeur Nightclub, 1221 Saint James Street. 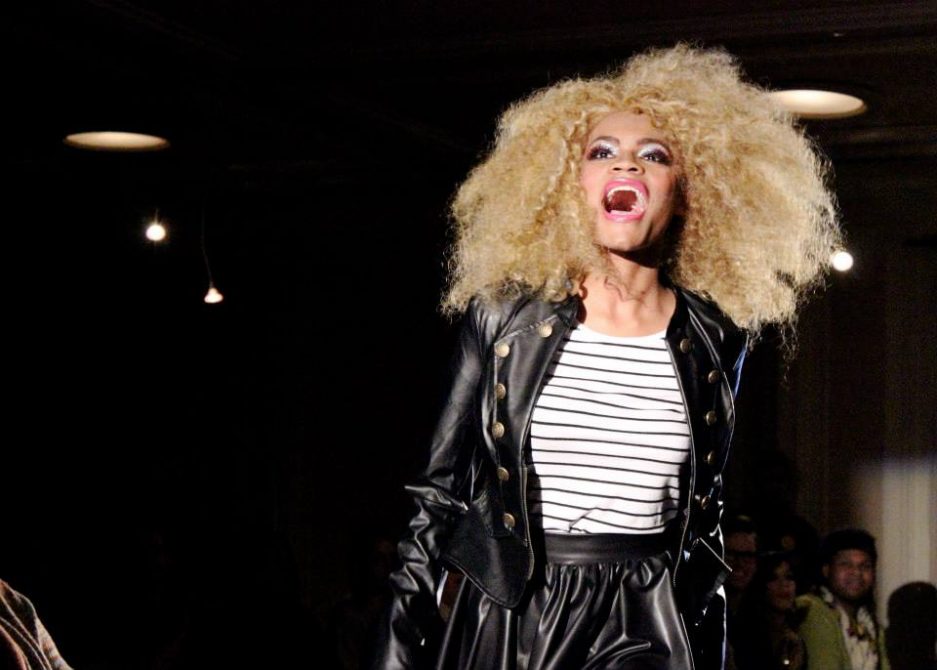 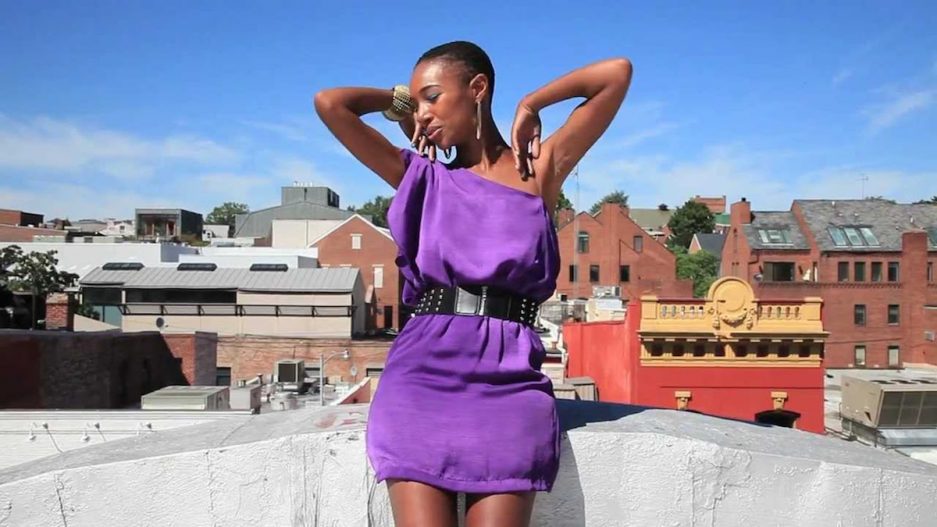 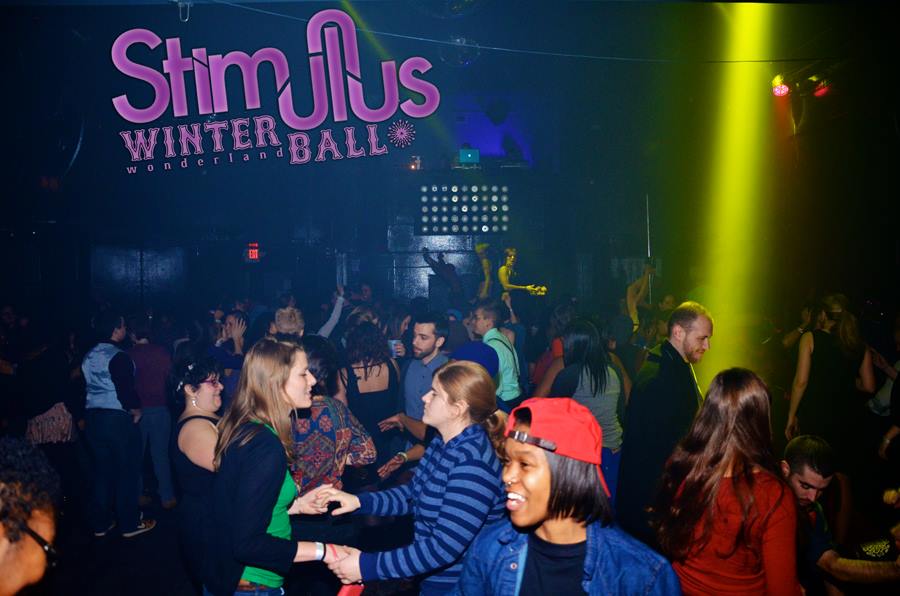 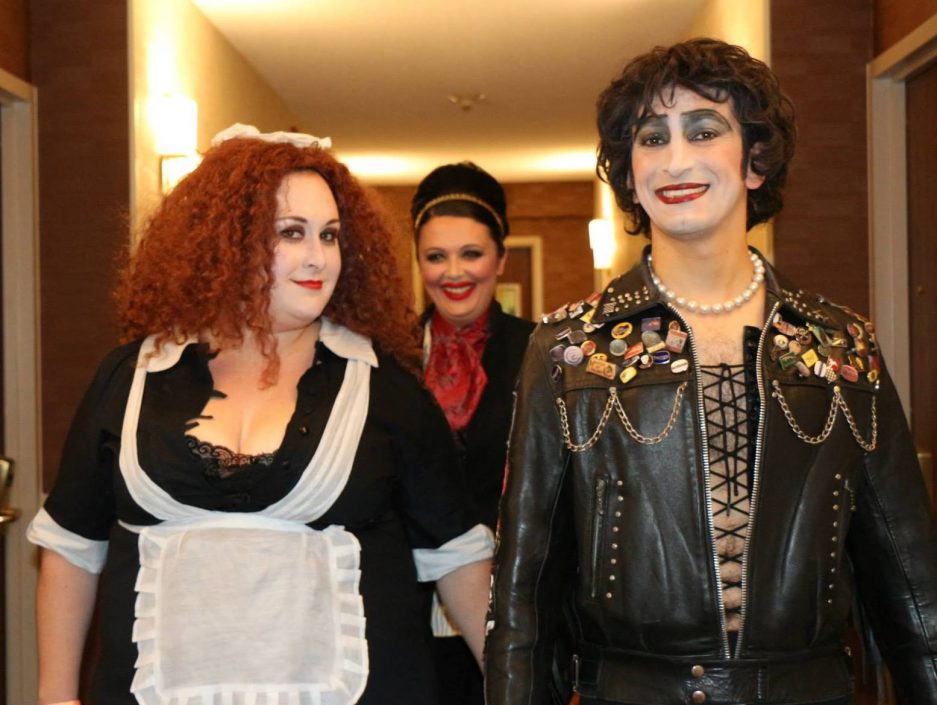 Rocky Horror at the Ritz

Night owls will enjoy a late-night showing of cult classic Rocky Horror Picture Show at the Ritz. The screening is hosted by Transylvania Nipple Production, and costumes are encouraged. Some of the best will be rewarded in a lingerie competition. Buy tickets here. Friday, February 20th, 11:30pm, $10, Ritz at the Bourse, 400 Ranstead Street.

Qventures is going on another glass-blowing adventure, because, well, people just love it so damn much. Join the crew as an experienced instructor will teach you how to make ornaments and paperweights. Space is limited so get there early. Saturday, February 21st, 5pm-7:30pm, $50, East Falls Glassworks, 3510 Scotts Lane. 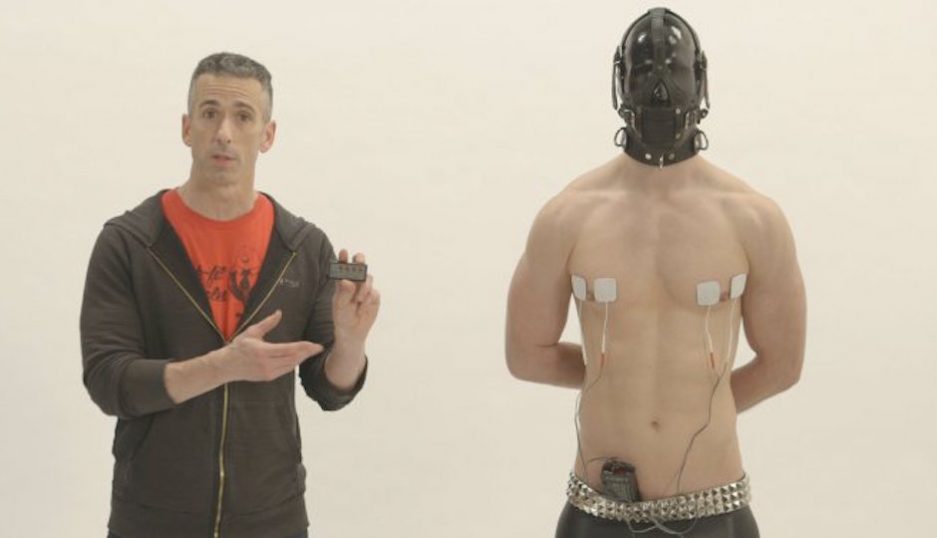 A slew of LGBT party producers are banding together to supply the entertainment for this William Way Community Center fundraiser. There will be around 10 DJs playing on three dancefloors throughout Underground Arts, including Gayborhood dancefloor staple DJ Carl Michaels, Nolita Selector (courtesy of Cutn Paste), DJ Jovi Baby (Stimulus), and TRPRKPR and DJ Sharyn Stone (NSFW Dance Party), among others. There will also be drag and circus performances by HoneyTree EvilEye, Cirque Manikk, and 2014 Mr. Everything winner Kemar Jewel. To get tickets, which are $10 advance and $20 at the door, go here. Saturday, February 21st, 10pm-3am, $10-$20, Underground Arts, 1200 Callowhill Street. 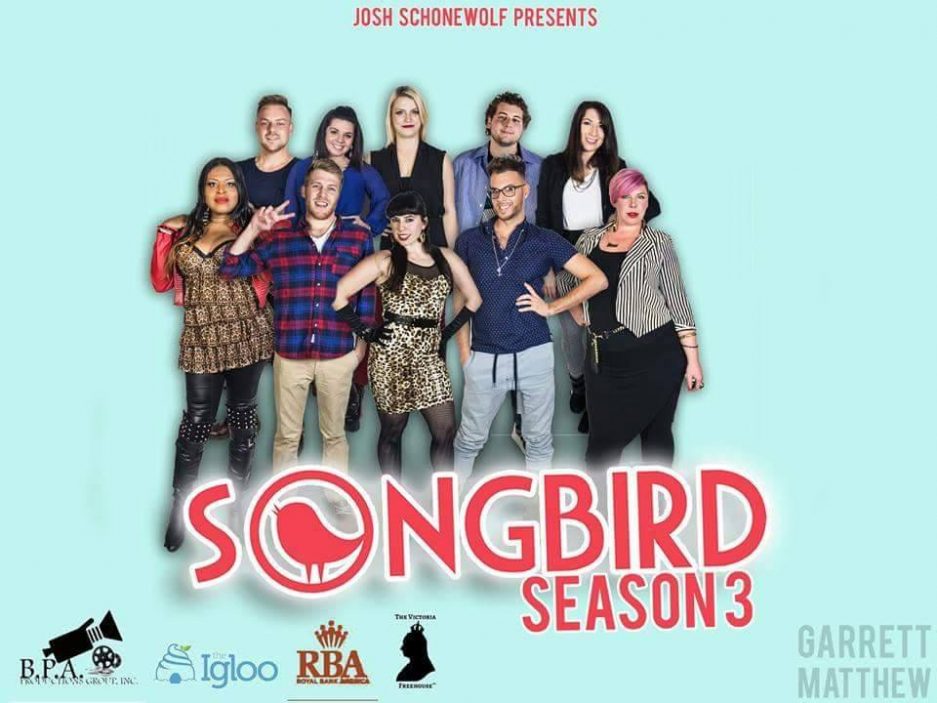