The untimely death of Gloria Casarez, Philadelphia’s first director of the Mayor’s Office of Lesbian, Gay, Bisexual, and Transgender Affairs, has sent shockwaves through the city as her friends, family, and colleagues mourn her passing. At only 42, Ms. Casarez left a legacy that will continue to impact the community for years to come. We reached out to Philadelphians who were impacted by Gloria’s unwavering dedication to the city and the LGBTQ community to share their thoughts, memories, and pictures of the local legend. 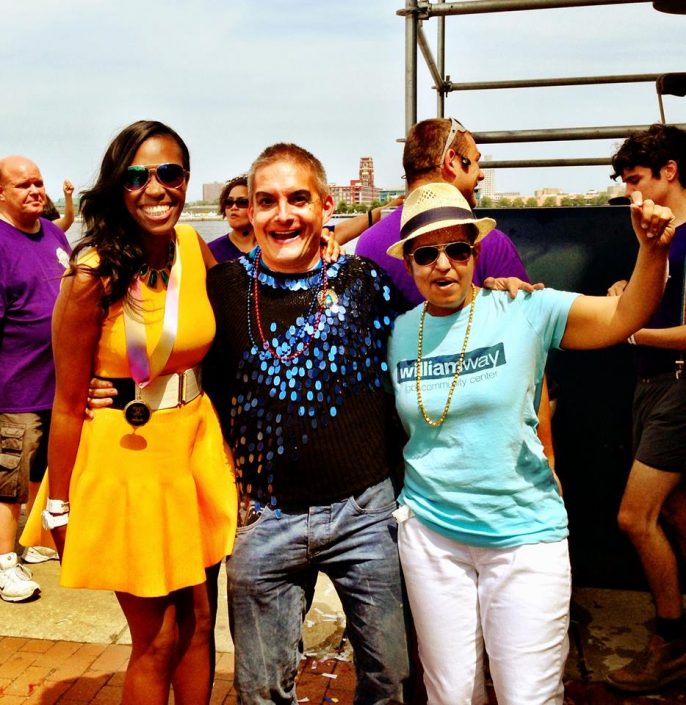 "’I'm fortunate to have loads of memories of Gloria—from community events to dance parties to coffee dates and karaoke battles. However, I never appreciated her more than I did last year when I served as Grand Marshal for Philly Pride.

When I found out that I had to ride on a float and give a speech in front of 10,000 people, Gloria was the first person I ran to for advice. To be fair, she was always the person I ran to for advice. In addition to giving the best tips for how to liven up the parade route with the right candy and the perfect pageant wave, Gloria was a life savior when it was my turn to speak.

I don't often get cold feet in front of an audience but the crowd at Penn's Landing was the largest group I've ever spoken in front of. Gloria noticed the textbook signs of an anxiety attack right before I went on and she took time to get me water and keep me out of the sun. Most importantly, she looked me in the eye and reminded me that I earned this honor and that I should let my heart guide my words. And just to make me laugh, she made a joke about the hilarious possibility of me fainting in front of 10,000 people. After that perfect pep talk, she turned around and delivered the most heartfelt introduction I've ever been honored to hear. That was Gloria's way.

Her light was so bright, it lit the way for all of us. She used her energy to build up those around her and support our dreams and our talents. Gloria guided this community in ways most of us do not know or even understand. She was a leader for LGBTQ people in this city for sure but to this queer brown girl, she was a giant, a living legend, proof that there was a place for queer people of color in this community. She was a constant beacon of light and my world will never be the same without her.” —Amber Hikes, Director of Upward Bound Program, University of Pennsylvania 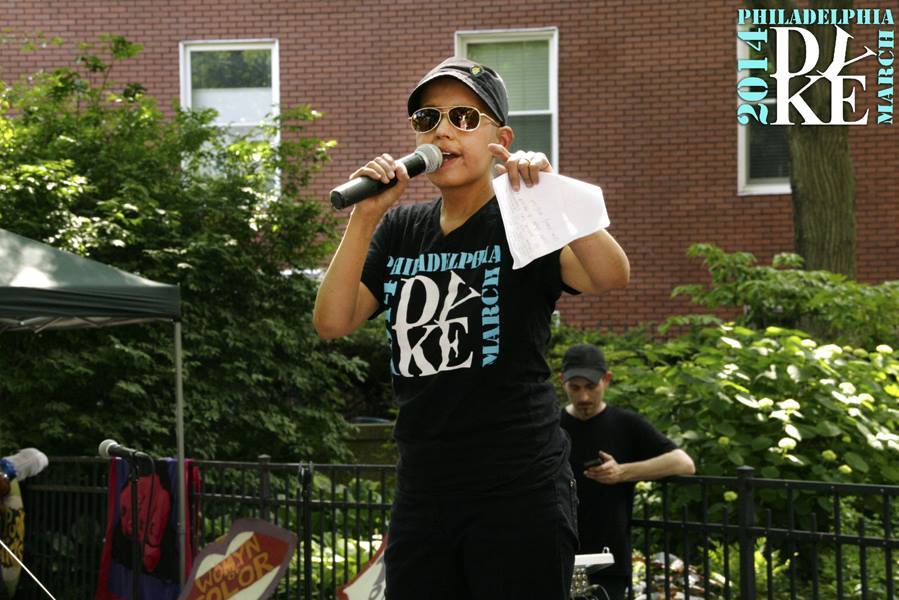 "We exist because of you, Gloria Casarez. You brought to life the Philadelphia Dyke March as we know and love it, and breathed energy and creativity into it every year since. You were, are, and always will be our family. To say that you were a trailblazer for dyke visibility and rights is an understatement, but we weren’t the only lucky ones. You paved the way for so many in our Philadelphia LGBTQ community with your fierce advocacy and unrelenting spirit. We don’t have enough words to do you justice. Our hearts are so heavy with this loss. We will never forget you, and we vow to carry forward your passion and vision. Rest in Power: we all mourn your loss together. The Dykes United Will Never Be Divided.” —Philly Dyke March Organizers 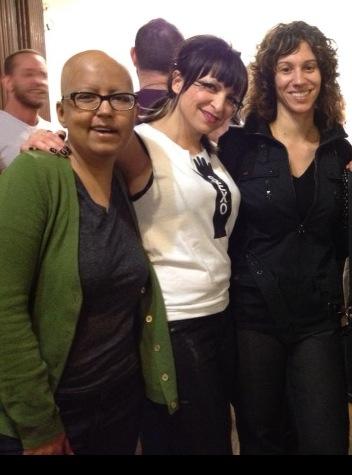 "Gloria was a mentor, a colleague, and most of all, a friend. I still cannot believe she isn't with us, but at the same time, she always will be. She is a part of all who knew her. She is my personal Wonder Woman. My karaoke outings will never be the same. I will miss her always." —Elicia Gonzales, Executive Director, GALAEI 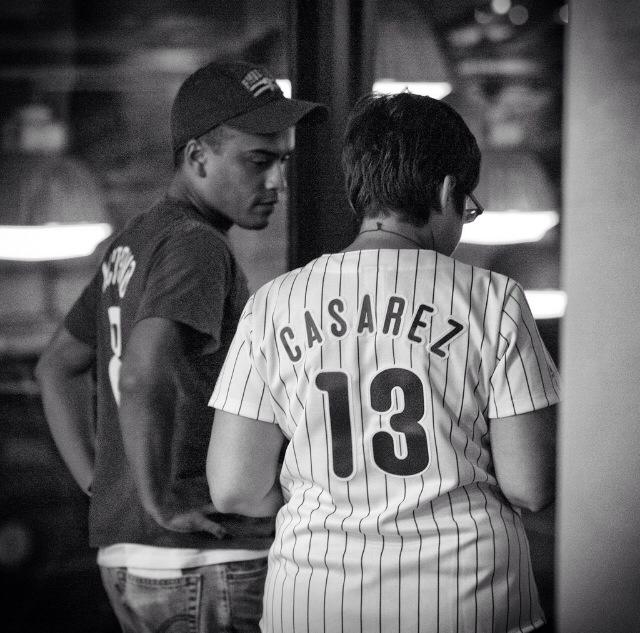 "My first interaction with Gloria was via email. I had just joined the Nutter Administration in 2008, and was trying to make connections. From our first meeting, she immediately had my back, and I was an instant fan. She became a friend and mentor who I could call upon for advice, or a good laugh. She was the reason I became involved in the LGBT community and I will truly miss her." —David Torres, Chief Operating Officer, Greater Philadelphia Hispanic Chamber of Commerce 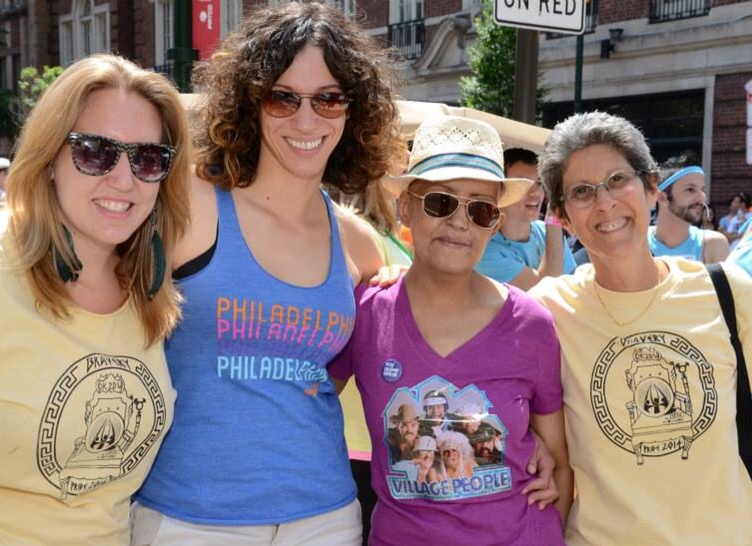 "I used to always run into Gloria at community events, but the first time I sat and talked with her one-on-one was literally her first week working at City Hall.

I was working on a project with the staff at the Department of Human Services to update their polices for working with LGBTQ youth in foster care. I emailed her to set up a time when we could talk, and I couldn’t believe that she made it a priority to meet with me during her first week on the job. Now looking back on this, it seems so Gloria. She never wasted time, especially when it came to making the city the best that it can be for LGBTQ people.

Over the years, every time I saw her, even if we only had a two-minute conversation, I felt so inspired by her social-change work and all that she had accomplished at her age. Thank you Gloria for bringing social justice to City Hall.” —Alyssa Mutryn, Director of Development, The Attic Youth Center 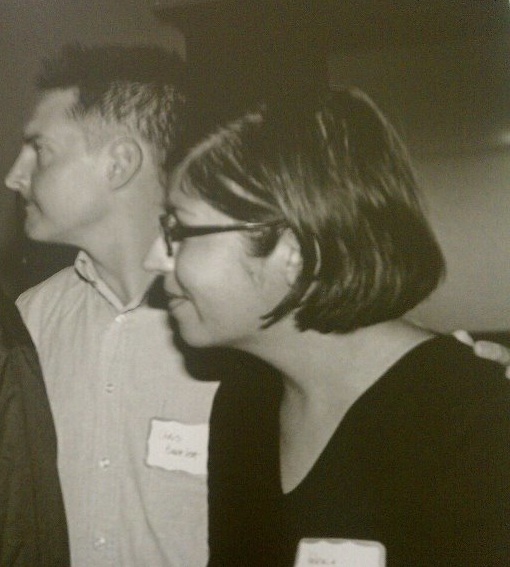 "One of Gloria's fundamental orientations was being a voice for someone who didn't have one. There are dozens and dozens of people who benefitted from her. As one of the founders of the Philly Dyke March, she was really a strong advocate for women. Gloria was incredibly accessible, whether it was having the mayor attend an event or giving suggestions for a policy. Because she really strategized for people and organizations to have the ability to be self-empowered, her work will live on for decades. I was one of the adults who benefitted from her wisdom. There will be many times I will hear her voice when I try to make a decision.” —Chris Bartlett, Executive Director, William Way LGBT Community Center 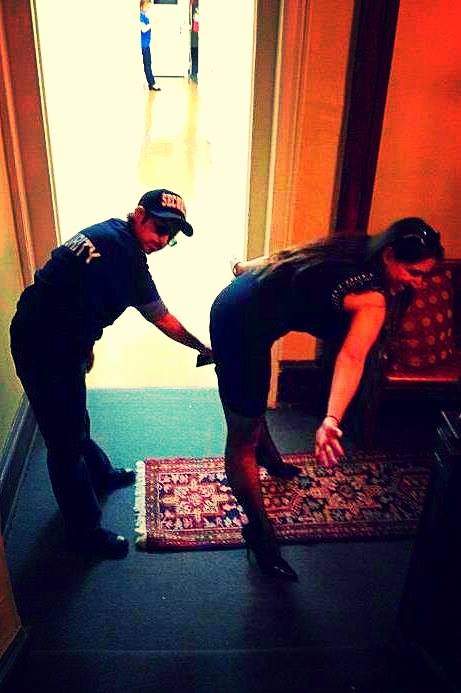 "There are no words to express the profound loss of Gloria. Like she was for many, she was a role model for me and the driving force in encouraging me to take on the job as executive director of Delaware Valley Legacy Fund. In leading by example, she taught me how to lead. While I will miss her leadership, I will most especially miss her friendship. Waking up this morning to a first day without her it makes everything around me feel so much less vibrant. Her love of life infused everything she did; Gloria really knew how to live. She was one of a kind.” —Samantha Giusti, Executive Director, Delaware Valley Legacy Fund 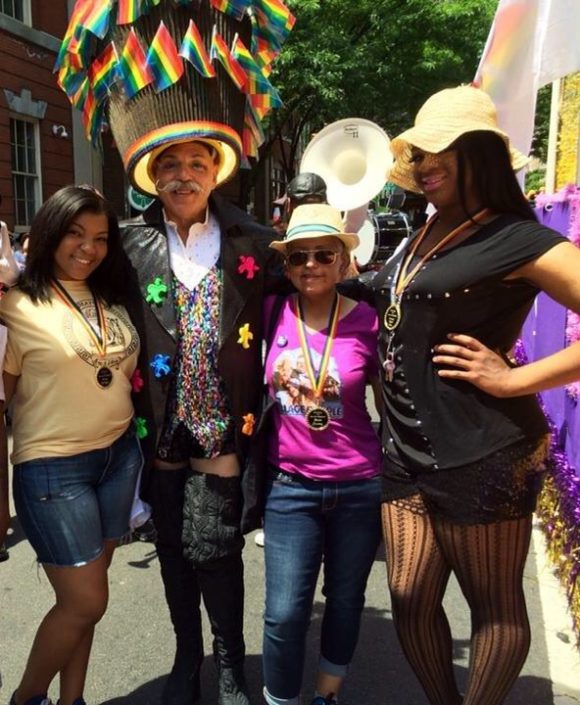 "Year after year, Gloria came up to me at Pride and wanted to know all about the Attic Youth Grand Marshals. She was interested in their lives, their accomplishments, their struggles, and their stories. Together, she and I would walk through the crowds and find them. Gloria would congratulate them and acknowledge their honor. Knowing that she was the Mayor’s Director of LGBT Affairs, the youth felt recognized and truly special. I will really miss her, especially at Pride next year. I am so glad that I saw her a few weeks ago and I’ll fondly remember our last conversation on the never-ending hopes we’ve had for creating housing for LGBTQ youth and how close it seems we are to making this finally happen.” —Carrie Jacobs, Director, The Attic Youth Center 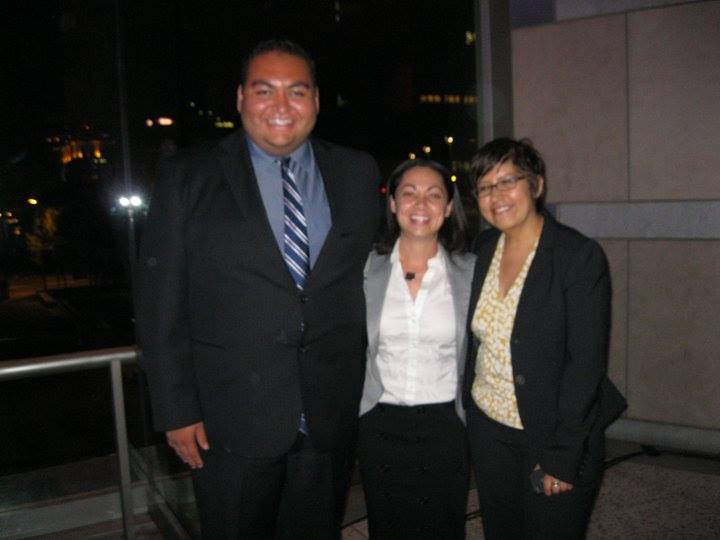 "As a community leader, she taught me so much and influenced how I exist in our community. As a professional colleague, there was no one I enjoyed getting on the phone and bantering with more over whatever issue was at hand than Gloria. It wasn’t abnormal for us to text at midnight over an issue involving the community. In the end, though, no matter how grave or ridiculous the situation, Gloria found a way to make lemonade out of lemons, fix the problem and then laugh about it. To quote her, 'I have an inner hippie. Sometimes I think the greatest successes [the Philadelphia LGBT community has had] have been the bad things we didn’t let happen.'

I don’t think anyone knows how many things 'haven’t happened' because Gloria Casarez was there to make sure they didn’t. While the physical presence of Gloria as a lighthouse is gone, it will always shine bright." —Angela Giampolo, Attorney, Giampolo Law Group 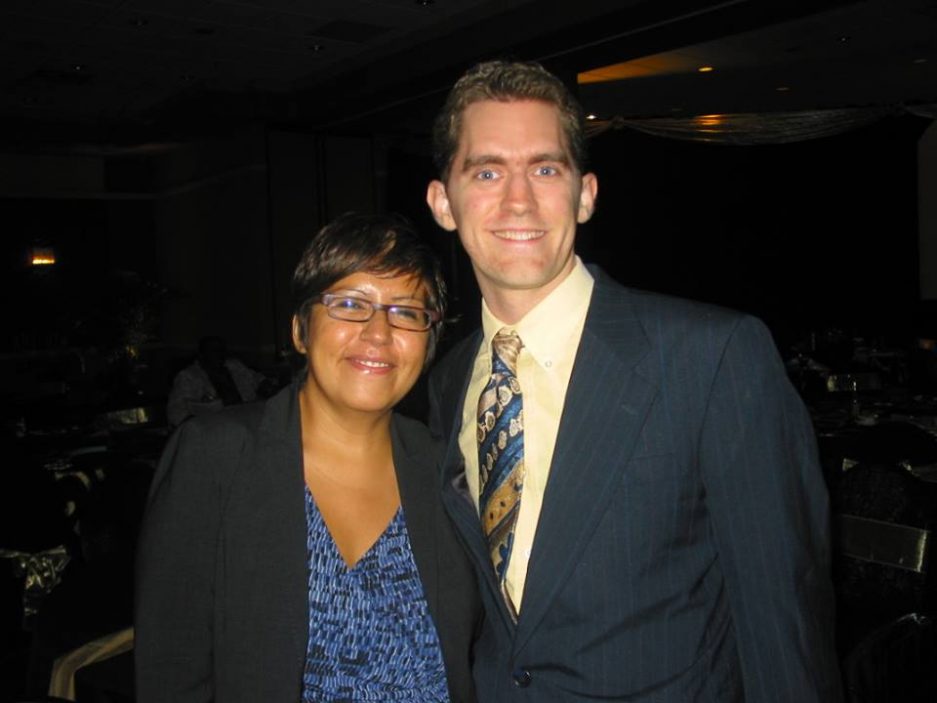 "My heart is heavy. This is an incredible loss for the City of Philadelphia, the Latin@ community and the L.G.B.T.Q.A. community that were so lucky to see the results of her activism, heart and care all these years. Thoughts and prayers are with Gloria's wife Tricia Dressel, family and friends - all of us that will miss her incredibly.” —Michael Beachem, Associate Director, International House Philadelphia 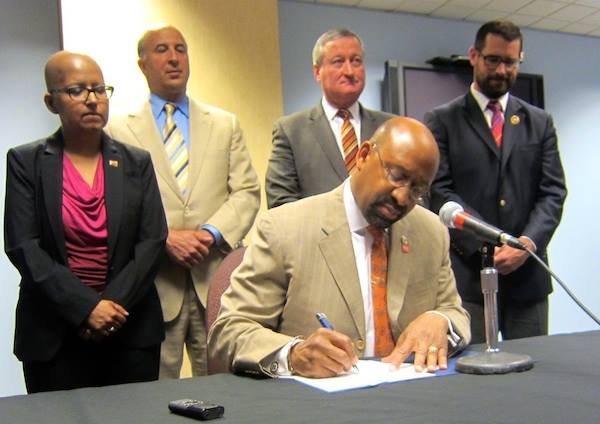 “The impact of Gloria Casarez on what we now consider to be the most LGBT-friendly city in America can’t be overstated. She was a game-changer for everyone in Philadelphia who had been working to bring issues of gender, sexual orientation, gender identity, and racial & ethnic justice to the forefront in government and policy. It would be impossible to envision the experience of an LGBT person in Philadelphia without the hard work of Gloria Casarez. This city will never be the same because of her and it will certainly never be the same without her.” —Representative Brian Sims, Pennsylvania House of Representatives