With apologies to Dr. Albert, here's who the works in his great collection remind me of. I’ll be the first to admit that the probably-expired yogurt in my fridge has more culture than I do. I barely made it out of Art History 101 alive, the first thing that comes to mind when I hear the word “symphony” is the candy bar, and most of my exposure to opera has come in the form of commercials for canned ravioli. That’s not to say that I don’t consume massive amounts of culture on the daily — it’s just not the classy, smart-people-at-an-erudite-cocktail-party kind. It’s more the kind with Jason Statham.

I felt a little out of my league during a recent visit to the Barnes Foundation, which is approaching its second anniversary in its controversial new space on the Benjamin Franklin Parkway. Not having visited the original Merion location prior to its relocation, I was wowed by the intricacies of the idiosyncratic layout of each room, to say nothing of the tremendous work itself.

Of course, since I know very little about any of the incredibly important artists represented in the collection, I felt my brain turning the reins over to the neurons responsible for rotting it. I began noting every portrait that bore even the slightest resemblance to a dumb celebrity or personality, writing the names of the pieces down in my notebook with a pen, until security flexed on me and insisted I use a tiny golf pencil instead. The results are laid out for you after the jump.

I was having fun, but I felt like a total moron — but then I overheard a tourist telling his wife that the dark, disturbing work of morose expressionist Chaim Soutine reminded him of Rod Serling’s Night Gallery. We immediately became best friends, forever, in my head. 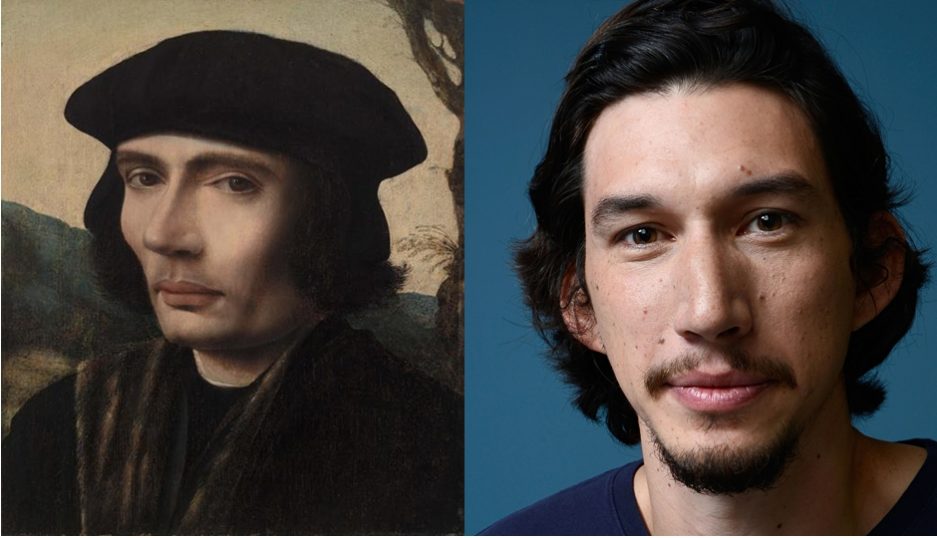 "Portrait of a Man," painted in the second quarter of the 16th century by an unknown Dutch or Flemish Master, totally looks like … Adam Driver from Girls.

"Woman with Muff," painted in 1914 by Marie Laurencin, totally looks like … Léa Seydoux from the acclaimed Blue is the Warmest Color. Why so glum, Léa? You're a beautiful and talented French actress with an accented letter in your name! More like SAD-doux am I right wait where are you going. 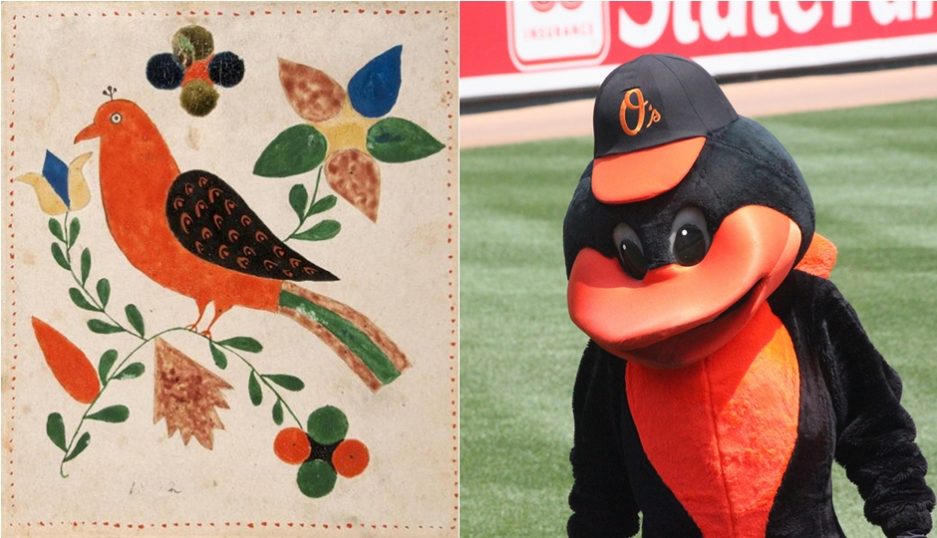 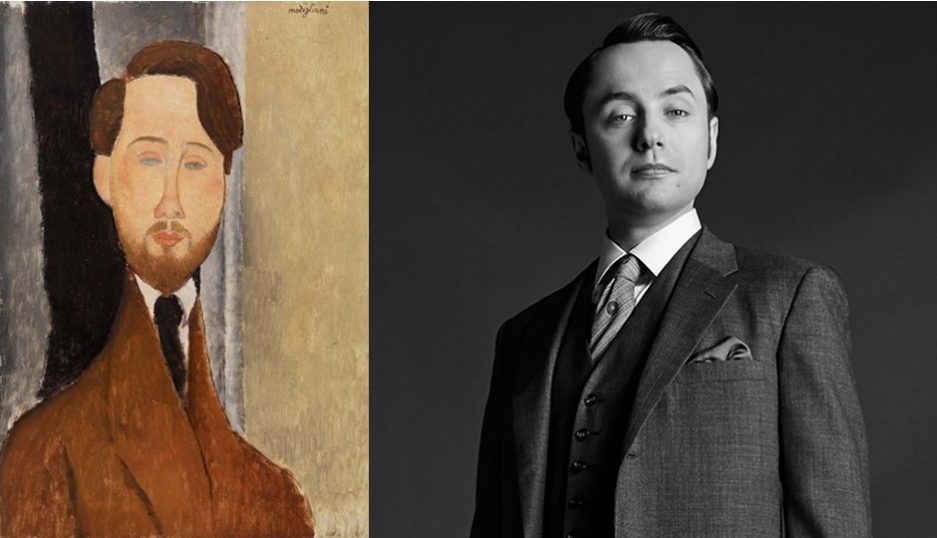 "Léopold Zborowski," painted by Modigliani in 1919, totally looks like … Pete Campbell from Mad Men, if he had a beard. "Pete, Pete, Pete … what are we going to do with you, buddy?" - Everyone who watches Mad Men to their TVs, every week. 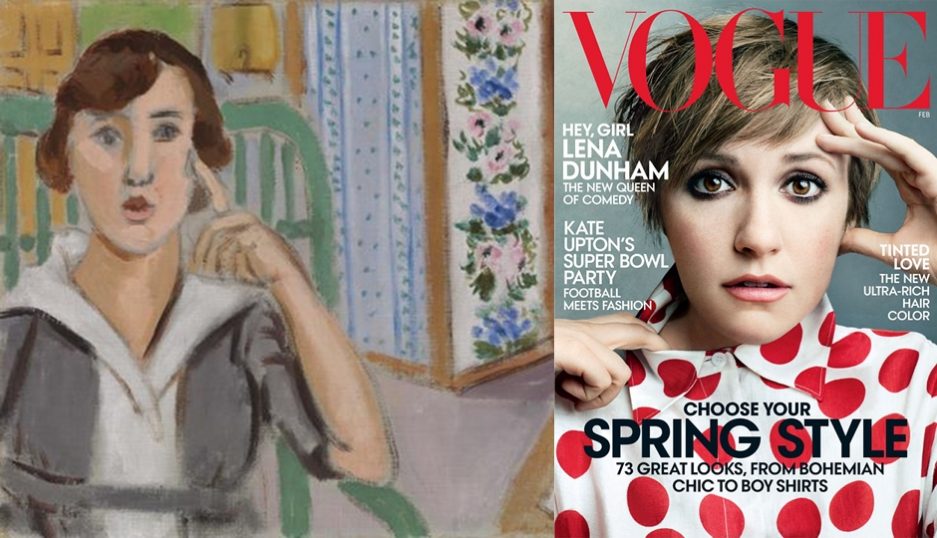 "Woman and Screen," painted by Matisse in 1919, totally looks like … the Lena Dunham cover of Vogue. I'm offering a bounty of $10,000 to anyone who can produce unretouched images from Matisse's sittings. I'm sick of these goddamn impressionists and their cavalier use of light and movement! 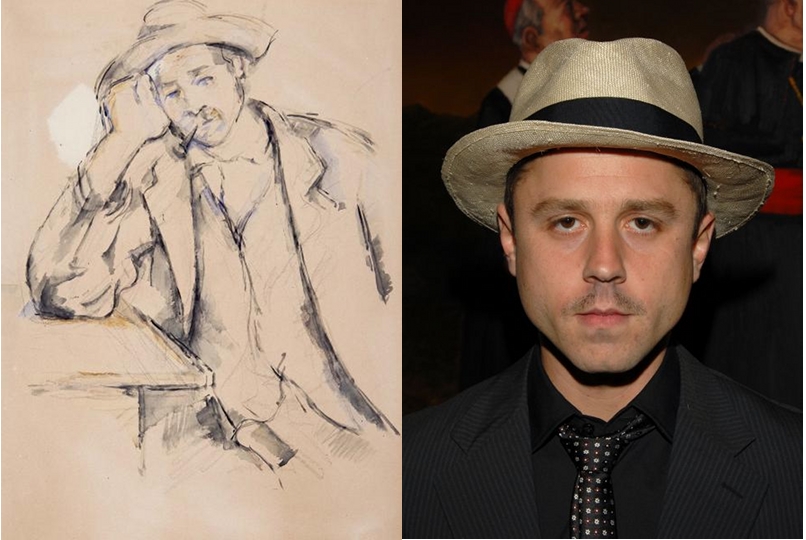 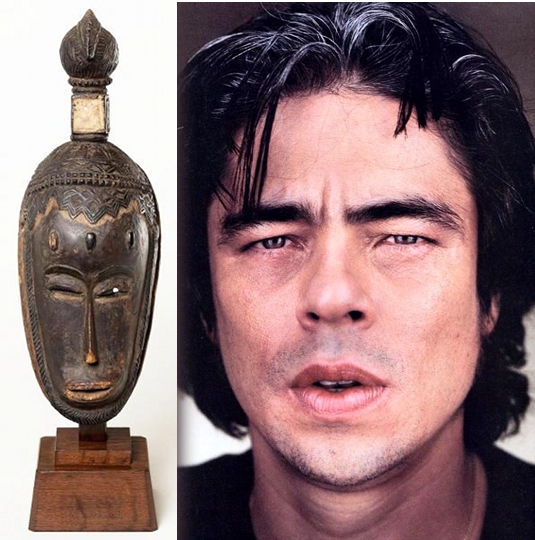 This wooden mask, carved by the Guro People of Côte d'Ivoire in the late 19th or early 20th century, totally looks like … Benicio del Toro. It's rumored the mask actually filled in for the actor for several sequences during the filming of 2007's Things We Lost in the Fire. 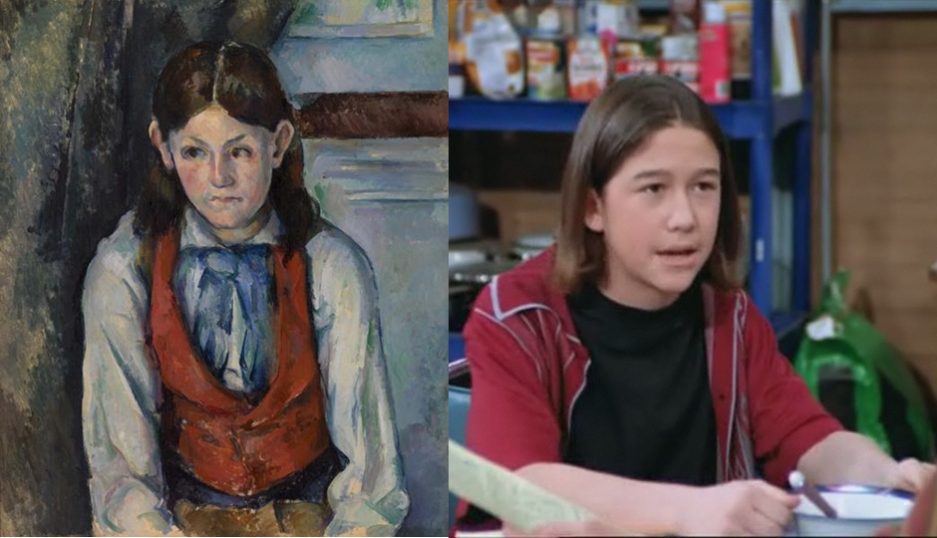 "Boy in a Red Vest," painted by Cézanne in 1888-1890, totally looks like … 3rd Rock from the Sun-era Joseph Gordon Levitt. First and second runners up: Tim Lincecum and Mitch from Dazed and Confused. 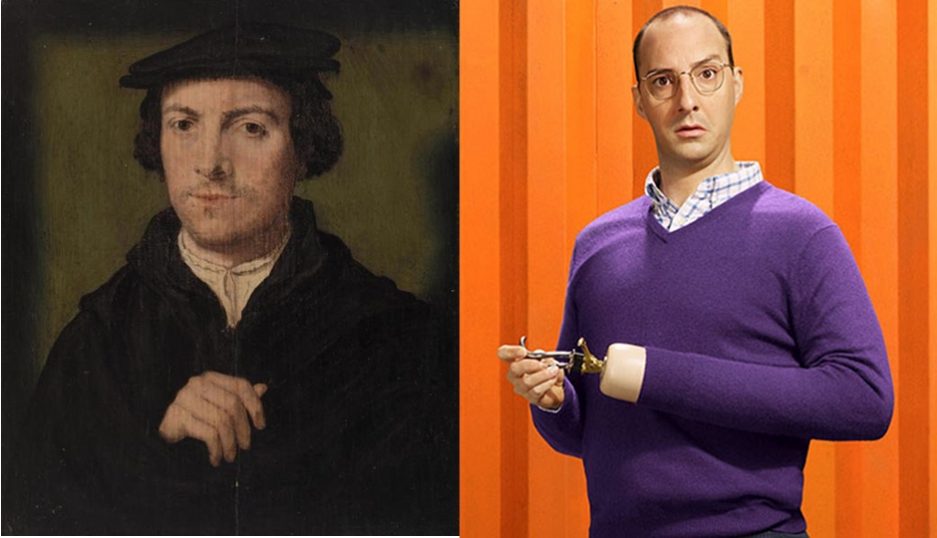 "Portrait of a Man," painted by the circle of Corneille de Lyon in the third quarter of the 16th century, totally looks like … Buster from Arrested Development. You can't tell but the dude also has a hook hand. 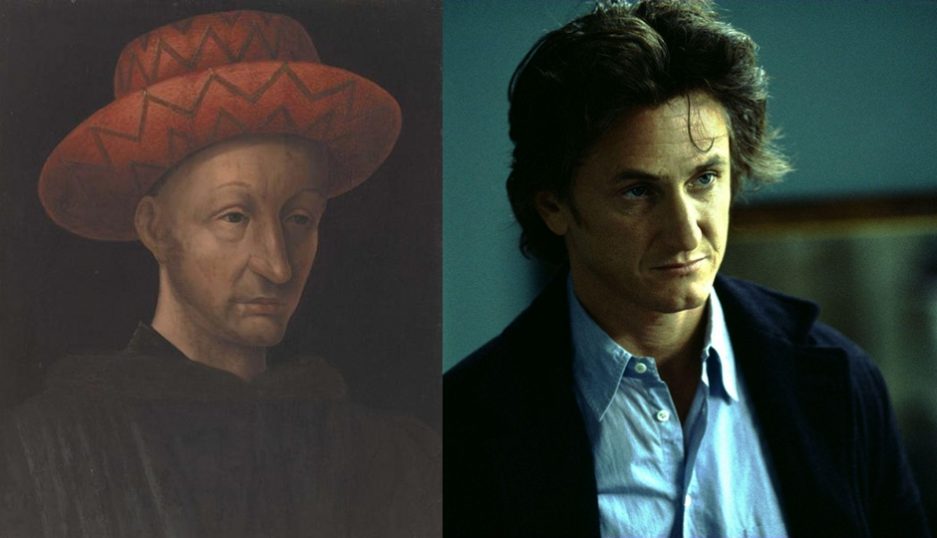 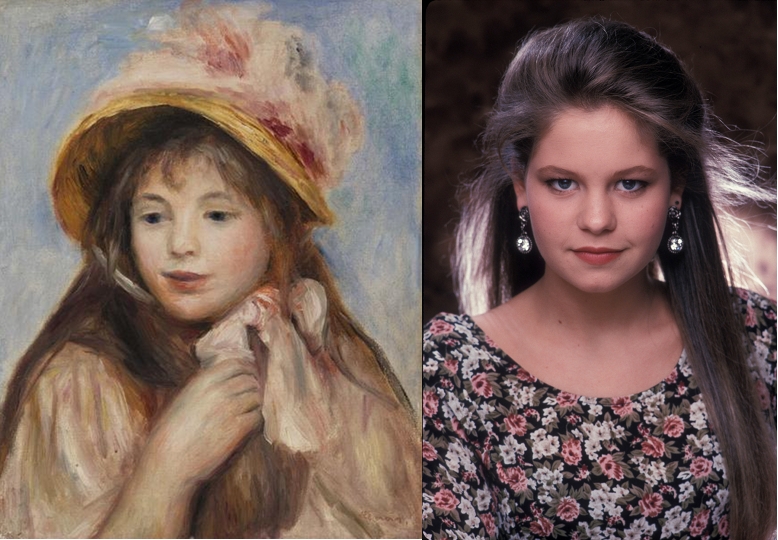 "Girl with Pink Bonnet," painted by Renoir in 1894, totally looks like … DJ Tanner from Full House. 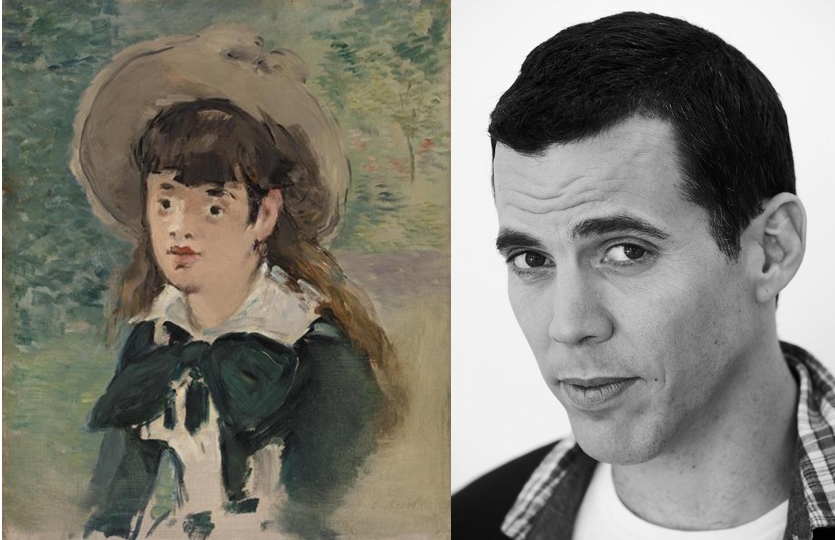 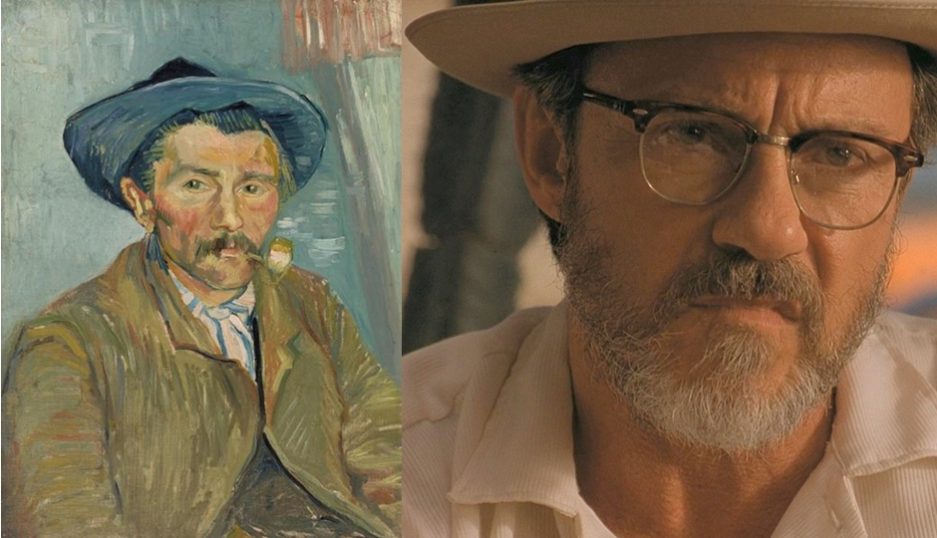 "The Smoker," painted by van Gogh in 1888, totally looks like … a slightly street-smarter version of Harvey Keitel in From Dusk Till Dawn. 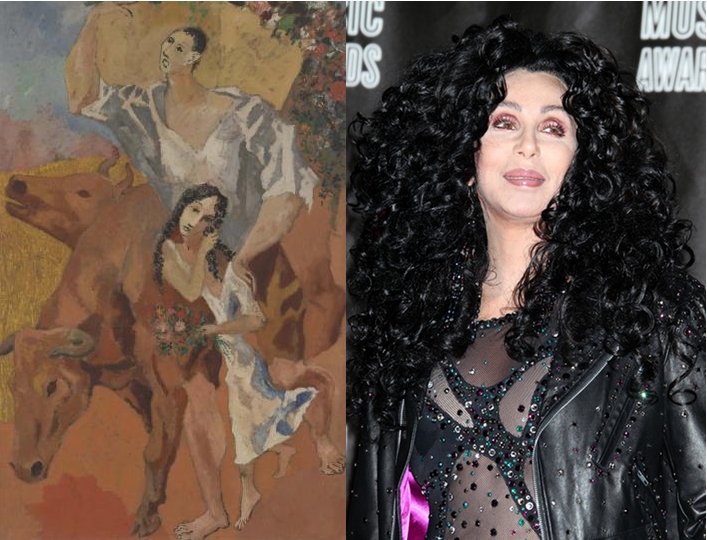 The young girl in "Composition: The Peasants," painted by Picasso in 1906, totally looks like … Curly  Hair Cher! We should all look like Curly Hair Cher, inside and out.