At High Street on Market, the only question you need to ask yourself is, how weird do you want it? IT’S SELDOM A GOOD IDEA to boil down a restaurant recommendation to a tweet-size paragraph, but for prospective visitors to High Street on Market, a short questionnaire might be in order.

Do you go for broccoli rabe? What if it’s fermented? How about juiced and given a leading role in a mezcal cocktail?

If you answered yes to all of those questions, congratulations: You’ve clearly gotten your money’s worth out of your Vitamix! And now Eli Kulp, who made Fork required dining for serious eaters in 2013, has given it a next-door neighbor where you can quench your appetite for left-field gastronomy from breakfast straight through dinner.

Because you might think you like buckwheat. But how about buckwheat bread? Buckwheat pasta? Buckwheat dessert cake—with extra buckwheat (puffed and candied) sprinkled on top?

And speaking of sprinkles, what are your feelings about pureéd eggplant ash? Nutritional yeast? Powdered basil sifted onto an apple slice that floats atop a drink concocted from applejack infused with buttered breadcrumbs?

Be honest: You don’t have any feelings about most of those things, because they’ve never occurred to you. But they have occurred to Kulp, and even if you’re not sure about broccoli rabe juice in your cocktail, don’t let that keep you away. Owner Ellen Yin has definitely given her executive chef a long leash in this adventurous makeover of the old Fork Etc. But for the most part, Kulp’s creations are more esoteric on the menu than they are in the mouth.

There are exceptions. Brunch here sent my better half on a tirade charging High Street with Brooklynizing Philadelphia comfort food. But let’s start with dinner. It’s the best time to experience the unfettered creativity that distinguishes this full-on restaurant from the daytime commissary that preceded it.

Kulp likes to say that if Fork is “one step left of the mainstream,” High Street is meant to be another step or two to the left of that. Even some of the simplest things on offer here push the envelope on farm-to-table fare—which, let’s face it, has been sorely in need of a little pushing for a while now.

One of my favorites was a bowl of flash-fried broccoli florets battered with such a thin coating of rice flour that the resulting shell was barely visible, then tossed with a “chowchow” subjected to a lacto-fermentation that bent the tangy relish halfway toward spicy kimchi. Think tempura toned down from flavor-dominating crunch to tongue-tickling crackle, with a condiment kicked up from one-note quick-pickle to a full chord of funk.

Another was the bucatini with bottarga. Kulp’s house-extruded noodles incorporate seaweed, and his bottarga is made from lobster roe—but that combo actually counts as a straightforward dish here, with the same briny, acidic brightness that makes spaghetti and mullet bottarga a Sardinian standby. And like so many of his pastas, this one was elevated by sprinkles of the most exactingly sifted breadcrumbs—barely visible, but just big enough to crunch.

Tangy eggplant agnolotti touched with jerk spices had a narrower appeal but a mind-bending garnish: goat-yogurt curds sous-vided for 12 hours into caramelization. Perhaps because I’ve never met a dairy product I couldn’t get into (excluding yak’s milk—which, thankfully, remains beyond Kulp’s mostly local reach), I liked them more than anyone else did. Green tea garganelli would have fared well in a beauty contest, but the tart smoked duck ragu overwhelmed their subtle flavor.

Still, everyone who piled lamb tartare and cultured cashew butter onto jet-black rye crackers was smiling. And if Kulp’s “dry-aged beets”—roasted in dry-aged beef fat and dehydrated partway toward potato chip consistency—don’t win you over, it’s time to give up on that root.

Oh, and your bread? It may come out not before dinner but as a prelude to the (uneven) desserts. That’s odd, but fitting, because baker Alexandre Bois’s deeply caramelized and luxuriantly spongy loaves are unsurpassed by anyone, anywhere. Don’t miss the corn-and-molasses anadama miche, or the Finger Lakes buckwheat and sour cherry bread. And at lunch—High Street’s most conventional meal—steer directly toward the fat mound of pastrami on inch-thick slabs of rye.

If you go to brunch, though, be careful about whom you bring along. Kulp fires on all cylinders in the a.m., which translates into some high-toned fare: a sloppy egg sandwich with king oyster mushrooms and kale; zippy ginger yogurt with cardamom honey; squid-ink bialys with smoked whitefish. But pity the b­oyfriend—or kid—who just wants an omelet or a bagel. Even the Roman pizza of the day was an eggplant-anchovy job the morning I went. My wife felt High Street’s inhospitality to non-foodies was snobby—and she’s right. For most people, brunch is comfort (or hangover) food. And Kulp’s creative spin on the meal would have been more welcoming if the menu included a couple boring standbys.

So, Not Boring Enough. I have a hunch Kulp would wear that criticism like a merit badge. He set out to show that a “second-label” restaurant can be every bit as compelling as its pricier progenitor, and has surely put High Street atop the serious eater’s required dining list for 2014. 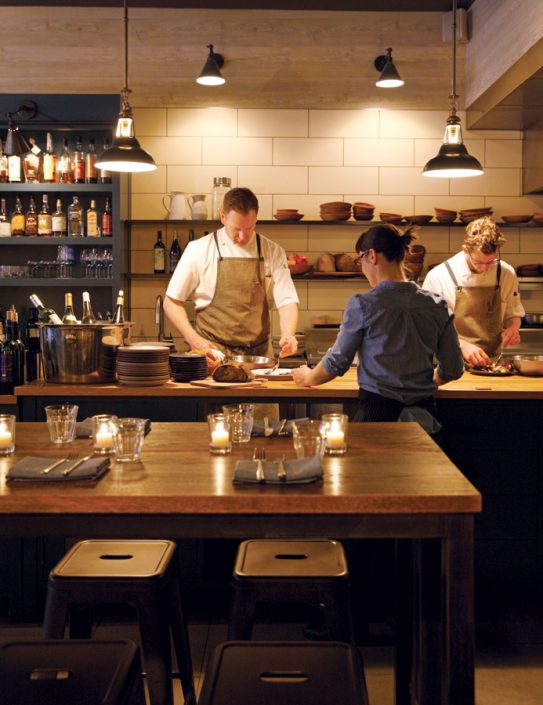 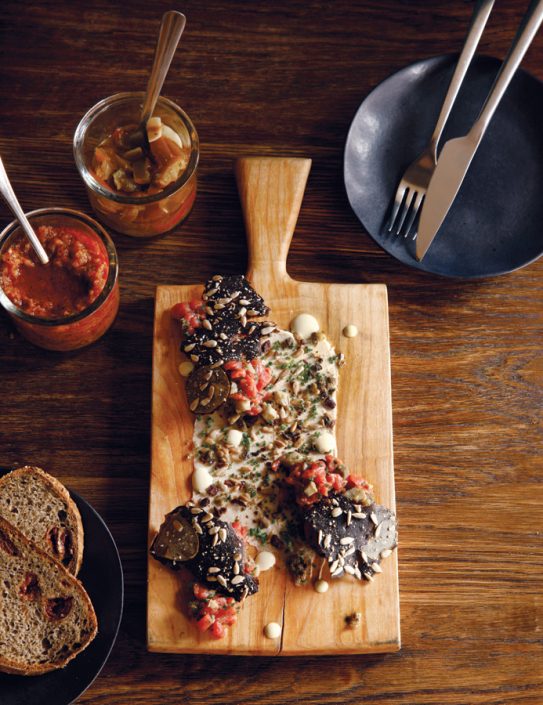 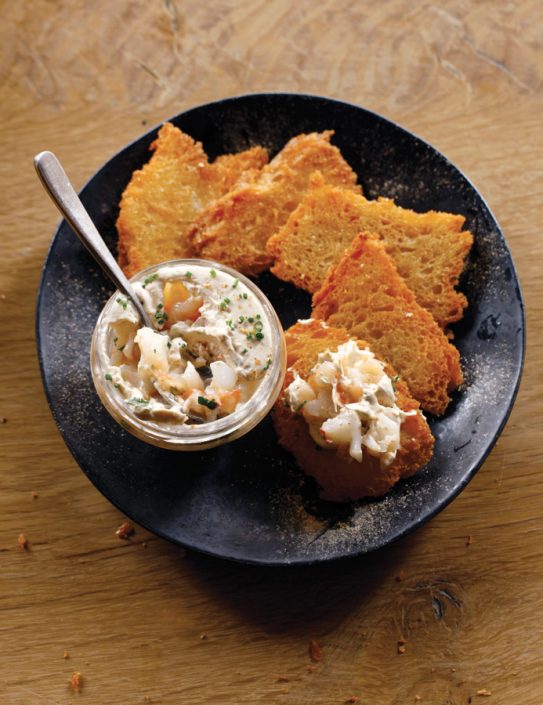 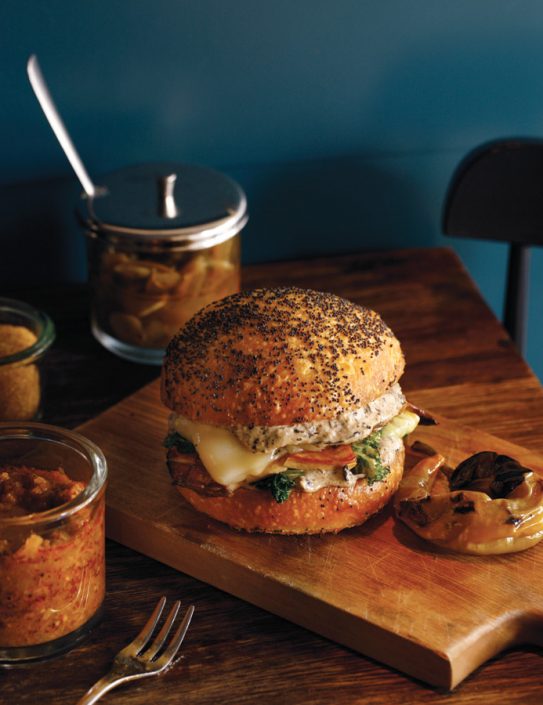