At this afternoon’s announcement of the PA Marriage Equality Act, Rep Brian Sims recognized Philly’s involvement in the cause, saying that Philadelphia has long been a forerunner in assuring rights to its LGBT citizens. “It’s about time Pennsylvania got on board.”

This afternoon, I made my way to Love Park, where state representatives Brian Sims and Steve McCarter were joined by local supporters — including Senator Daylin Leach and Director of the Office of LGBT Affairs Gloria Casarez — to officially introduced HB 1686. More warmly known as the PA Marriage Equality Act, the bill would amend Title 23 of the Pennsylvania Consolidated Statutes to define marriage as “a civil contract between two people who enter into matrimony.”

Sims kicked off the proceedings stressing that the bill isn’t innovative, it isn’t progressive. It’s an about-time piece of legislation that recognizes the fundamental rights of citizens who deserve to be treated equally. But while he believes it’s something that should have been done a long time ago, he said there’s no better time than right now to get it on the House floor: “With the Supreme Court ruling on the Defense of Marriage Act, it became apparent that Pennsylvania cannot continue to be stuck in the past. … Furthermore, the issue is holding back Pennsylvania’s economy. People and businesses are seeing states that have true marriage equality as more attractive to them, and they’re spending their money in those states. This lack of equality is holding us back. Where are we at in our government where you  lose rights by crossing a border?”

McCarter spoke next, also iterating the fact that we are not only talking about a bill that would fulfill basic, necessary rights for LGBT citizens, but would help the state’s economy. “Pennsylvania loses out on people going out of state to marry. That’s something opponents should be cognizant of,” he said. The bill is currently co-sponsored by 35 legislators, and there is a companion bill in the Senate, Daylin Leach’s SB 935, that he said adds to the momentum for citizens to contact lawmakers to urge them to sign on to support the bill. “We can no longer afford to sit on the sidelines and watch as the rest of the country evolves to accept what should already be state law.”

So how sure are the reps that this bill would actually pass? Sims said he’s 100 percent certain, and that he can see a path to its enactment. But with both sides of the house controlled by Republicans and a marriage-equality opponent sitting in the governor’s chair, he agrees it would probably have to wait till the next (hopefully Democratic) governor is elected into office. That’s not to say, however, that we can’t make real headway with the five other cases that are currently challenging Pennsylvania’s ban on same-sex marriage. On those, Sims laughed, “Whoever gets their first, we’ll all be at the the party.”

Check below for a few photos from the conference, and stay tuned to G Philly for more updates. 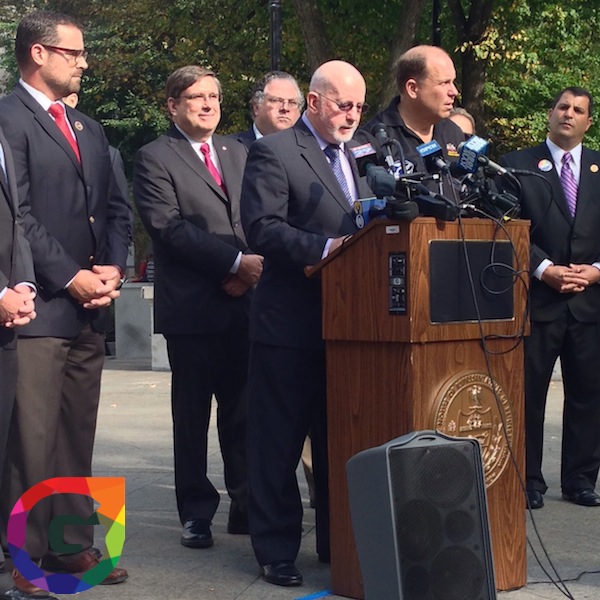 Rep Steve McCarter: "Pennsylvania loses out on people going out of state to marry. That's something opponents should be cognizant of." 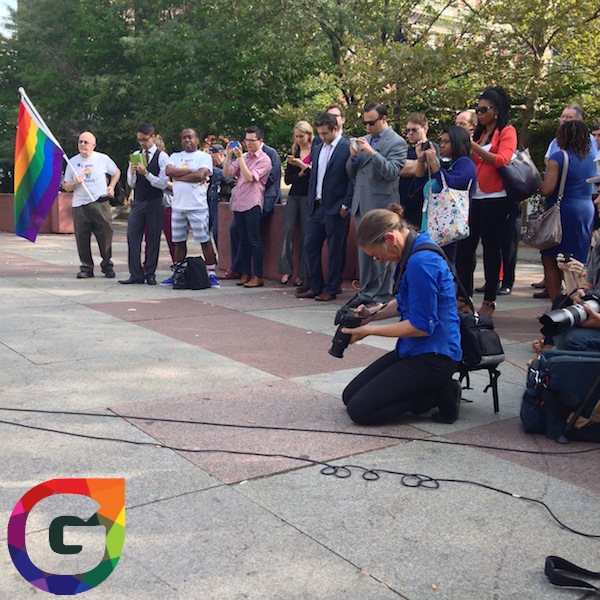 The crowd was a mix of press and local flag-toters. 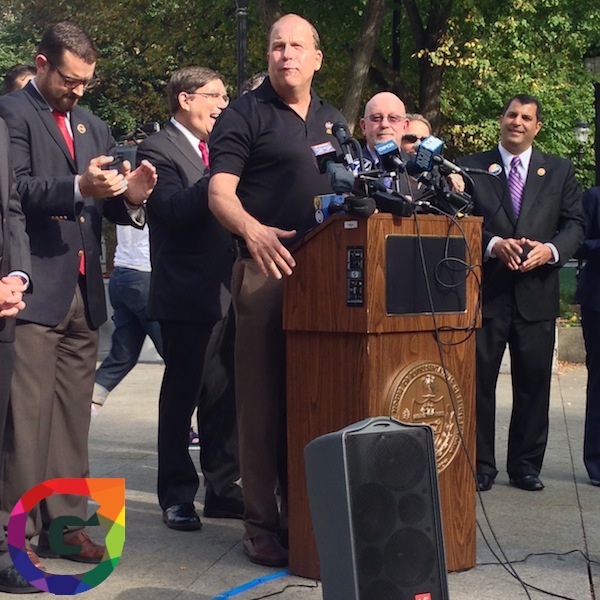 Senator Daylin Leach lent his voice to the cause, saying Pennsylvania's ban on same-sex marriage is a "dead man walking." 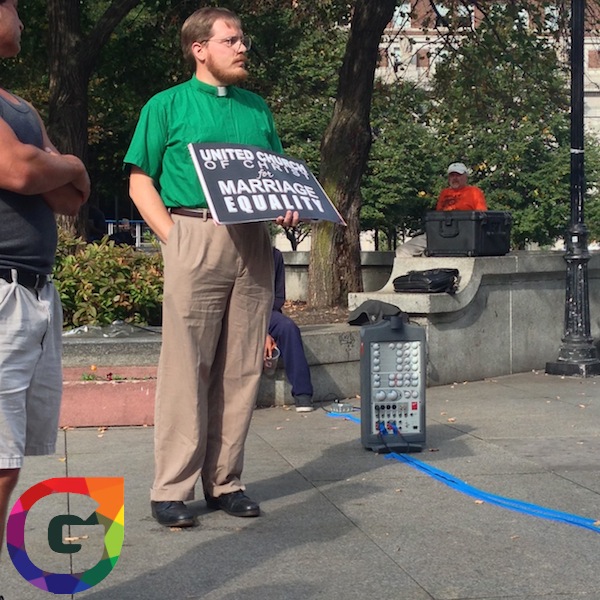 A rep from the United Church of Christ. 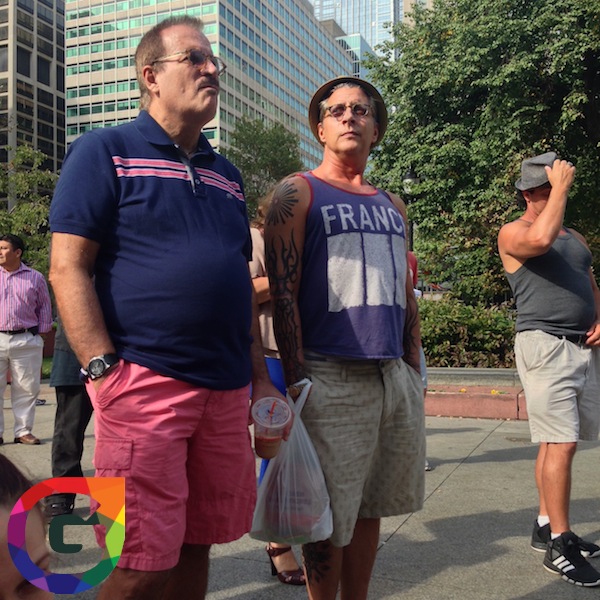 Two attendees looking on as the reps speak. 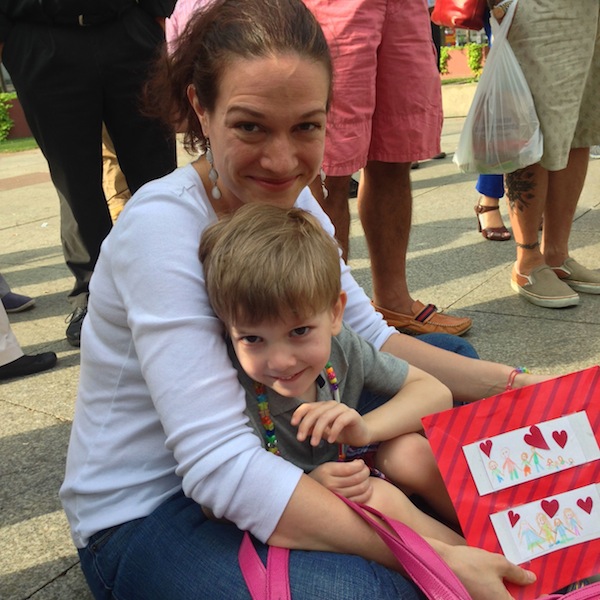 One of the afternoon's tiniest supporters.