From modern Italian to French bistros, where to eat next time you're visiting the Bidens. 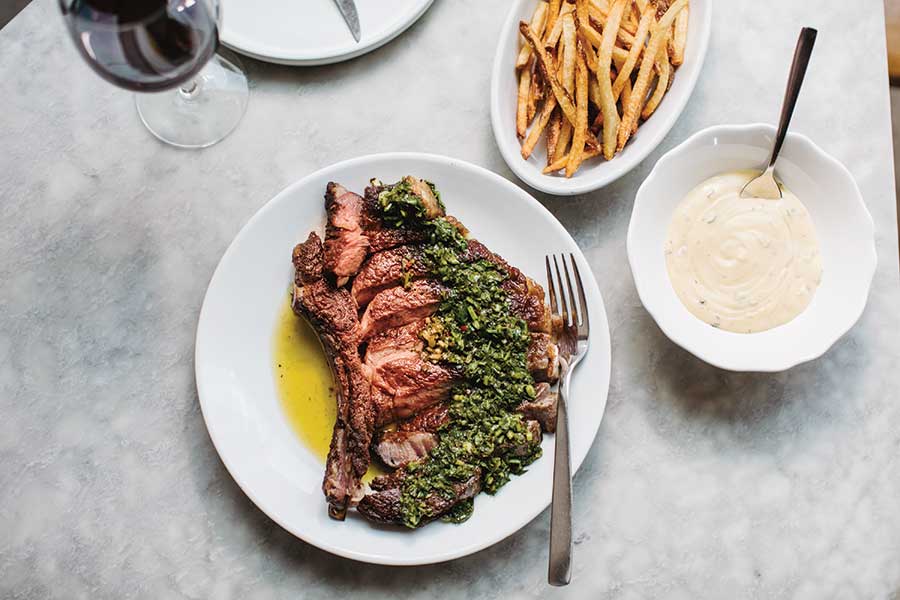 These five Wilmington restaurants will make you a Delaware dining true believer.

Wilmington Is Becoming the It City Next Door

One of the restaurants that put Wilmington on the dining map, La Fia is that warm, welcoming bistro every neighborhood could use. The menu leans French, with influences from around the world: Think crispy and tender duck confit with yuzu, pomegranate, sesame and miso. A nice wine list, with old-world and New World bottles, accompanies dinner here.
421 North Market Street, Wilmington.

Now a two-time James Beard Award semi-finalist, Bardea has been drawing diners from up and down the East Coast. Come for a great pizza or plate of pasta; stay for chef Antimo DiMeo’s surprisingly modern Italian-ish dishes, like a burrata pop tart with fennel and sweet onion jam. By the time you’re reading this, Bardea Steak—what the owners are calling a “meat kingdom”—should be open next door.
620 North Market Street, Wilmington.

The House of William & Merry

Head just outside of Wilmington, to Hockessin, for artful dishes and fine dining in a picturesque 100-year-old farmhouse. The House of William and Merry is named for its owners, Merry Catanuto and Bill Hoffman, professional chefs who’ve cooked near and far. Seasonality guides their menu, which combines rich and rustic ingredients with modern technique to create plates that look almost too pretty to eat.
1336 Old Lancaster Pike, Hockessin.

You wouldn’t expect an intimate 28-seat steakhouse in a strip mall. Snuff Mill makes it work with one of the region’s top chefs, Robert Lhulier, in the kitchen and wine curated by Dave Govatos, who owns the neighboring bottle shop. Lhulier’s use of local ingredients, including veal, seafood, cheese and produce, is all the more reason to visit.
1601 Concord Pike, Wilmington.

Published as “Taste the First State” in the May 2022 issue of Philadelphia magazine.