We all need a cozy bar for a pint and a couple of snacks. These are our favorites. 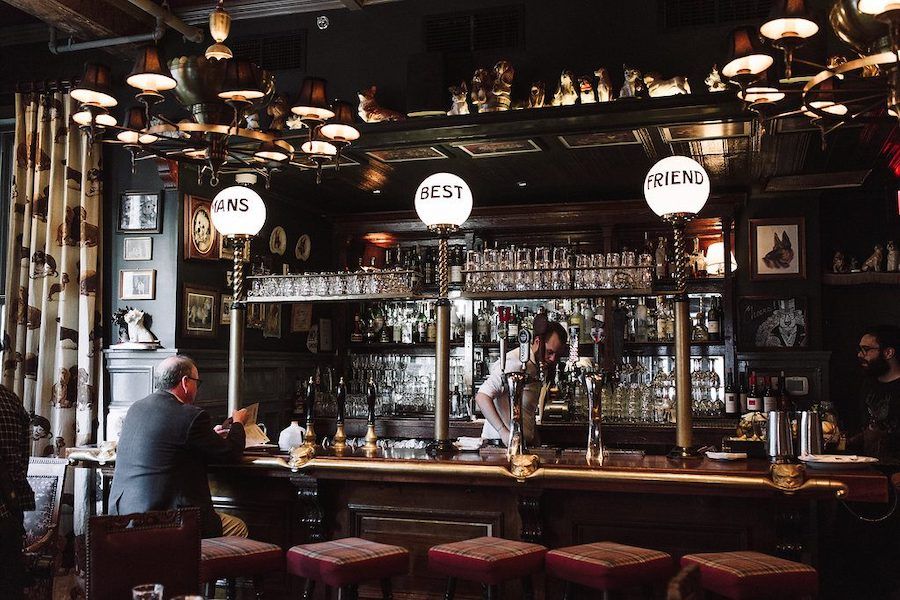 There is a distinct pleasure in finding the exact right place for a cold-weather drink in the fall, and nowhere hits the mark better than the cozy pubs and taverns of Philadelphia. These are places with less pretension and more delicious food. Spots where you can tuck into a nice burger and a draft beer, where you won’t be rushed out and you will be greeted like a regular every time. These are neighborhood spots worth going out of your neighborhood for.

The Dandelion Pub, Rittenhouse
One of the most important things to know about the Dandelion is that, upstairs, there is a fireplace, which makes it the ideal spot anytime the weather dips below sixty. The food menu is distinctly British and leans fancy, as do the cocktails.

McGillin’s Olde Ale House, Center City
McGillin’s gets points for being the oldest bars in the city. It opened in 1860 and has seen a whole lot since then. But it’s more than just a novelty: They’ve got 30 beers on tap, a delightfully cozy food menu, and some of the best holiday decor in the city once it gets to be that time of year.

Monk’s Cafe, Center City
Monk’s is famous for being a pioneering force in bringing great craft beer from all over the world to Philadelphia. They still have one of the best programs in the city, but you don’t have to be a beer nerd to enjoy a pint, mussels, fries, and a burger in one of Philly’s coziest spaces.

The Black Sheep Pub, Rittenhouse
In a neighborhood where fancy reigns supreme, we love Black Sheep for a late-night snack and a casual drink. Every Wednesday they host Quizzo, and every weeknight they host happy hour from 4 p.m. to 7 p.m.

Fergie’s Pub, Center City
Here, there’s no pretense. There are no TVs. There’s just an extensive beer selection and a food menu that covers all the bar food must-haves: wings, soft pretzels, nachos, and fried pickles.

The Pope, East Passyunk
It’s easy to lose track of the Pope with the showier, more modern spots on the rest of the Avenue, but they’re always there for us when we come back to them: ready with frozen slushies, affordable beer, and a plate of hot pierogis.

New Deck Tavern, University City
New Deck is an Irish bar with a college-neighborhood feel. They serve gigantic Moscow mules in huge copper cups, beer-mosas, and they always have drink deals when the Eagles are playing.