Where to Eat Fish and Chips in Philadelphia

Philly has more than a handful of British-themed restaurants and pubs ready to remind us that fish and chips is the perfect sunshine-and-good-times meal. 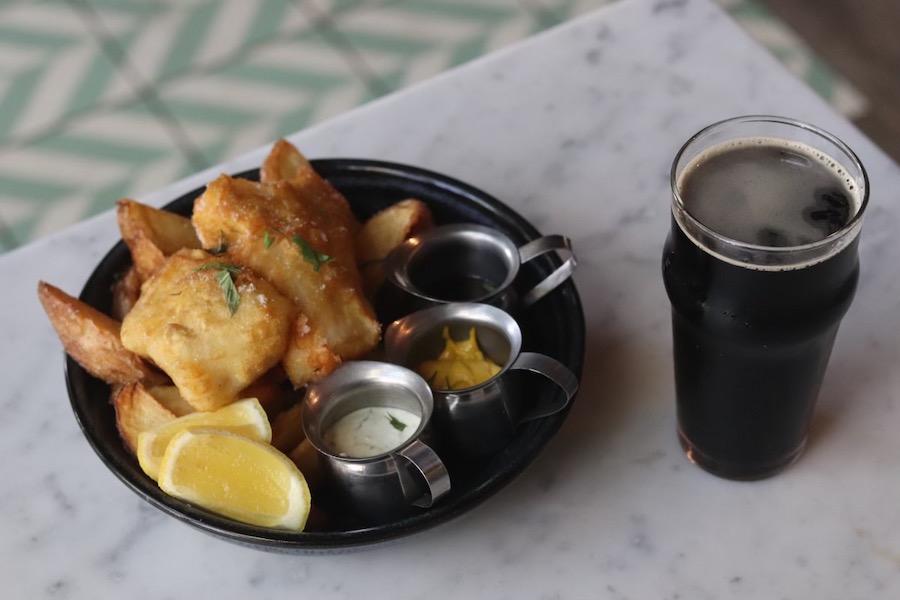 Any food culture that says fried fish and fried potatoes is a balanced meal is a food culture we can get down with. Luckily, Philly has more than a handful of British-themed restaurants, cafes, pubs, pie shops, and more ready to remind us that fish and chips is the perfect warm weather, sunshine-and-good-times meal. Here are some of our favorites.

Bloomsday Cafe, Queen Village
There are two downfalls of fish and chips: dry fish and soggy batter. Bloomsday hits the mark perfectly with their Fridays-only fish and chips special. An added bonus: Though Bloomsday’s menu focuses on lovely wines, they throw in a pint of local beer with each fish and chip order.

The Dandelion, Rittenhouse
The Dandelion is the go-to spot for all things British, including fish and chips which they make with line-caught cod and serve with extra-crispy chips.

Fergie’s Bar, Center City
Fergie’s puts a nice Philly twist on their fish and chips by frying them in a batter made with Yard’s Brewing Company Philly Pale Ale.

Watkin’s Drinkery, Wharton
Watkins is the kind of neighborhood bar where you go for a drink and end up having an unexpectedly delicious meal. It’s unpretentious, friendly, and the fish and chips pair nicely with their lineup of craft beers.

The British Chip Shop, Haddonfield
This cozy restaurant tucked away in Haddonfield is the New Jersey go-to for British essentials, including excellent fish and chips, bangers and mash, and a full English breakfast.

Stoney’s Pub, Wilmington
Look for the British flag awning on a random strip of highway in down in Wilmington and you’ll know you’re in the right place. Their signature fish and chips are made with fresh white fish and hand cut chips.

New Deck Tavern, West Philly
New Deck Tavern has been nestled in an empire-style row house since 1986, serving American and Irish bar snacks including a flaky cod sandwich and the classic fish and chips.