Chef Kevin Yanaga operates Omakase by Yanaga out of his Fishtown izakaya, with two nightly seatings running Thursday through Sunday. 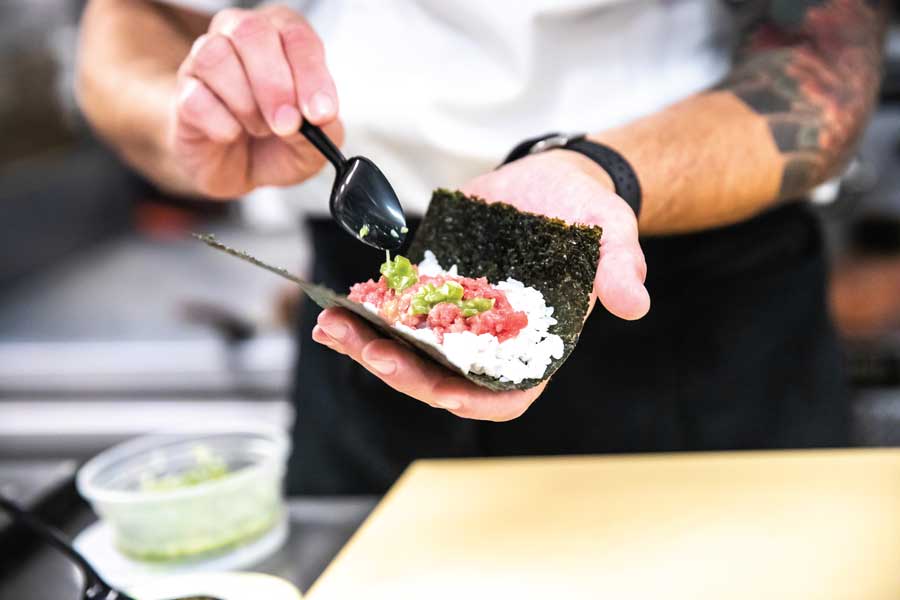 A hand roll at Izakaya by Yanaga / Photograph by Eddy Marenco

It has been a long time coming, but sushi chef Kevin Yanaga’s piggyback concept — Omakase by Yanaga, which operates out of a new space inside Izakaya by Yanaga on Frankford Avenue — is now officially open.

The omakase has just eight seats, set in an intimate space attached to the existing restaurant. Only two seatings are available each night (Thursday through Saturday) and the meal costs $195 per person. The earlier seating starts at 6 p.m. and then the second gets going at 8:30 p.m., meaning that a meal here will last around two hours.

But in that two hours, you’ll be served a 25-course menu dreamed-up and assembled by the chef, consisting of nine amuse dishes, 12 pieces of nigiri, three larger plates, and because that’s only 24 courses, probably a dessert. Or maybe a cheeseburger thrown in just for fun. Who knows? That’s the fun of an omakase menu: you never know exactly what you’re going to get.

Sake and wine pairings are available, too. There’s an explainer video on the whole process right here. And you can make reservations here.