Audrey Claire Is No More. Charley Dove Might Become Its Indispensable Replacement.

The successor to one of the most beloved Philly restaurants of all time obviously has big shoes to fill. It's off to a great start. 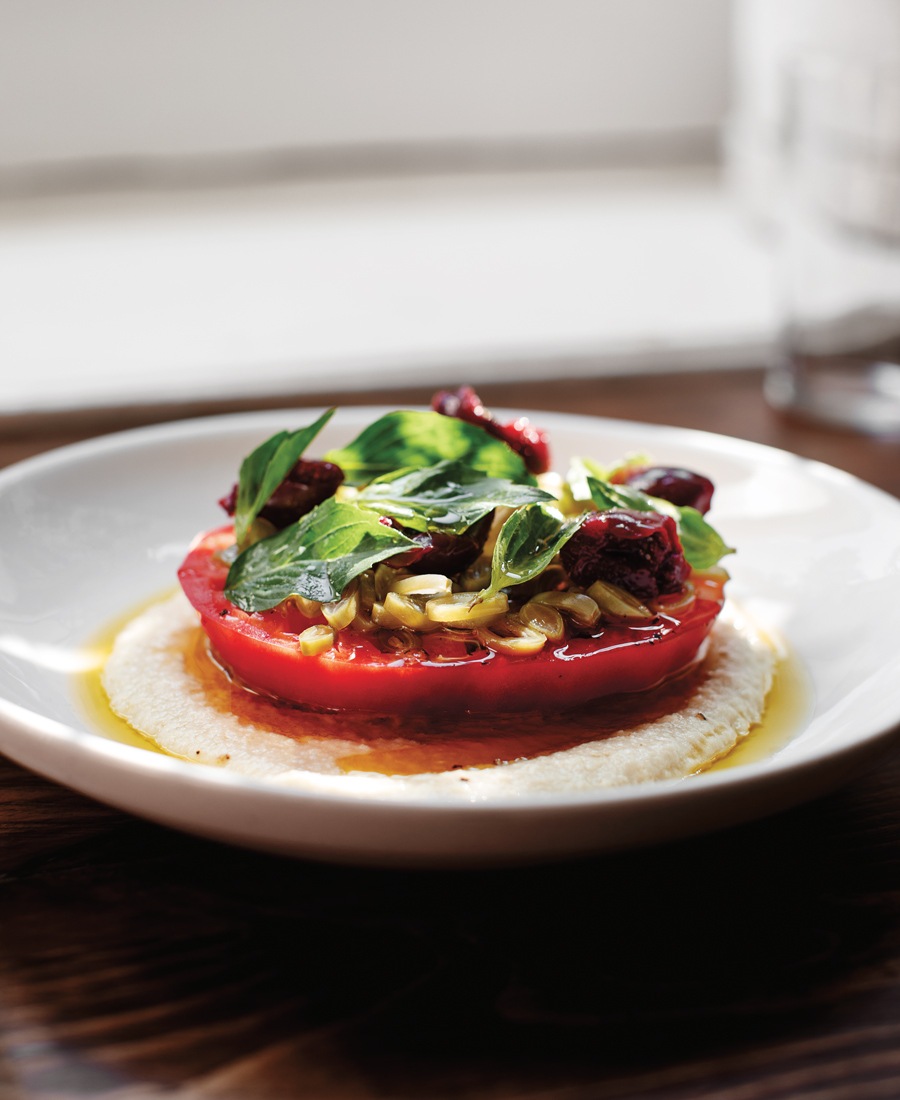 The heirloom tomato special at Charley Dove in Rittenhouse. Photograph by Jillian Guyette

For those of you who don’t follow the shifting tides of sway and power in the restaurant scene, let’s start here: Forever ago, restaurateur and all-around society swell Audrey Taichman opened a little restaurant in a former five-and-dime in Rittenhouse Square. It had big windows (unheard-of at the time), a casual, almost thrown-together feel, and her name over the door: Audrey Claire. It was, to put it mildly, wildly successful. Even more remarkable? It stayed that way for nearly a quarter-century.

But at the beginning of 2018, Taichman decided it was time to move on. She sold Audrey Claire (and her other restaurant, Twenty Manning Grill) to friend and fellow Rittenhouse veteran Rob Wasserman (who owns Rouge). For a while, Audrey Claire operated the way it had always operated, but in the spring of 2021, Wasserman retooled and renamed the space. The menu, always a kind of Euro-Cali-Mediterranean mash-up, was revamped, but the inspiration remained the same: like being on the Côte d’Azur and finding a place that knows how to use Jersey corn, or stumbling on an unassuming little neighborhood spot in Sausalito that serves baby chicken in apricot jus and whole branzino with zhoug and harissa.

Order This: The tomato special if it’s still on the menu. Anything in season if it’s not.

That’s Charley Dove. Those same dark wood floors, same mint green accents and cool, calm colors. The same here-but-elsewhere feel that was always Audrey Claire’s most powerful magic, only refreshed now for 2021. In the kitchen, veteran chef John Taus, his chef de cuisine Adam Carson and their crew are putting za’atar on things (lots of za’atar) and roasting pickled cauliflower. They’re making baba ganoush and whipping up yogurt with lemon, and cucumber for the branzino. There’s baked feta and egg in a spicy tomato sauce, served in a small cast iron skillet, and swordfish, crowned with salmoriglio, spritzed with lemon and served over a corn and tomato salad. Taus has worked everywhere in this city, and you can taste the influences he’s brought with him. The cauliflower has a Zahav vibe. There’s a Mulherin’s feel to that roasted chicken and the peppers stuffed with lamb and goat cheese, served with a sharply spiced tomato sauce. Nothing is a copy, but there’s a sense of competence and consideration. Of layered flavors thoroughly understood. 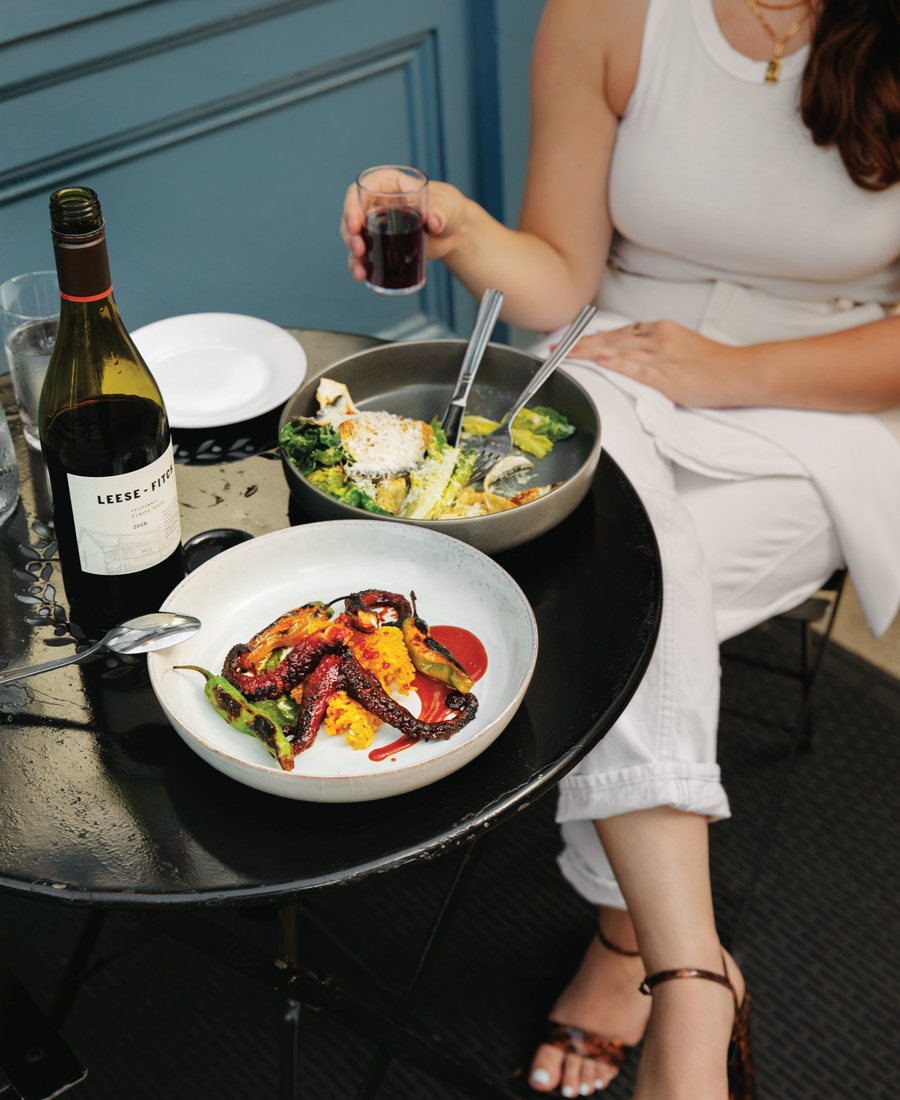 There was this tomato. It was a special on a hot summer afternoon — described to me glancingly by a masked server as he took all my glassware away because Charley Dove is still BYO and in the last 15 months of plague, I have apparently completely forgotten how to operate in Philadelphia restaurants.

It was a beautiful tomato: orange, meaty, cut thick and right out of the center of the fruit. It was topped with slivers of pickled green bean cut razor-thin, small basil leaves, halved sour cherries, olive oil, salt and pepper and sat on a bed of puréed Jersey corn — sweet and savory at the same time, soft as polenta, slightly warm. 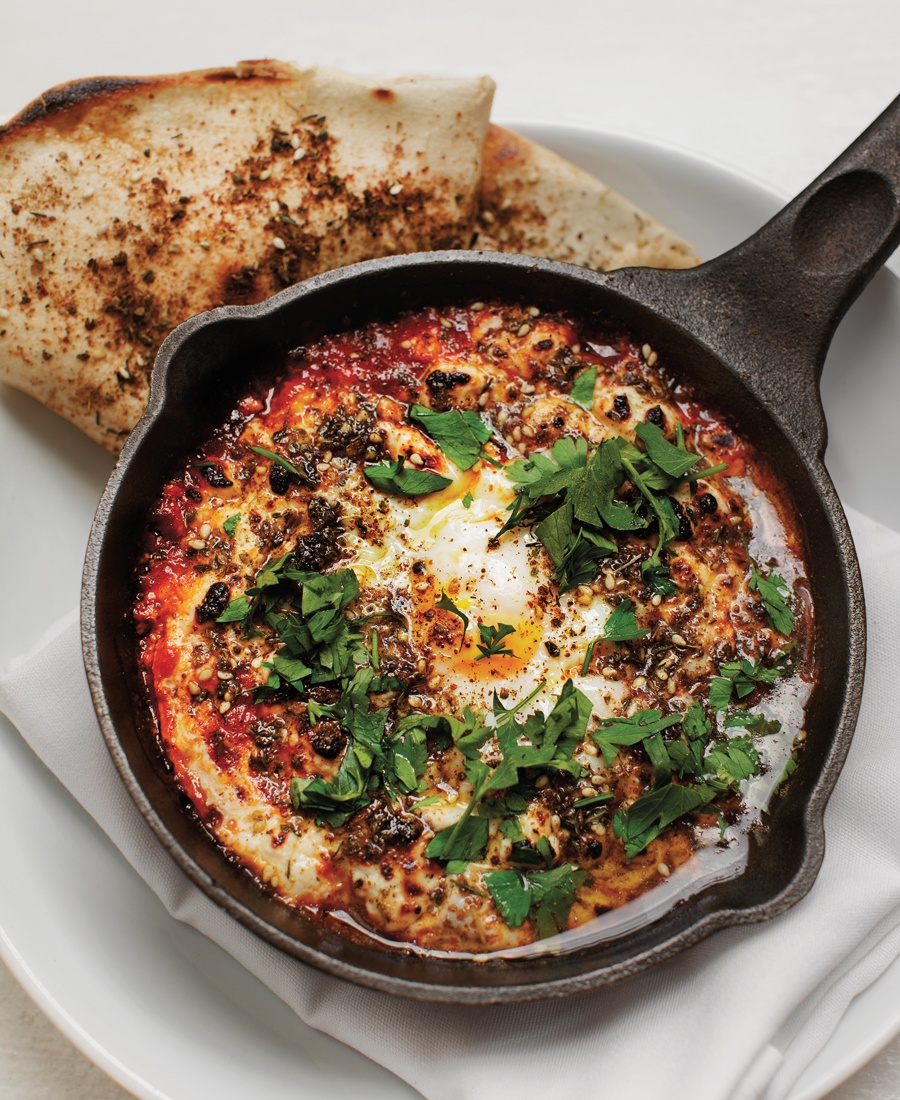 The first bite would’ve blown my hair back even before the world fell apart. Now, it was borderline miraculous. The thick, meaty flesh; the spike of salt and sweet corn. The jagged sourness of the cherries bleeding into the oil and pickled green beans like starbursts on the tongue. It was like that Ray Bradbury story about the boy stuck at home who can only experience summer, sun, rain, the seasons, by sending his dog out into the world and then feeling the wet and sun in its fur when it returns. This tomato was everything missed, everything lost to sweatpants and Zoom meetings and a life left dangling, incomplete, 18 months in the past. There was a joy in it that, until the first bite, I didn’t even know I’d been lacking.

Later, when the plates were being cleared, Taus came out to my table to talk. We chatted about the restaurant, the changeover, how it was going. When he asked what I’d been up to, what was I going to tell him? How weirdly good I’d gotten at Fortnite in the past year and a half? So I talked about the tomato — stuttering and stammering over it because even then, I didn’t quite have the words. 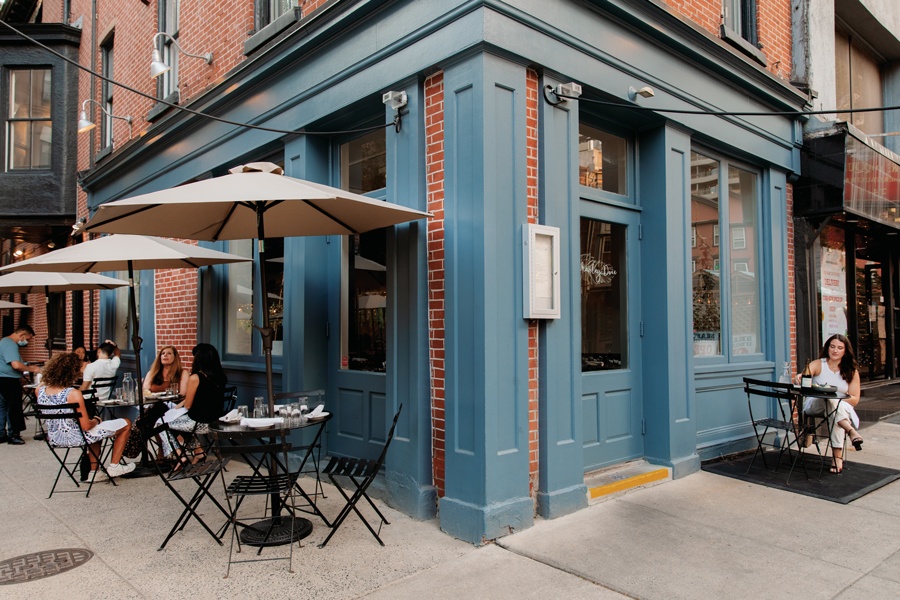 What I meant to say was that there are some dishes that you know are going to stick with you. Some memories that will wrap like fishing line around your heart. I ate plenty of other things at Charley Dove. They were all good, all smart, all as worldly and comforting as a well-traveled suitcase.

But that tomato was something special. Taus told me he was thinking about putting it on the menu — that people kept talking about it, asking him if he was going to keep it around. So it isn’t just me that feels this way. Maybe everyone’s calling the dog back and smelling the sunshine on it. Maybe everyone’s just looking for a taste of something they missed.

Published as “A New Kind of Magic” in the October 2021 issue of Philadelphia magazine.